The Country that Doesn’t Exist: Transdniestria 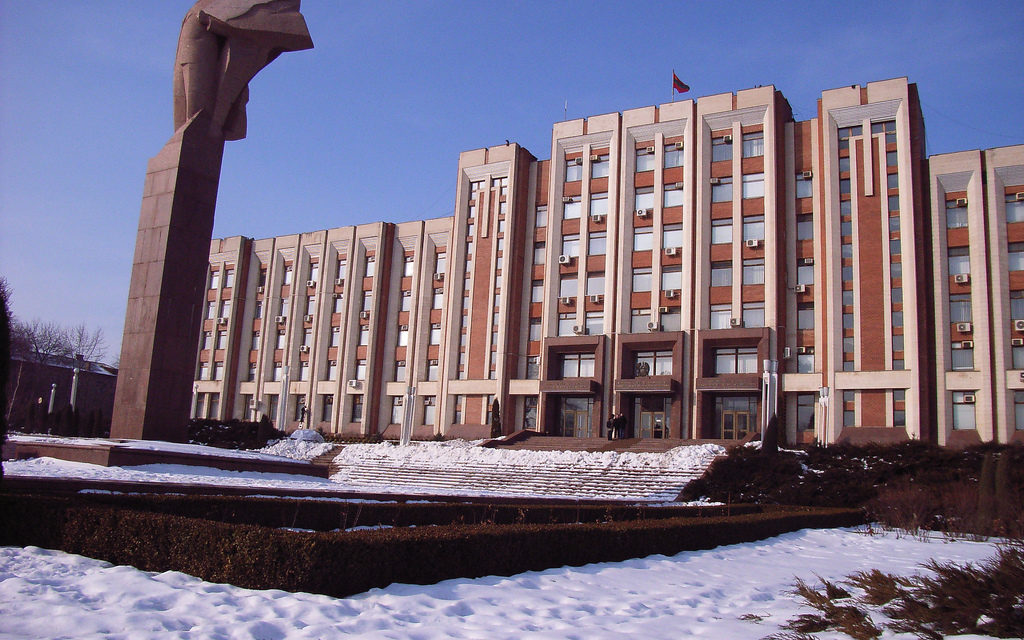 The Country that Doesn’t Exist: Transdniestria

One of the oddest relics of the breakup of the Soviet Union is the Transdniester Moldovan Republic, known locally as Pridnistrovia. As part of the ethnic gerrymandering in the Soviet Union, Moscow added a Russian and Ukrainian populated slice of land on the eastern bank of the Dniester River to the original Moldovan Soviet Republic. This was part of a larger policy of diluting ethnic concentrations in all of the republics to weaken any indigenous nationalism. The majority of the factories and profitable industries were located in this section of Moldova (populated by more loyal Slavic citizens). 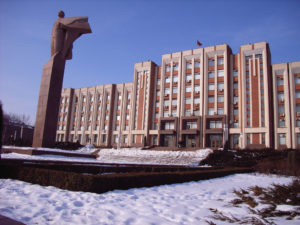 Once the Soviet Union broke apart, the Moldovans began to vigorously exert their control of government to insist on the official use of the Romanian language in all aspects of official and commercial dealings. The Slavic region of Prinistrovia declared independence and fought a small war in 1992. The 14th Russian army supplied their ethnic kinsmen with weapons and a ceasefire has held since then, though both sides wage a cold war of sorts with various economic sanctions that have halted almost all commerce between the two sides.

The result has been an extremely unusual arrangement. Prinistrovia has issued its own rubles, maintains an army, issues passports and is essentially an independent country. A continuing Russian military presence has kept the peace between the two sides. As with most political problems, it is the local people who suffer. Most of them have juggled Russian, Prinistrovian, Ukrainian, and Moldovan passports in order to travel abroad. Considering the extremely small size of the country, traveling abroad usually involves a trip of less than an hour. Meanwhile, ethnic Slavs from Prinistrovia have to deal with unofficial hostility in Moldova and Moldovans deal with the same in Prinistrovia.

The US Embassy doesn’t maintain any presence and is far from enthusiastic about Americans traveling there. Moldovans in Chisinau assured me that in addition to the armed men I would find on the street, the local police would shake me down for bribes on every corner and I’d be lucky to make it without landing in the local KGB interrogation room. Naturally I had to go see for myself.

Arriving at the international border the immigration officers made about a dozen phone calls to authorize my entry. They gave me a bit of a drilling as to the purpose of my journey but were friendly enough and finally gave me a registration document to keep with my passport during my stay.

Despite my cautious welcome, I spent a great weekend in this country that doesn’t officially exist. Once the locals got over the shock of seeing an American everyone was very welcoming and hospitable. A very warm and friendly family whose daughter had been an exchange student in Iowa was kind enough to host me over the weekend.

Prinistrovia has preserved many of the communist organs of government. A large statue of Lenin stands in front of the Supreme Soviet building, the Communist Party publishes a daily Pravda and the streets all have their original soviet names unchanged. These communist trappings lie right alongside the president’s sons’ local business monopoly named “Sheriff”. Sheriff owns the local casinos, all the local sporting teams and betting parlors, the supermarkets, and has a controlling share in every viable enterprise. Underlying the outward polish and modern facades to these enterprises is the unspoken reality that the members of government and their relatives have profited tremendously from the “independence” status quo and that the full force of the state is brought to bear against any competitors.

I had a chance to meet some of the most talented English-speaking high school seniors from the capital, Tiraspol. They all wanted to study in Ukraine or Russia. The state university had previously been just a teacher’s college. Even though additional faculties had been added on post-independence, it was not at the same standard as a university in Odessa or Moscow. A few of the student’s parents had fought in the short conflict and not a single one of them wanted to study in Moldova or identified with the Romanian culture just across the river.

I made my way back to Moldova. It only took fifteen minutes to get through the checkpoints on the return. Moldovan officials maintain that visitors to Prinistrovia are still within Moldova so the customs are much less onerous. It’s an odd arrangement and neither side seems willing to budge. As a result, the people of Prinistrovia will most likely continue to deal with the burden of finding their homes on the wrong side of international, cultural and historical boundaries. 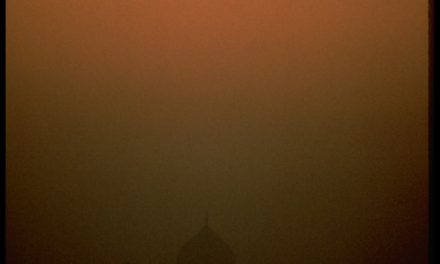 Photo of the Week: Taj Mahal at Dawn 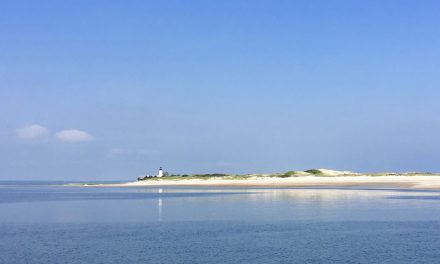 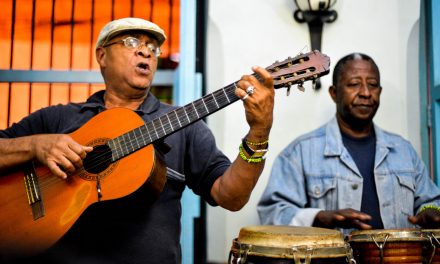