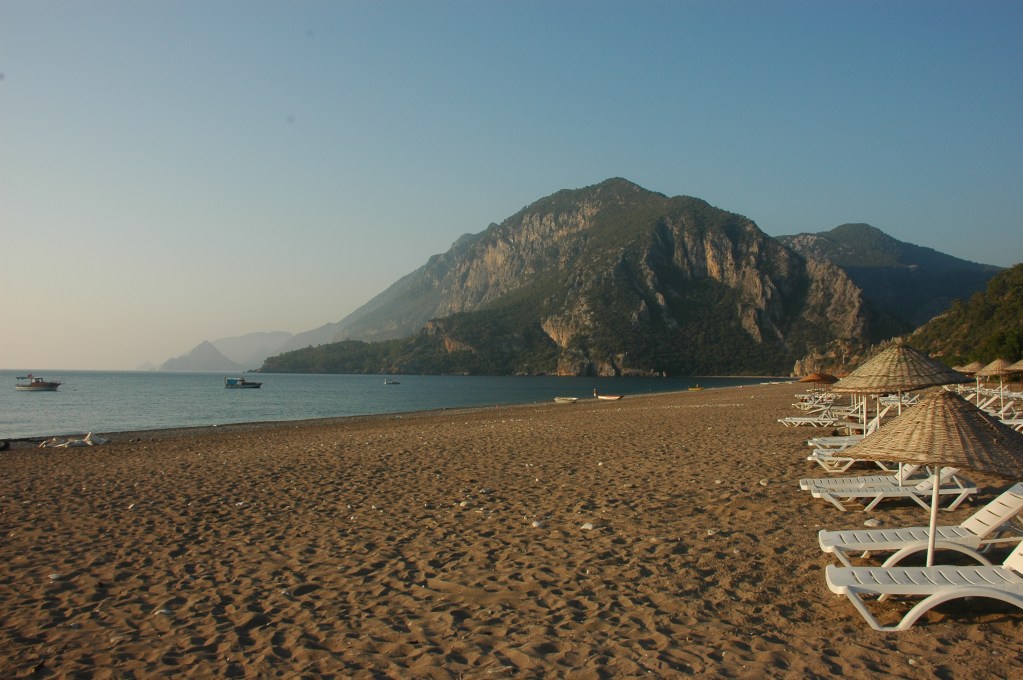 After a vomit-inducing hydrofoil ride from North Cyprus, we docked at Alanya, Turkey—a big city filled with Scandinavian and Russian package tourists. From there we went an hour west to the little town of Side, which was even more densely packed with European package vacationers. From there we moved on to the Lycian coast to the anti-Side resort: Olympos.

We found this ghetto of independent travelers to be as equally annoying as places like Side. However, the great beach in an incredibly beautiful setting made up for the lack of Turkishness, expense, and loud, drunken nineteen year-olds crawling in and out of every treehouse hostel.

Turned off by the whole Olympos scene, we walked 3km north on the beach to the quiet village of Çıralı where we camped alongside Turkish families and enjoyed two days in the sun and sea.