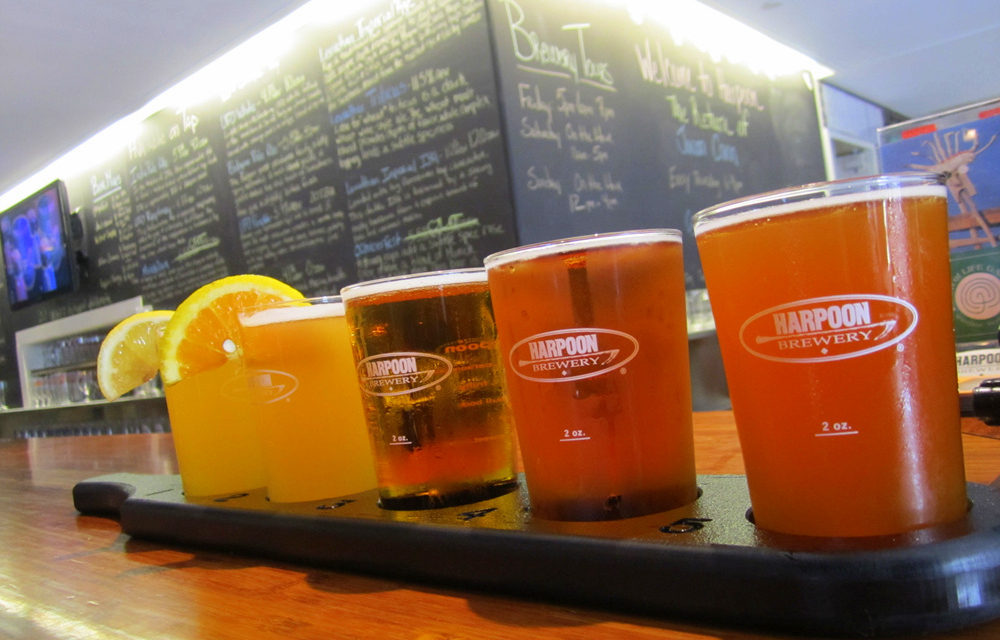 When I think of Vermont, I think about the Green Mountains, skiing, and dairy cows. I also think about beer. Vermont is tops when it comes to New England Brewing. In a region saturated with great beer, Vermont shines.

Much of my recent road trip through the northeastern United States revolved around brewery hopping. Unfortunately, the week before I arrived in Vermont, Hurricane Irene struck and left much of Vermont in a state of disrepair. Bridges had been taken out, villages left in shock, farms flooded. 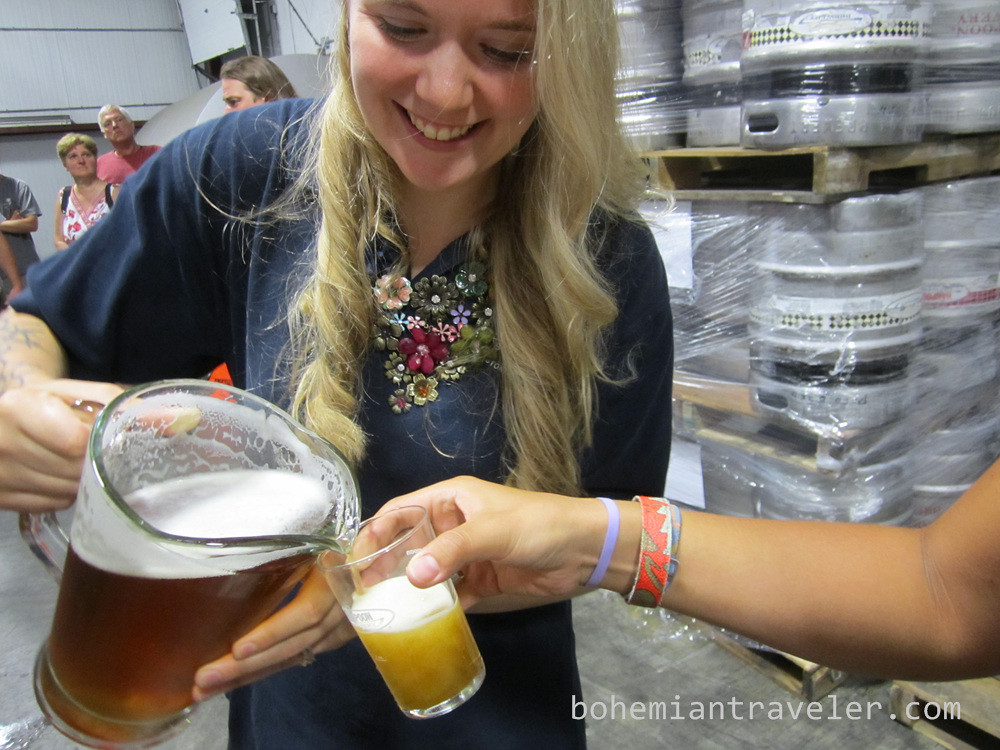 The Alchemist Pub and Brewery, which had been recommended to me by several beer connoisseurs, got flooded out in the town of Waterbury.

So instead of telling you the beer tour I actually took, I will tell the Vermont beer tour of my dreams. 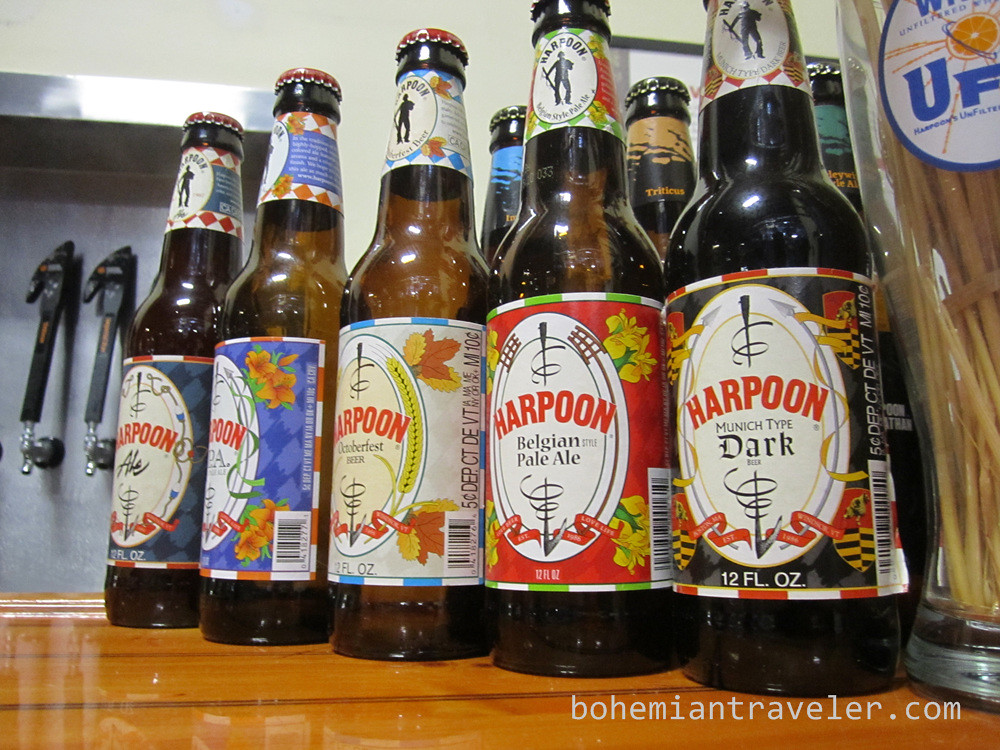 The Breweries of Northern Vermont

After Waterbury, ideally, I would head north to Rock Art Brewery. They run tours on Friday & Saturday at 2 and 4pm. Tastings run Wednesday to Saturday until 5:30pm with the purchase of a $3 souvenir glass. I didn’t get a chance to visit Rock Art, but did try a bottle of their Double Porter Smoked, which was absolutely fantastic. Visit Rock Art Brewery at their new facility at 632 Laporte Rd./Rt 100 Morrisville, VT. Ph: 802-888-9400.

At the first mention of Harpoon, I thought “oh, they’re too big for my micro-brew tour.” But my friend George insisted that I give them a try, and I’m certainly glad I did. Although their bigger main brewery is in Boston, this second brewery location was set up in Windsor, VT, just across from New Hampshire on the famous Windsor-Cornish Covered Bridge. 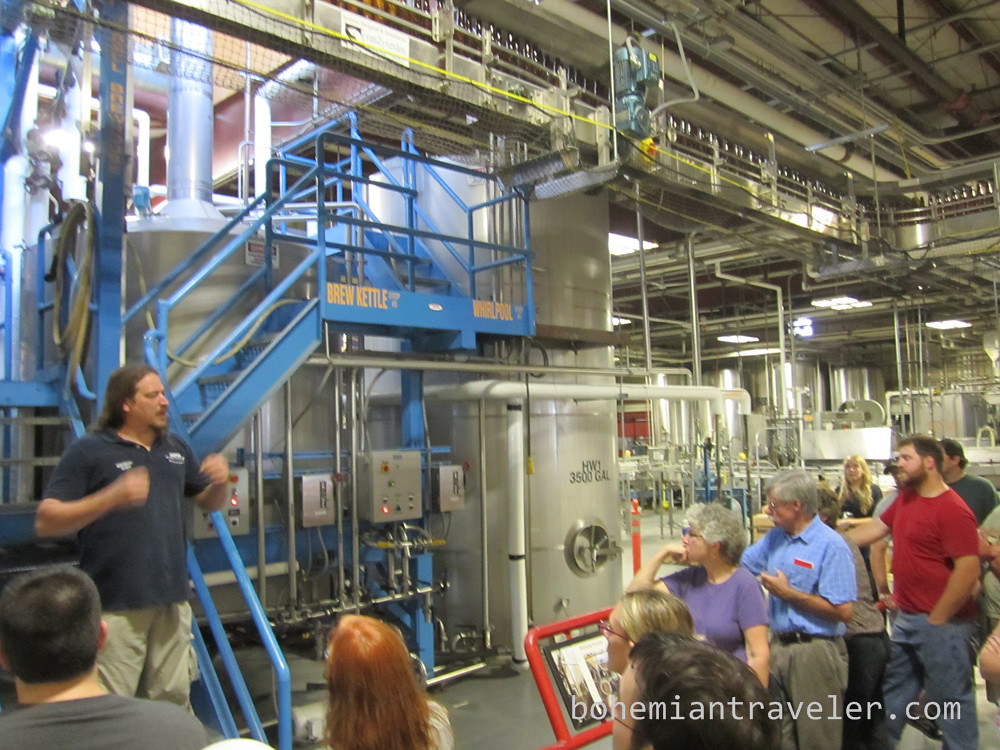 The beer is not only tasty at Harpoon, but the tour is a lot of fun and the folks who work there are cool. They’ll teach you all kinds of nifty facts like only 6% of beer sales in the United States are of the micro-brewed variety. That leaves 94% to Miller, Coors, etc. (which are ALL foreign owned). Another little tidbit I learned was Leviathan, the name of their high gravity series, means “sea monster” in Hebrew.  Another highlight of the tour was the opportunity to taste the unfiltered “green beer”. At the end is a proper beer tasting with most of their Harpoon, UFO, and Leviathan beers included.

Harpoon Brewery is located at 336 Ruth Carney Drive in Windsor, VT. Phone: (802) 674-5491. Tastings are $5 and include a guided tour followed by a tasting. Tours are available on Friday at 5pm, 6pm, and 7pm; Saturday from 11-5pm (starting every hour), and on Sunday from 12-4pm (starting every hour). The Beer Garden is open until: 6pm. Web: http://www.harpoonbrewery.com

I hoped to make it to Long Trail Brewery, but alas, Irene was to blame again. Bridgewater Corners was a soggy island and unfortunately, I never got to try drafts at the source of their fine brew. But I’ve drunk plenty of their beer in bottles, which is OK because their packaging is so cool (check out their Double Bag label). Long Trail Brewery is open from 10-7pm and is located at the corner of Route 4 & Rt 100A in Bridgewater Corners, VT. Web: http://www.longtrail.com 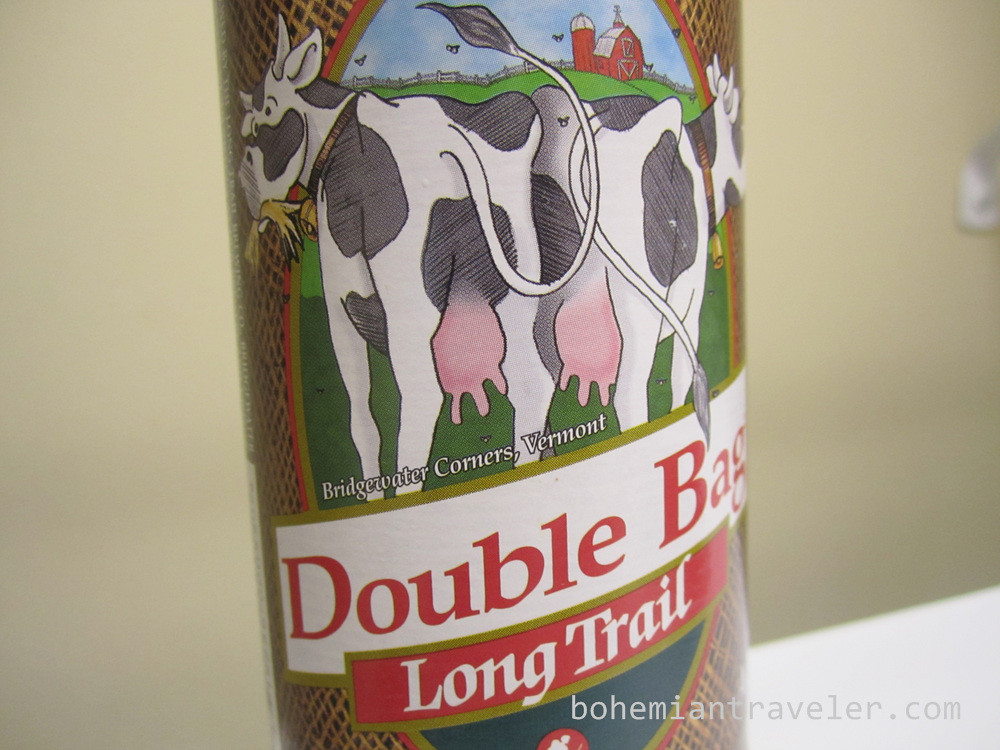 Located just outside of Waterbury, VT, I had wanted to visit Otter Creek Brewery since my first sip of Stovepipe Porter one winter long ago. I finally got my chance. Although their brewery is no longer open for tours, they do have a pub with big glass walls that peer into the brewery. They offer a tasting of six four-ounce pours of your choice for $6. Don’t leave without trying the Black IPA and the Wolaver’s Organic Oatmeal Stout. 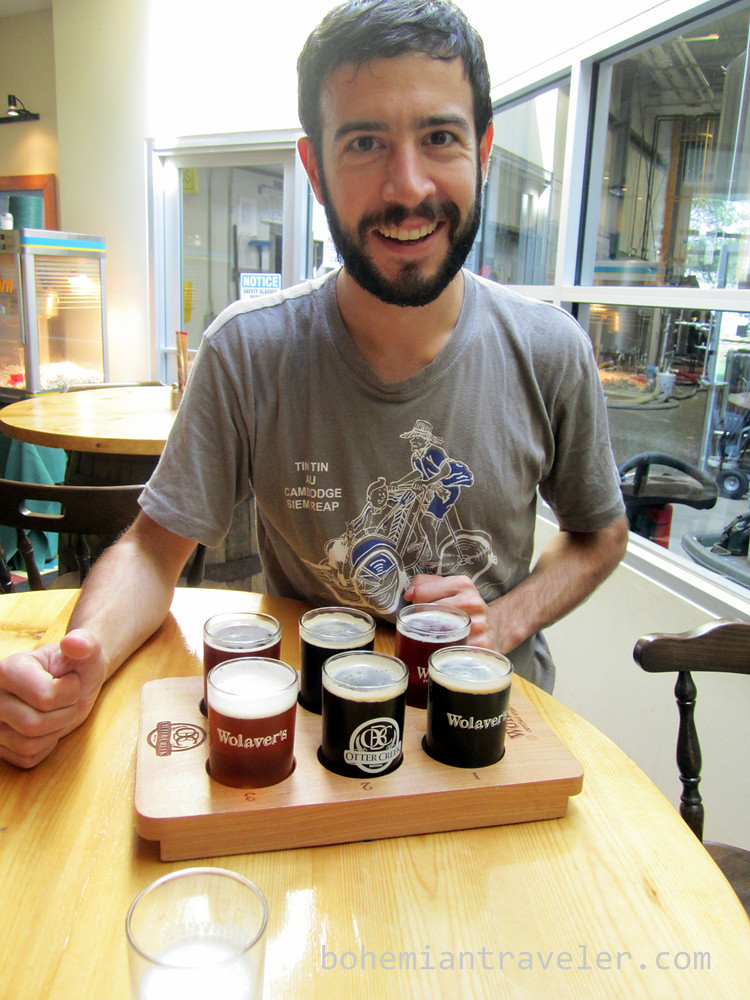 Now get out there and go taste beer

This beer tour of Vermont was designed so that a very ambitious taster could do it all in a weekend. The northern route would have to be done on Saturday and the southern route on Sunday. In a perfect world, Saturday night would be spent in Waterbury sipping brews until the early hours at the Alchemist and retiring for the night at a local B&B.

So take a friend along to drive you the course and take off Monday to spend hiking all those empty calories off in the Green Mountains!

Thanks for the great beer, micro-brewers of the Green Mountain State! 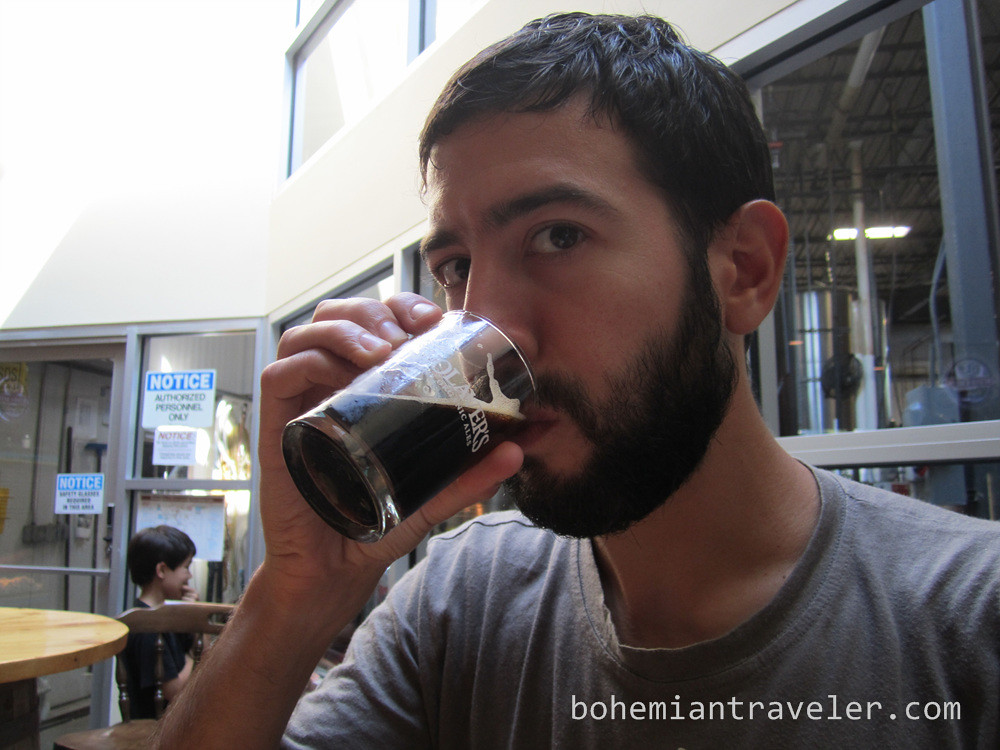 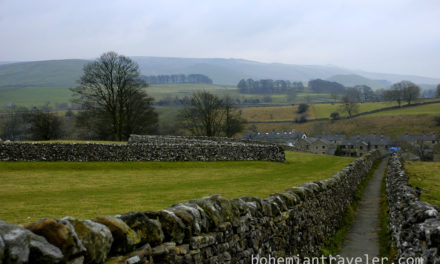 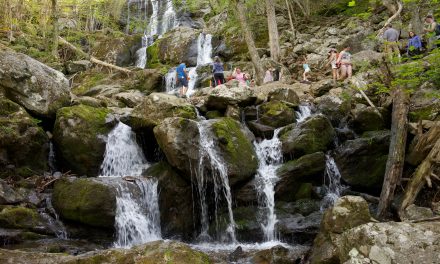 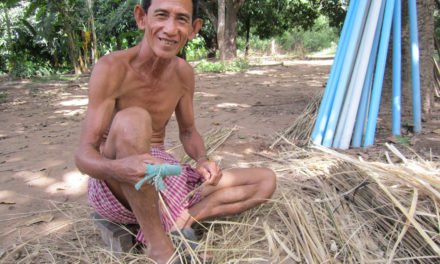