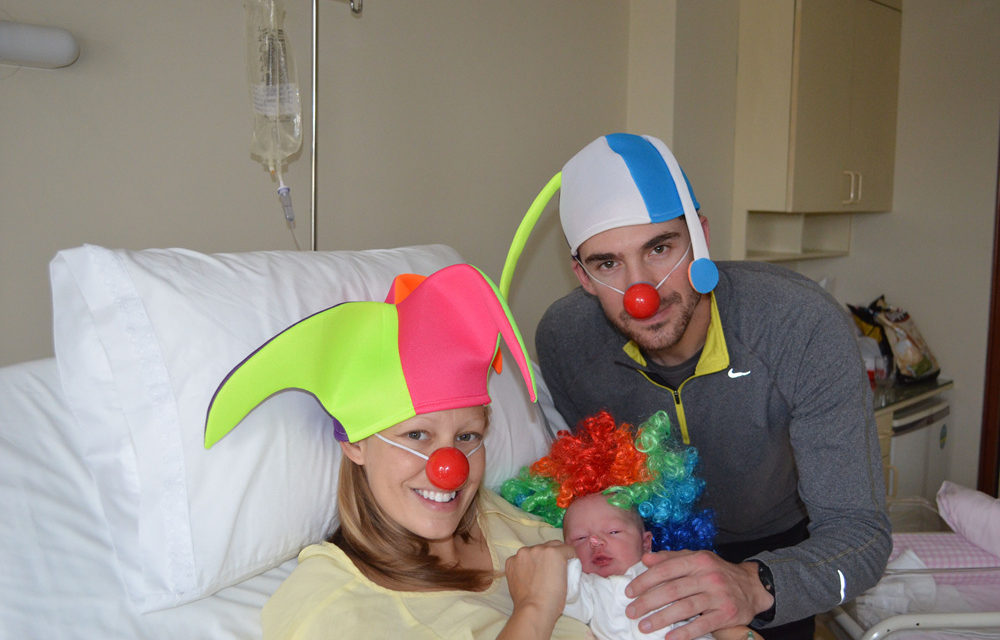 The majority of ex-patriots I know travel to their respective first-world countries 6-8 weeks before their due dates to give birth surrounded by family and friends.  This wasn’t an option for us.  We only have Peruvian health insurance and the cost of giving birth in a hospital in the U.S. without coverage is probably higher than Amelia’s first year of college. 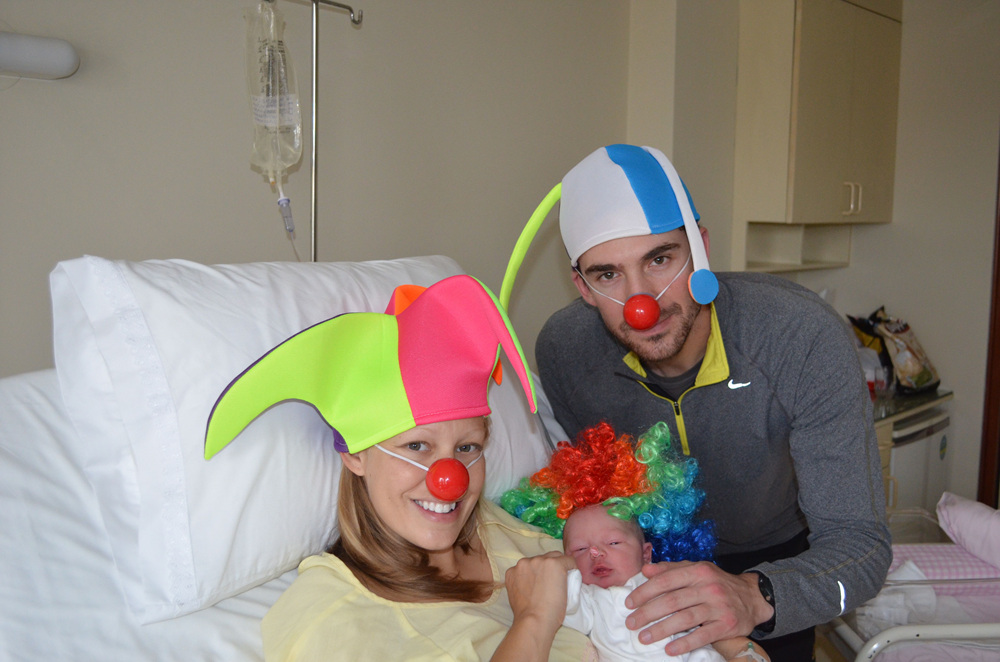 The day Amelia was born.

When I found out I was pregnant, I met with a female OBGYN in Cajamarca where I received my pregnancy instructions:

“Do you exercise?” she asked.

“Yes.”  I replied proudly.  I had been training for a marathon since January.

To my surprise, the doctor told me “Stop running.”

What?  I thought you’re supposed to exercise when you’re pregnant.

She continued the pre-natal advice. “Stop exercising.  You need to relax.  Spend your time sitting down and concentrating on the growth of your baby.  Sit in a rocking chair and love and caress your stomach.”

She wrote a few things down in my medical chart then looked at me again, “Have you ever heard of Vivaldi’s Four Seasons?” I nodded. “Listen to it every day while you are in your rocking chair relaxing.  It will make your baby smart.”

I knew this chick and I wouldn’t get along.  Vivaldi’s all right, but I prefer Madonna and quitting running to sit in a rocking chair isn’t my style.  I set up an appointment with a doctor in Lima. 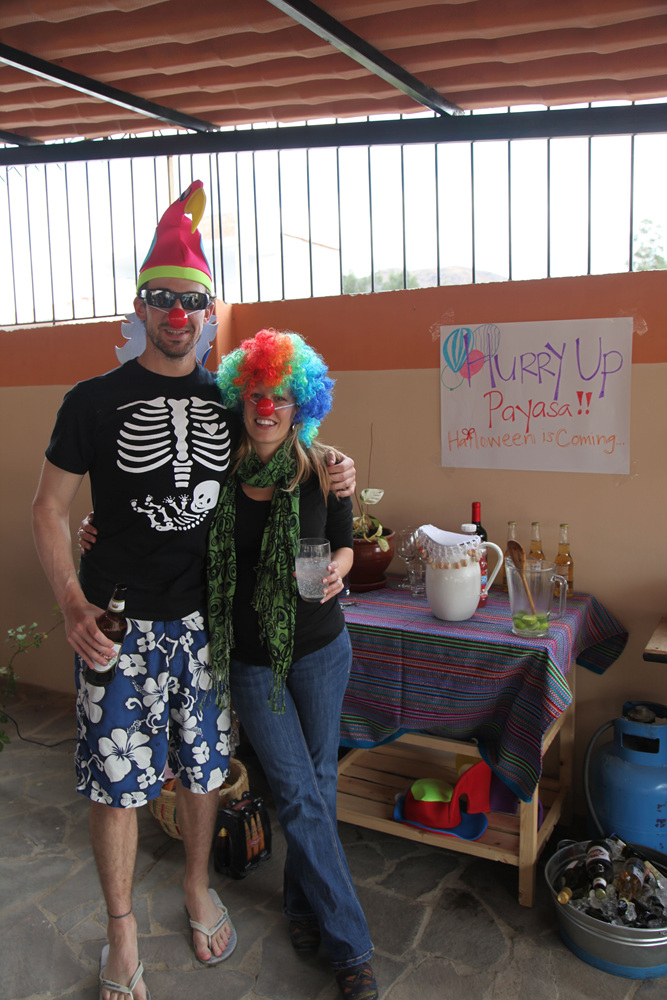 Charlie and I at our clown-themed baby shower.

Dr. Agosto Ascenzo reminds me of a nutty professor.  A typical appointment began with him walking into the room disheveled, telling us about the baby he had delivered 10 minutes ago.  The most impressive story was that of a 54-year old woman.  The delivery was complicated and took hours.  HIPPA doesn’t exist in Peru.

Dr. Ascenzo has been delivering babies in Lima for 30 years and seemed as enthusiastic about our baby as he might his own.  We told him of our plans to travel to Africa and go on a safari.  He was thrilled.  He told me to take some vitamins, exercise if I felt like it, and enjoy life.  Much more my style.

Life as an expecting mother in Peru had its ups and downs but by far, the BEST thing about pregnancy in this country is the “preferential” or “priority” line.  Peruvian law dictates that, in all public places, a special line must be dedicated to elderly, disabled, and pregnant people as well as those with small children.  This means a lot in a country where EVERYTHING requires waiting in a long line and where three people in front of you indicates at least a 30-minute wait.

I rocked the priority line from the day I found out I was pregnant.  Charlie did too.  When he leaned that bringing me with him to the bank, department of transportation, and grocery store cut his errands’ time in half, he was equally pleased with the Peruvian law.

Peruvians are extremely baby-friendly and family oriented.  As I advanced in my pregnancy and my stomach started growing, I found that my friends, neighbors, and even strangers were excited for me.  I tried my hardest to be polite when random women in the grocery store put their hands on my stomach and said “baroncito, no?”

In addition to being supportive, Peruvians are also strongly opinionated.  They know everything about having babies.  Because of the shape of my stomach, most were convinced I was going to have a boy.  When I told people it was a girl, they would ask how I knew.  After hearing “multiple ultrasounds” they would often comment about how the doctor probably read it wrong.

Typically, Peruvians decide on a name for their baby months before it is born.  Since we didn’t determine the name until a couple days before she was born, we referred to the fetus as “payasa” or “clown”.  Most of our American friends and family couldn’t pronounce it and our Peruvian friends HATED it.  This made things a lot of fun for Charlie and I, as well as some fellow ex-pats, who threw us a “clown-themed” baby shower.

The fact that I continued running throughout the majority of my pregnancy didn’t go over well in Cajamarca.  It was not uncommon for me to hear “stop running! You’ll kill the baby!” or “she has no value for the life of her baby,” as I jogged through town.  Eventually, I took to running on the back roads. 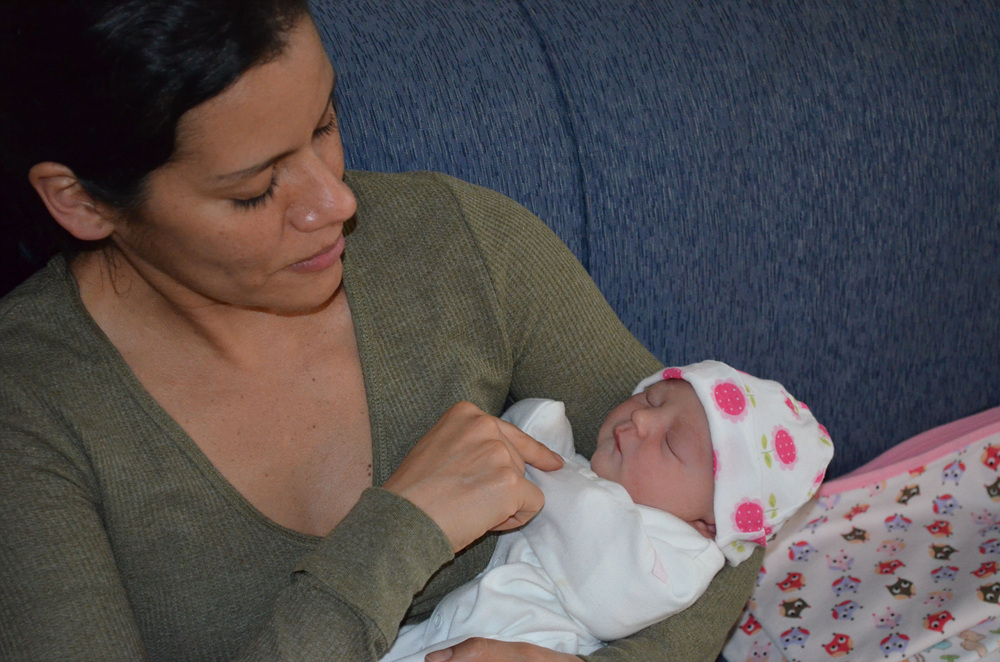 Amelia with her “madrina” or godmother, Gaby.

Despite the annoyances, I felt loved, embraced and protected by my community.   When I was 35 weeks pregnant I chose to participate in a local 5K.  Out of respect for the culture, I chose to walk with my dog Brandy.  The race ambulance drove alongside of me for the entire five kilometers: a nice gesture, although I feel bad for the guy who dropped out from heat exhaustion and had no ambulance to support him.  I finished 3rd place in the women’s category (because there were only 2 other women participating).  When I reached the finish line, I was delighted to see that the other runners and their families had all waited AND put the finish line back up so that they could cheer me on as I walked across it.

When I got close to my due date, our friends in Lima bought us a crib.  Charlie’s boss moved out of his Lima apartment, leaving it vacant for us to stay in while we awaited the baby.  Gaby, who was openly more excited about my pregnancy, called to check on me at least twice a day.  Vanessa met me almost daily for either lunch, a walk, or just to check in.  Charlie’s co-worker, Juan drove us to the hospital the night before Amelia’s delivery, gave Charlie a bottle of top-shelf Pisco, and left us with his best wishes.

Amelia Elizabeth Krautmann Krautmann was born on October 26th, 2012.  That’s right, Krautmann Krautmann.  Everyone born in Peru is given a maternal and paternal last name.  I changed my last name to Krautmann when I got married so this poor kid has to use it twice.  Within hours of her birth, we had visitors.  Our four days in the hospital are a bit of a blur, but what I remember most is a constant flow of visitors.  Friends, Charlie’s co-worker’s and sometimes their family members came to see us in the hospital.

I don’t know what it’s like to be pregnant anywhere else, but pregnancy and the birth of my first child in Peru was an overall good experience.  I found Peruvians to be incredibly embracing and supportive. 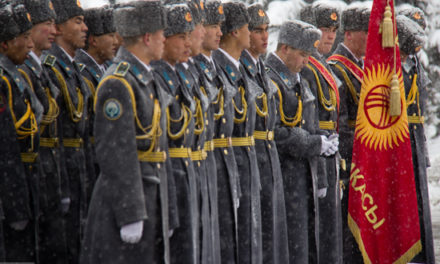 Photo of the Week: 'Defender of the Fatherland Day' in Kyrgyzstan 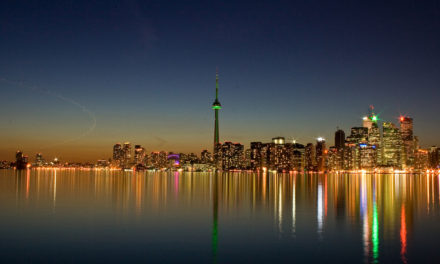 Travel the World by Streetcar: A Guide to Toronto's Ethnic Neighborhoods