Underground Austria: A Visit to the Sewers of Vienna 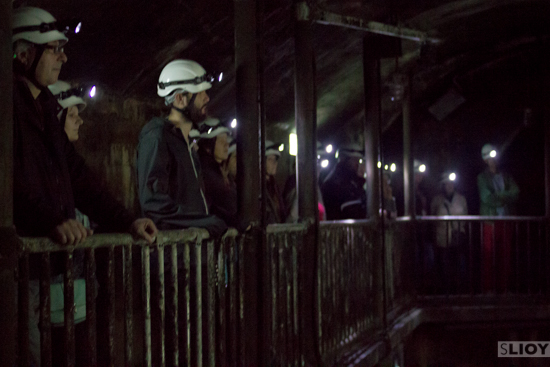 Underground Austria: A Visit to the Sewers of Vienna

Austria-bound travelers may be forgiven for thinking that Salzburg and The Sound of Music are the be-all and end-all in ‘Osterreich’ cinema tourism. Frolicking in the lively hills of the Austrian Alps isn’t quite it, though. On the contrary, the ancient capital Vienna has its own claim to cinematic fame: The Third Man. (Likely a dubious fame to readers of GoMad Nomad, I for one had never heard of the movie.)

This 1949 Orson Welles ‘classic’, as various guides and guidebooks around Vienna will be sure to mention, was filmed throughout the city and features landmarks like the Old Town and the Prater Ferris Wheel. Perhaps the most memorable scene, and the one of most interest to adventurous tourists in town, is of Welles’ character being chased through the underground sewer system of Vienna. 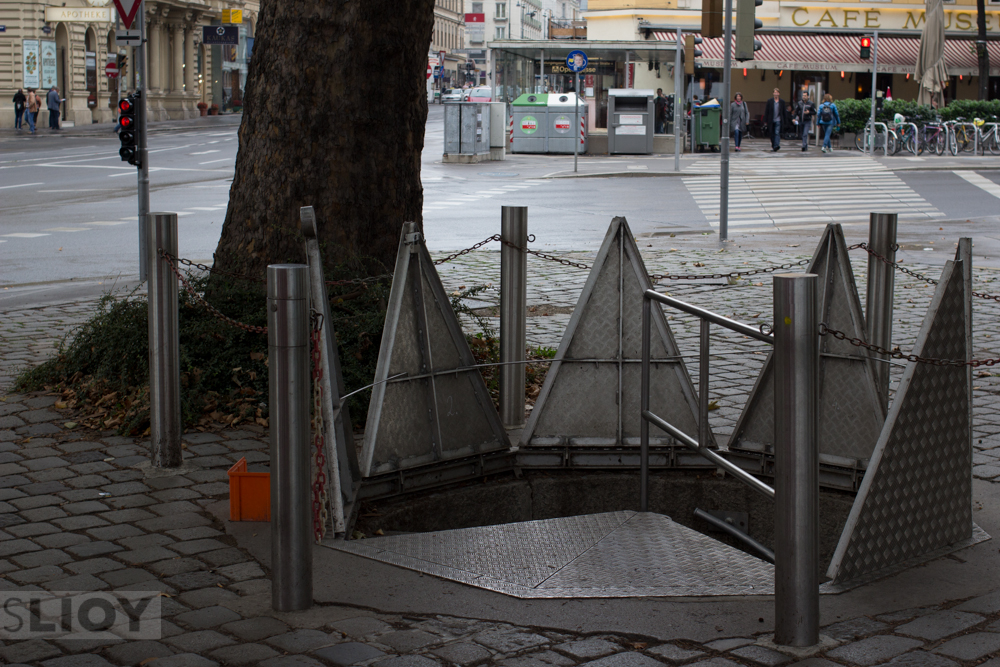 Public entrance to the Vienna Sewers at Girardipark.

Though Vienna is a city absolutely bursting with culture and music and art and coffee and food, true adventure can be difficult to come by. It is with quite a lot of excitement, then, that I accept an invitation to join a tour through these same sewers!

Already in Vienna I’ve been told several times about an infamous German tourist who in May of 2013 snuck into the sewers on his own and fell, breaking a leg and waiting for rescue. With the scene set for excitement, then, I meet guide Herbert Stojaspal at the entrance to the sewers at Girardipark near Karlsplatz. Donning hard hats, his tour group listens to a bit of history of both the film and the city before descending underground. 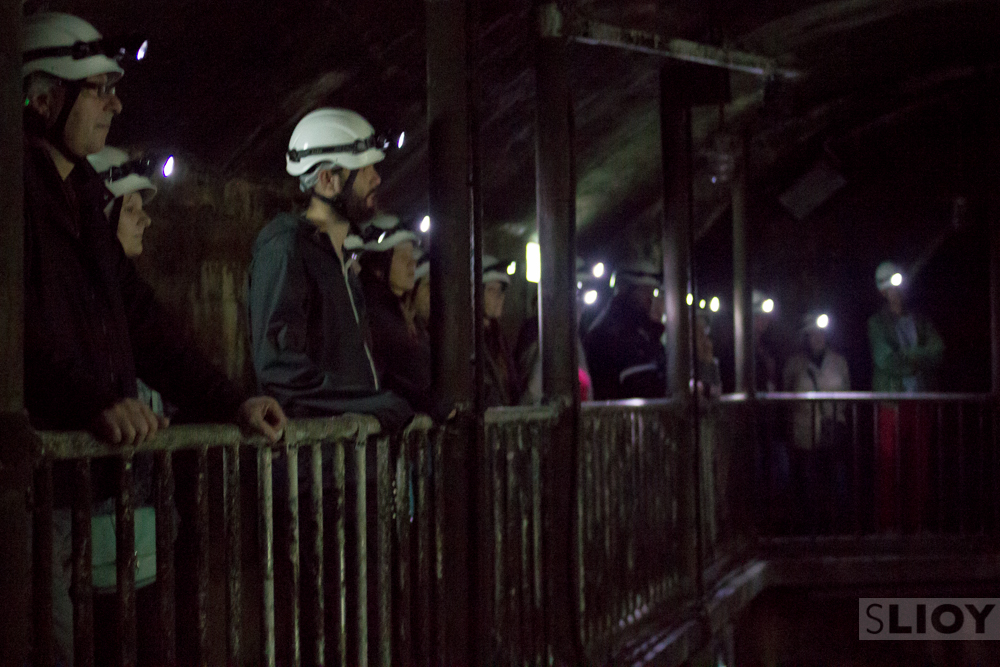 A tour group in the Vienna Sewers watches a video of  lore and history surrounding the Sewers and ‘The Third Man’.

Dropping down into a colorfully lit sewage-filtering room, the lights are dimmed as our group gathers against a railing over the rushing water below to watch a video detailing the modern state of Vienna’s sewers and the workers who maintain them (and accompany the tour). From here, we follow our guide under the claustrophobic access portals in the ceiling that sewer workers normally rappel down from and through the tight corridors that connect these larger tunnel access points. On the way, the sounds of chase scenes and eerie voices follow us through these passageways to evoke a cheesy-tense atmosphere. 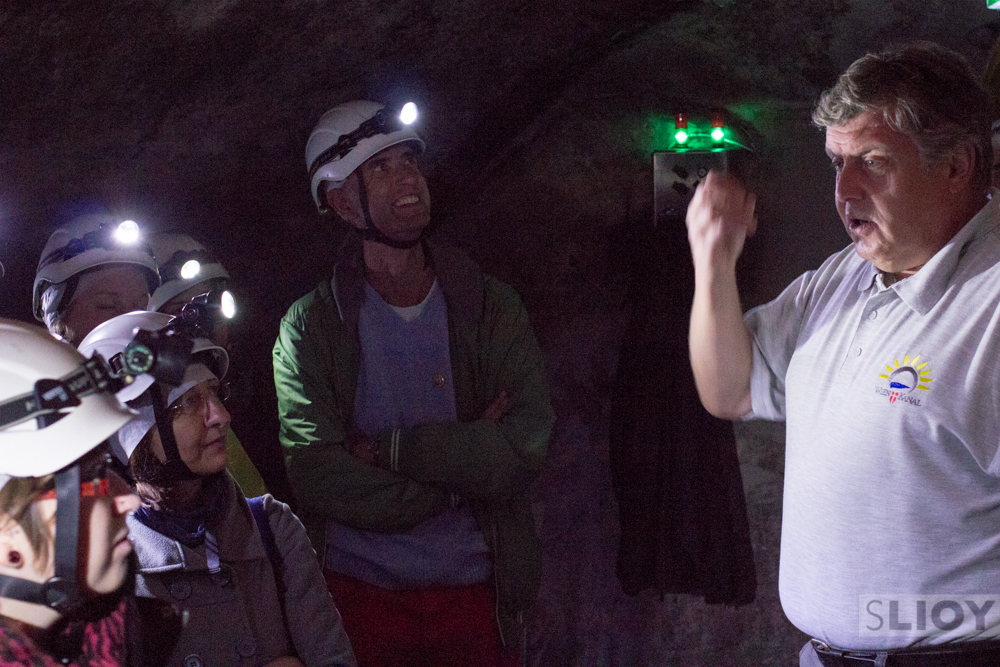 Guide Herbert Stojaspal explains the history of the Vienna Sewers.

When the way opens up again into another smelly chamber, this time an overflow area for when the waters get too high to contain, Herbert describes the lore behind the film (apparently Welles refused to work some days because of the stench, for one) and explains that most of what we’re seeing is actually the Vienna River in its new home. Having been routed into concrete beds and mostly underground to make way for expansion of the city in 1899, the move also helped prevent the regular cholera outbreaks that had plagued the city for many years.

Soon, the lights drop again as scenes from the movie that were filmed in this very chamber are projected on the wall. Though they have no historic resonance for me, the high-tension portrayal of the chase sequences leaves us with a better appreciation for the  music playing in the background as we spill out into one last cavernous tunnel. With flickering lights above and the sound of water flowing just beyond us, Herbert commands the group to shut off our headlamps as he kills power to the lights above. In total darkness with only far away street noise to be heard, my mind goes back to that injured German tourist as Herbert describes how rarely any one section of the sewers is visited. The man was lucky, Herbert says, because had a tour group not come through the experience almost certainly would have ended in his death. 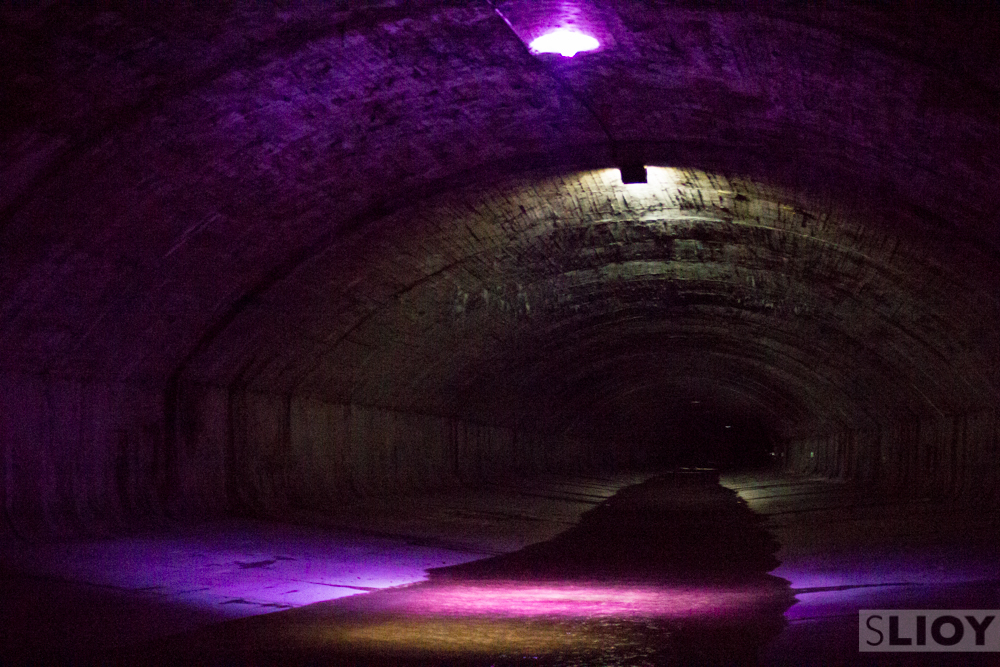 A large and quiet tunnel at the end of the Vienna Sewers tour.

Thoroughly warned not to wander back through these halls on our own after the tour, we head back to the exit and the fresher air of street-level Vienna. Back above ground, I take the rest of the afternoon to reflect on the strange but interesting experience. Is this adventure travel in the same sense as trekking in the Nepalese Himalaya or wandering the seedy streets of Bangkok by night? Not at all. But as I drink another Café Mélange at another beautiful historic crowded coffeeshop, I realize that it is something unique and far off the normal track for Vienna. If only I’d made an effort to watch the movie first, I bet it would have been even better!

Vienna 3rd Man Sewer Tours run Thursday – Sunday from May – October, departing in English from the sewer entrance at Karlsplatz just across from the Café Museum at 3p. Tickets are € 7 for adults, less for children or with Vienna card. For more info, contact Josef Gottschall at 3.MannTour.

Looking for more offbeat things to do in Europe? See our 8 Reasons to Visit Luxembourg or What Its Like In Athens. 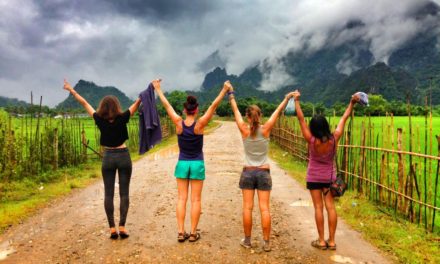 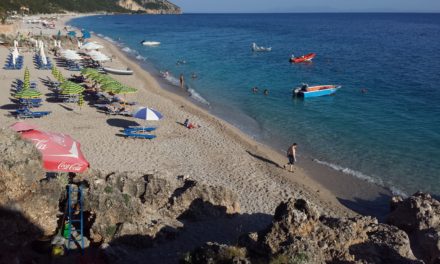 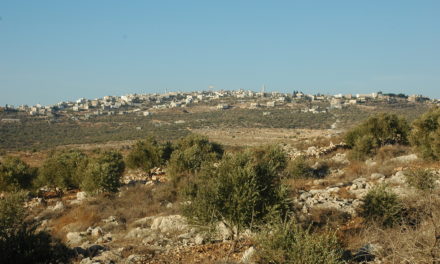 Volunteer in the West Bank