Your Travel Guide to Havana Cuba

Your Guide to Havana Cuba

Havana embodies both Cuba’s revolutionary spirit and Latin American flare, and is loved by its people, Habaneros, regardless of its flaws. Despite, or perhaps due to, years of isolation from the west, Havana’s dilapidated colonial streets ooze charm, particularly when combined with chugging antique cars, omnipotent music,and Latino pizazz.

For years, Havana has been considered a place to visit ‘now, before it changes’, and this sentiment has certainly been heightened by recent US-Cuban developments. While changes have been underfoot since Fidel passed the torch to brother Raúl, Cuba remains like no other, but for how long this will continue, who knows? 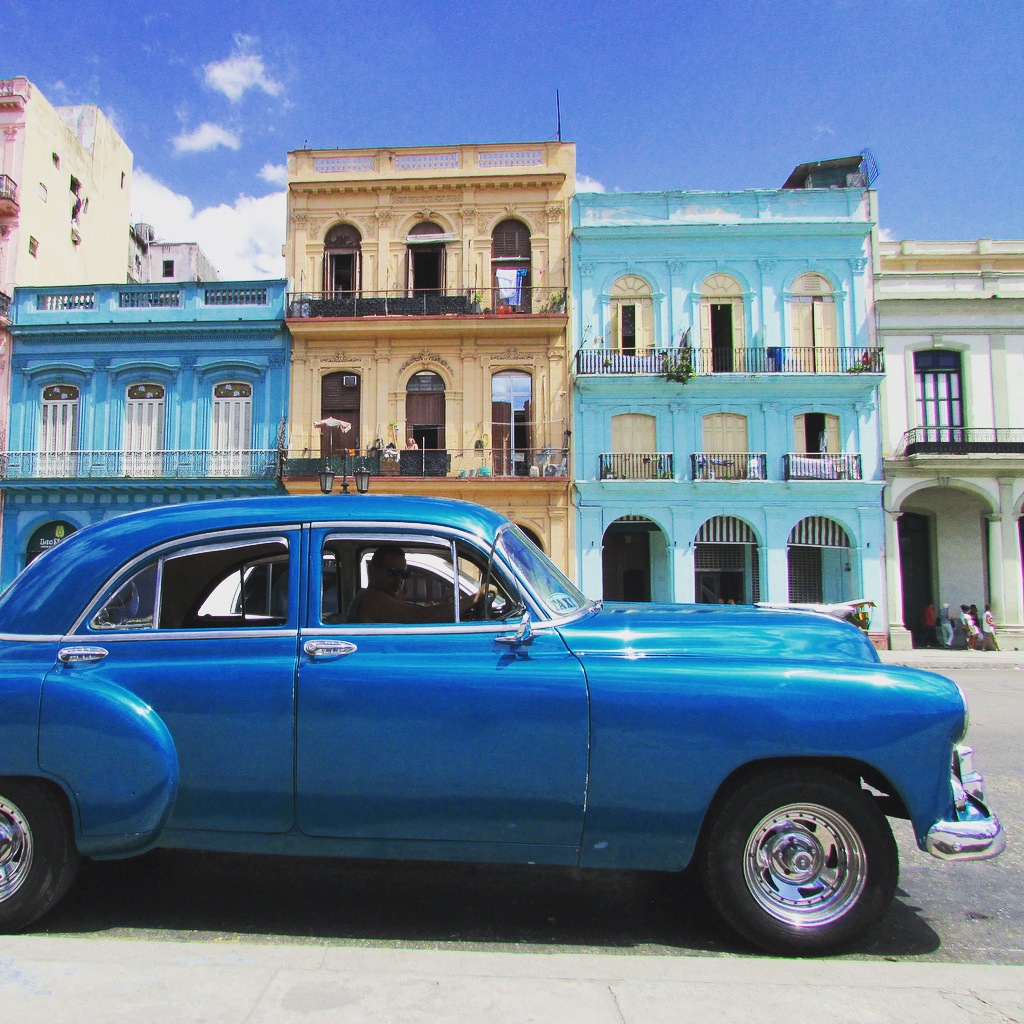 The best places to stay are also the most budget-friendly; Casas Particulares are Cuba’s only form of privately owned accommodation. The homes of ordinary people with a room to rent, Casas are a unique opening into the lives of Habaneros that would be unobtainable in hotels. They provide an opportunity to converse with locals and witness their home and family lives. Casas are dotted throughout Havana, advertised by uniform blue on white background signs.

Casa Juan Y Margarita, is now run by the late couple’s son, Eisler, who offers three rooms in Old Havana. Eisler explains that when his father ran the place, tourists huffed and puffed up the narrow staircase, but were enchanted by his father and chose to stay. This has remained the same; Eisler is a charming host and conversations with him are a highlight to be enjoyed. Rooms cost between 30 and 35 Convertibles (which are roughly equivalent to US Dollars), the higher price including a balcony overlooking vibrant Obispo street.

Eisler can be contacted at eislerlavin@yahoo.es or on (53) 7 867 9592 / 5 284 4526. He also has a website, www.juanymargarita.com. Alternatively, a huge amount of Casas Particulares can be browsed and booked at www.cubacasas.net. 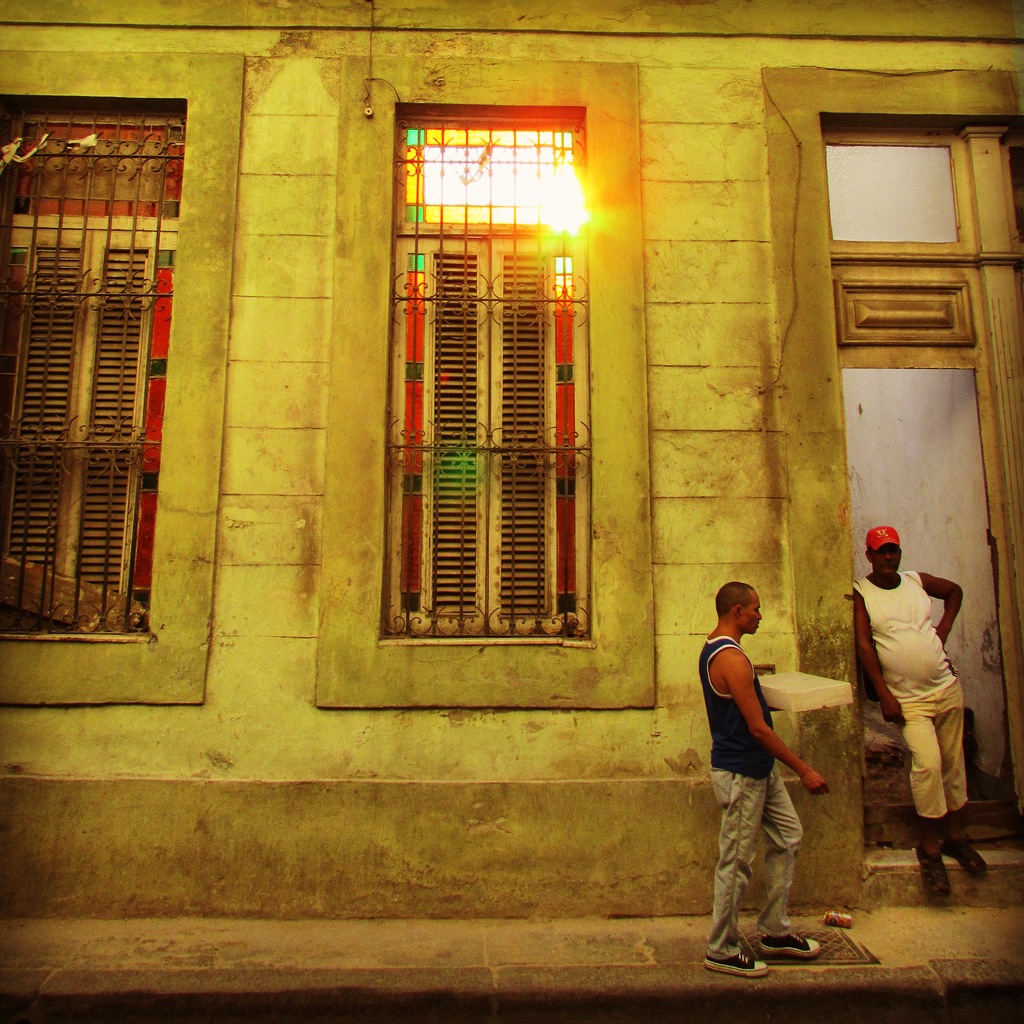 Old Havana’s crumbling facades as the sun goes down.

Better than any ‘sight’ is Havana itself, not so much viewed as experienced. Music is ubiquitous; tumbledown, pastel shaded houses line every street; ancient cars belch smoke into the faces of pedestrians, and it all comes together to make Havana. Take time to wander her streets, absorbing the grim and the glam, and experience a city like no other.

Exploring Havana by foot is great but there’s a certain style in touring the city in the back seat of a classic American convertible, which are often often available as taxis. A ride to the airport from Old Havana will cost 30 Convertibles (CUCs), only marginally more than an ordinary cab; an hour long tour will cost 30-35, with two hours priced around 50 CUCs.

The roads lining Parque Central are a sweetshop of candy-colored cars to choose from. Indulge in a Chevrolet, Pontiac, or Ford and cruise the Malecón, La Plaza de la Revolución and beyond. Drivers will always have a card, providing contact details with which to make arrangements at a later date. 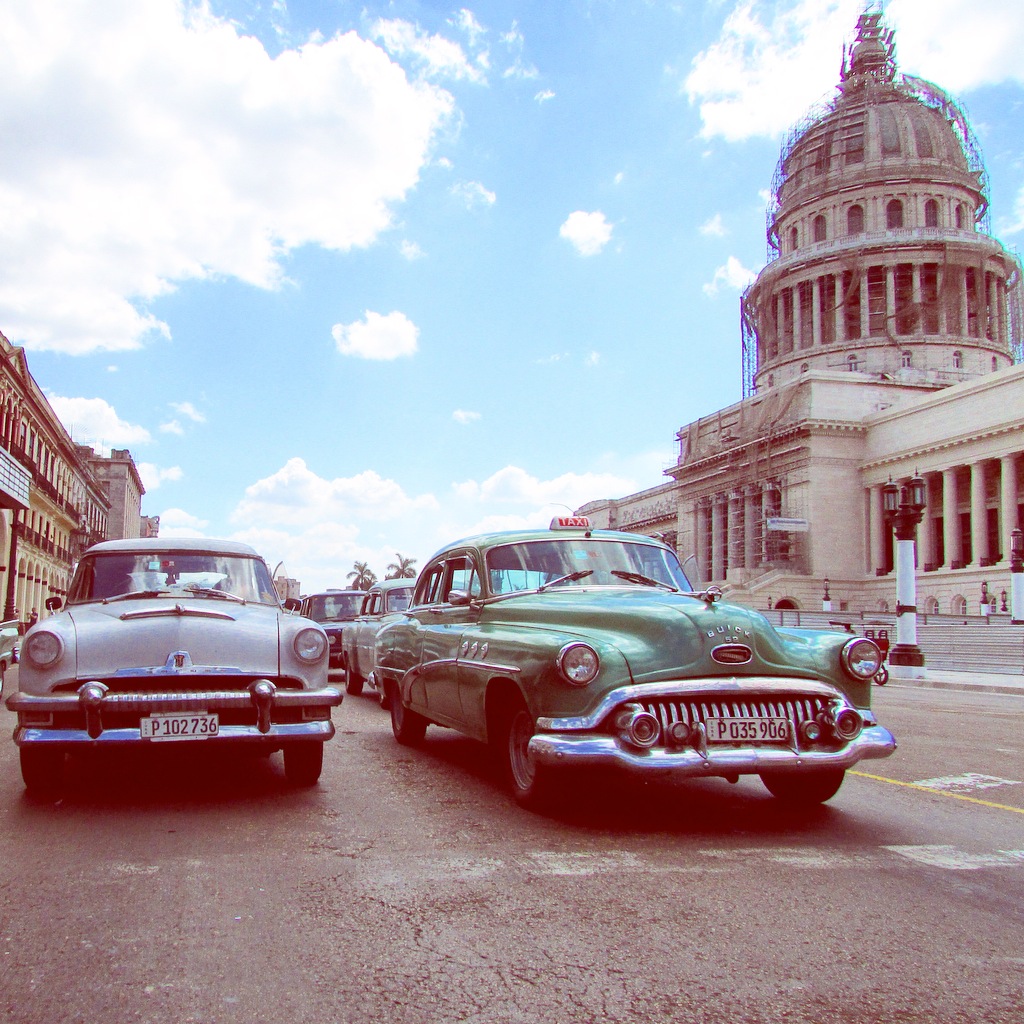 Classic cars line up at the lights outside the Capitolio Nacional building.

It’s hard for a country whose national dish is named Ropa Vieja (Old Clothes) to make a name for itself on the international culinary circuit, but Doña Eutimia serves great renditions of the Cuban classics. Located on Callejón del Chorro, just off San Ignacio at the edge of Plaza de la Catedral, the waiters recommend the signature lamb dish or Ropa Vieja, made here with beef. Meals here are best taken on the cobbles outside to the sound of buskers, and followed with the finest frozen Mojitos in Havana.

Rum! Whether in Daiquirís, Mojitos, Cuba Libres, or straight up, it’s got to be Havana Club. Having said that, crisp Cristal Beer, or the stronger Bucanero, certainly go down well on a hot Havana day.

If you need a caffeine hit, head to Cafe O’Reilly on O’Reilly street, for delicious coffee, freshly roasted on the premises and served in more varieties than you knew existed. It’s never too early for rum in Havana and many concoctions include a healthy dose of the good stuff. 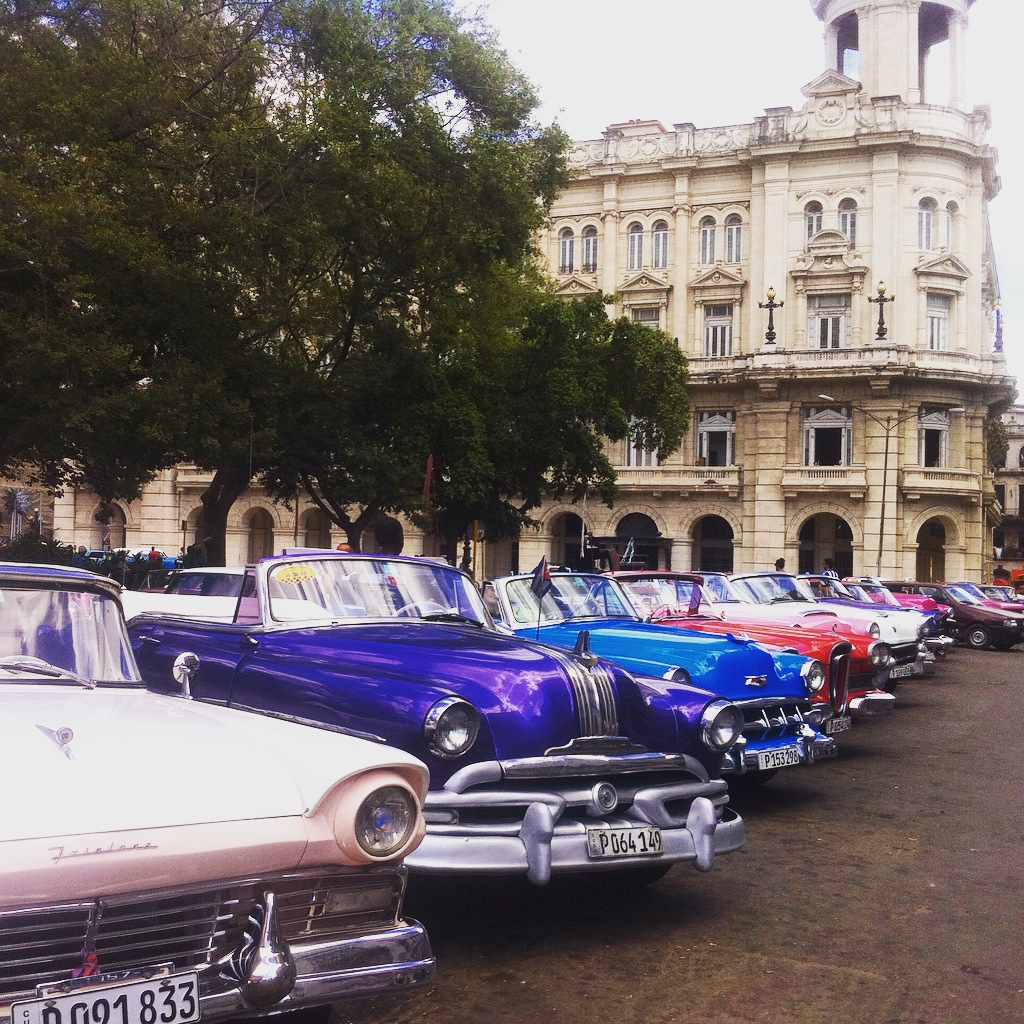 Need a taxi? Take your pick at Parque Central.

Be Seen in Havana

Many bars claim to have been the favorite of Ernest Hemingway during his time in Cuba, although surely any bar surviving since the 50s was frequented by Papa at least once. La Bodeguita Del Medio is the busiest, its tiny space always filled with musicians, its patrons spilling out into the street.

El Floridita, the self-proclaimed ‘Cradle of the Daquirí’, certainly make a pretty penny out of their Hemingway statue and photo-lined walls. They also, however, make a delicious array of daquirís amidst a setting reminiscent of bygone opulence, where local musicians belt out Cuban favorites.

If you’ve not had your fill of Hemingway, take a trip out to Finca la Vigía, the writer’s Cuban home, which can be reached via taxi or by P7 (Cotorro) bus from the Capitol Building. Peek through the windows and doors to peruse the 9,000 books lining every surface, the stuffed trophies, and peculiarities including years-long recordings of Hemingway’s weight daubed on the bathroom walls.

Legendary for its cigar industry, Havana is a paradise for connoisseurs, with many government owned shops offering a wide variety and expert advice. Choose from brands including Romeo and Juliet, Montecristo and Castro’s favorite, Cohiba, among countless others. Street touts will regularly offer cigars to tourists, which are best avoided if you want to be certain of authenticity; besides, shop prices are reasonable.

If you’re not into cigars, head to the market at Plaza de Armas. Mainly selling secondhand books, vendors also offer a variety of Cuban souvenirs, including posters, coins, antique cameras and other trinkets.

Named after independence hero, José Martí International Airport is around half an hour from Old Havana, costing 25 CUC in a taxi from the rank outside, or 30 in a classic car. Money can be exchanged at the booth outside. Canadian Dollars, Euros or Sterling are easiest to exchange; US Dollars incur a tax and, therefore, receive an unfavorable rate. Cubana Airlines fly in from Cancún, Mexico, a route particularly common with Americans. Tourist cards, costing US$25, are available from the airport and are necessary before boarding a flight.

If arriving from elsewhere in Cuba, Viazul buses link Havana with much of the rest of the country, cabs from the station to Old Havana costing around 10 CUCs.

All photos by Ben Starkey. 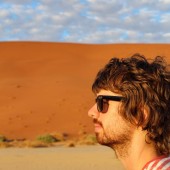 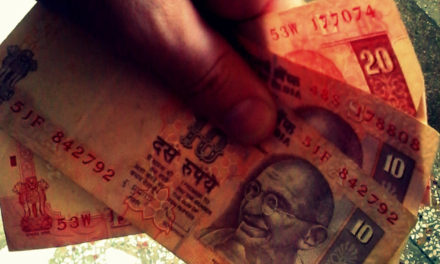 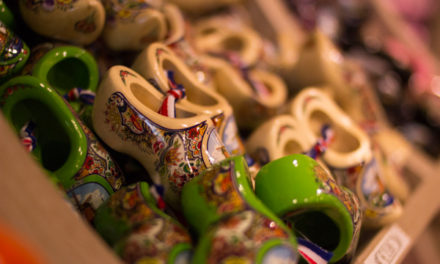 Of Cheese and Windmills: Daytrips from Amsterdam 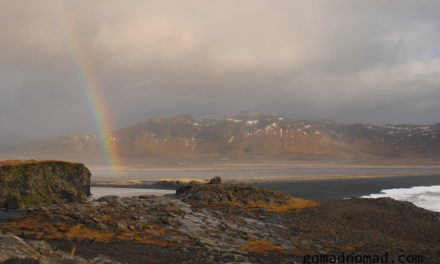 Spotlight on: Travel to Iceland