Photo of the Week: The Registan in Samarkand 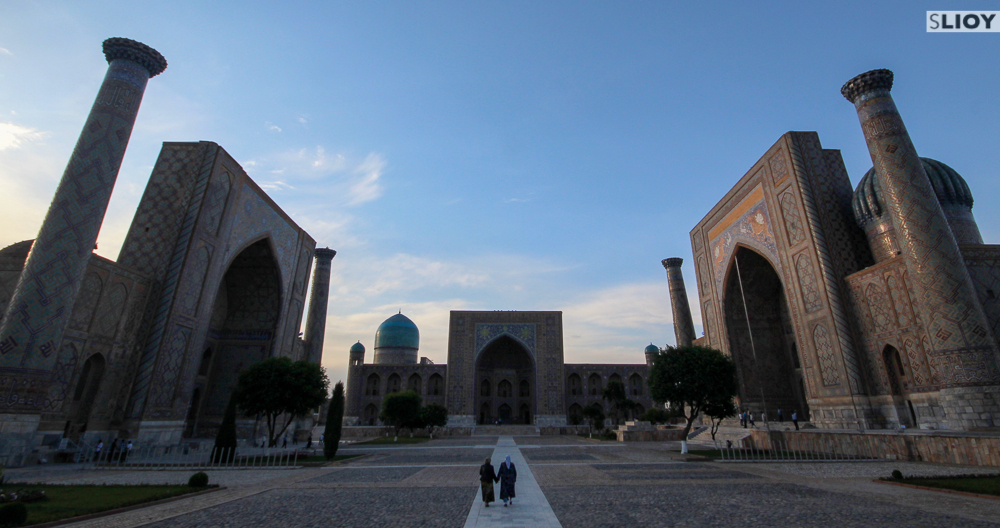 Photo of the Week:
The Registan in Samarkand

The Registan is undoubtedly the center of tourism in modern Uzbekistan, but long ago on the historic Silk Road than ran from modern-day China to the Middle East and Europe the city of Samarkand was also one of the very centers of the intellectual and religious world. At the heart of Samarkand itself, the medrassahs of the Registan still stand as one of the most imposing Silk Road remnants in all of Central Asia.

Though the history of the city stretches as far back as the settlement of Afrosiab in the 7th century B.C. through to being conquered by Alexander the Great and later destroyed by the Mongol hordes, most of the architecture that remains today dates to the rule of Tamerlane and Samarkand’s status as royal seat of his Timurid Empire in the 14th and 15th centuries. Under Timur the city’s commerce, religion, and education flourished and funded the construction of the monumental religious buildings that still stand there today. 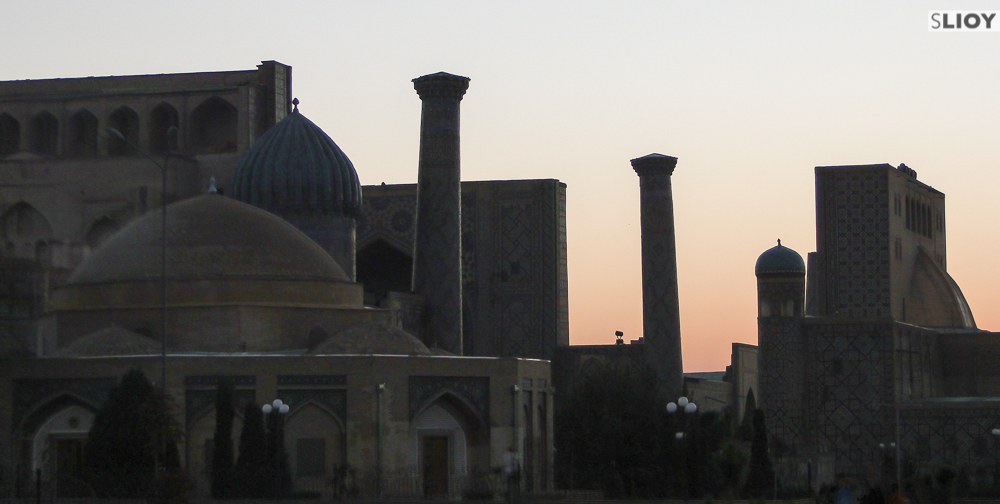 As a tourist site, this is one of the few in Central Asia that actually gets properly busy. Busloads of elderly Europeans love Samarkand, and it has a distinct spot on the backpacker circuit of Central Asia as well. Part of that appeal is, no doubt, owed to the mystery that surrounds the very name of the city; and the visions of gold and exoticism and maybe a bit of danger that Samarkand once evoked as a major stop on the Silk Road.

We travel not for trafficking alone:
By hotter winds our fiery hearts are fanned:
For lust of knowing what should not be known
We make the Golden Journey to Samarkand.
– James Elroy Fletcher, The Golden Road to Samarkand

Despite that popularity, the Registan Square still manages to evoke echoes of its past as a busy market square and a center of learning in the three medrassahs (religious schools) that surround it. Late at night when the lights have gone out and the sound of distant footsteps echoes from the direction of the modern bazaar, or early in the morning when headscarf-ed old women sweep away the night’s dust with brooms of tied-together tree branches, or even in the early evening when the sounds of a young man’s circumcision ceremony float over from a teahouse down the street. 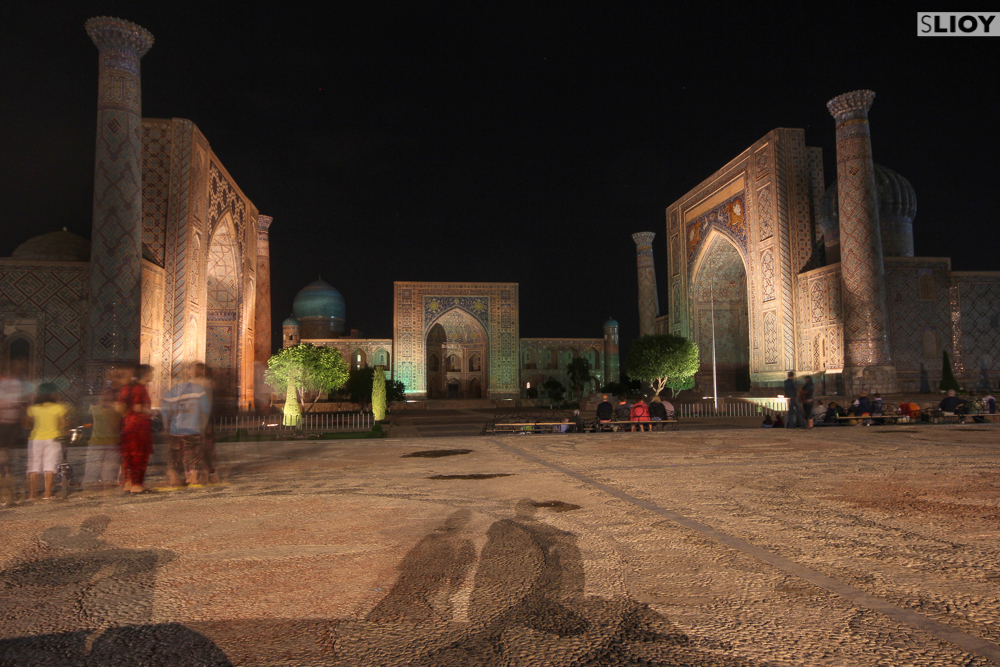 Planning a trip to Uzbekistan to visit the Registan complex in Samarkand? Make sure to read up on our Beginners’ Guide to Central Asian Visas to make sure you’ll be allowed in. If you do make it, make sure you’re prepared to climb minarets and step carefully over pigeon droppings! 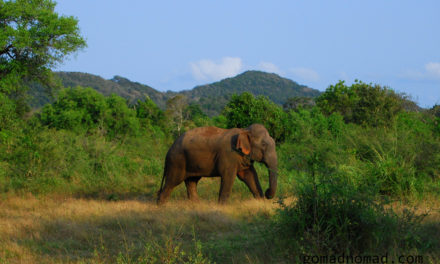 Photo of the Week: Sri Lanka Elephant in the Wild