Rome: 7 Things to do in Piazza di Spagna 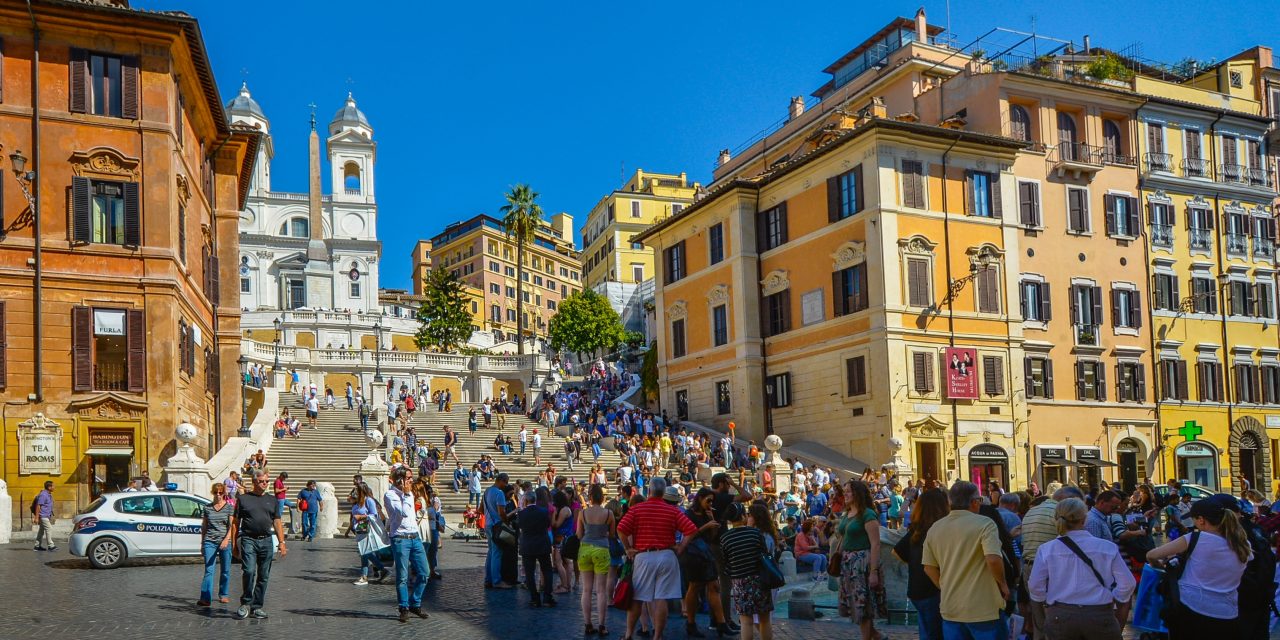 BEST THINGS TO DO IN PIAZZA DI SPAGNA

All roads lead to Rome, goes the old saying; and all Roman streets lead to Piazza di Spagna, the city’s favorite meeting place. Shops and cafés surround the iconic Spanish Steps. There’s a museum dedicated to a Romantic poet, and a theater spotlighting satire, burlesque, and jazz.

Here are 7 fun things to do in Piazza di Spagna. 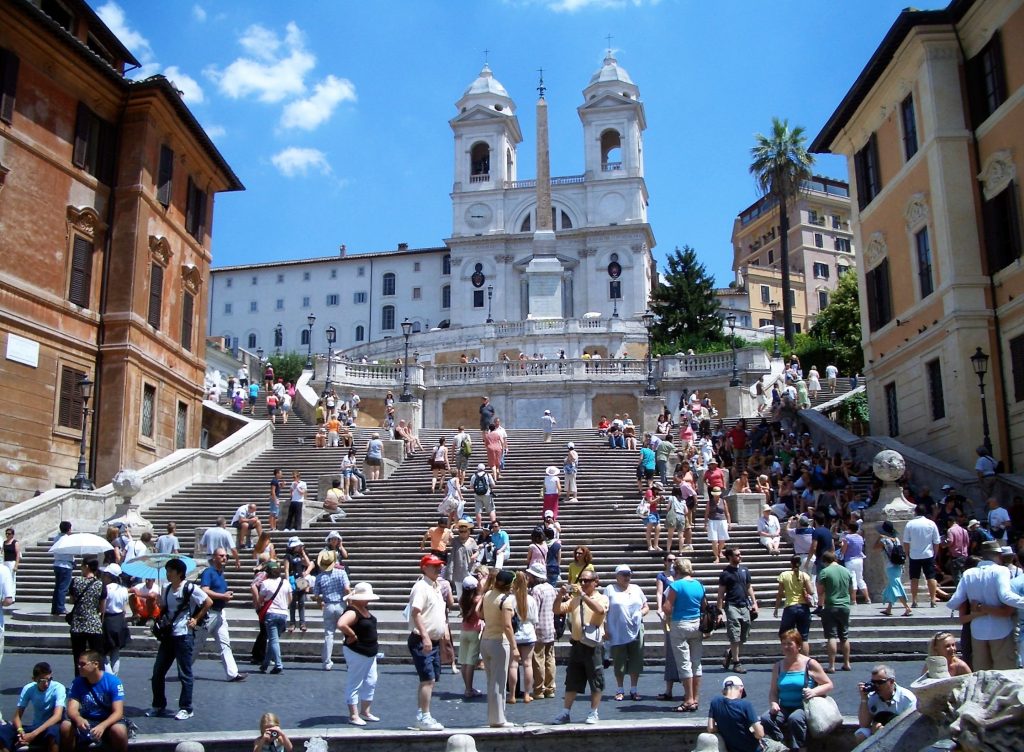 This baroque stairway, built in 1725, is a great place to chat with fellow travelers. You’ll meet people from all over the globe, as stylish Romans strut by on their way to boutiques on Via Condotti, the city’s most fashionable shopping street. The best time to visit the Spanish Steps is in May, when they’re decorated with a colorful array of blooming azaleas.

You used to be able to sit and rest on the Steps, but 2019 marked the end of this centuries-old tradition. Sitting is now a fineable offense, and security guards are watching.

At the base of the Steps is the ship-shaped Barcaccia Fountain, designed by Pietro Bernini and his son, Gian Lorenzo in 1627. The sculpture was inspired by a flood that deposited a boat in the middle of the piazza. 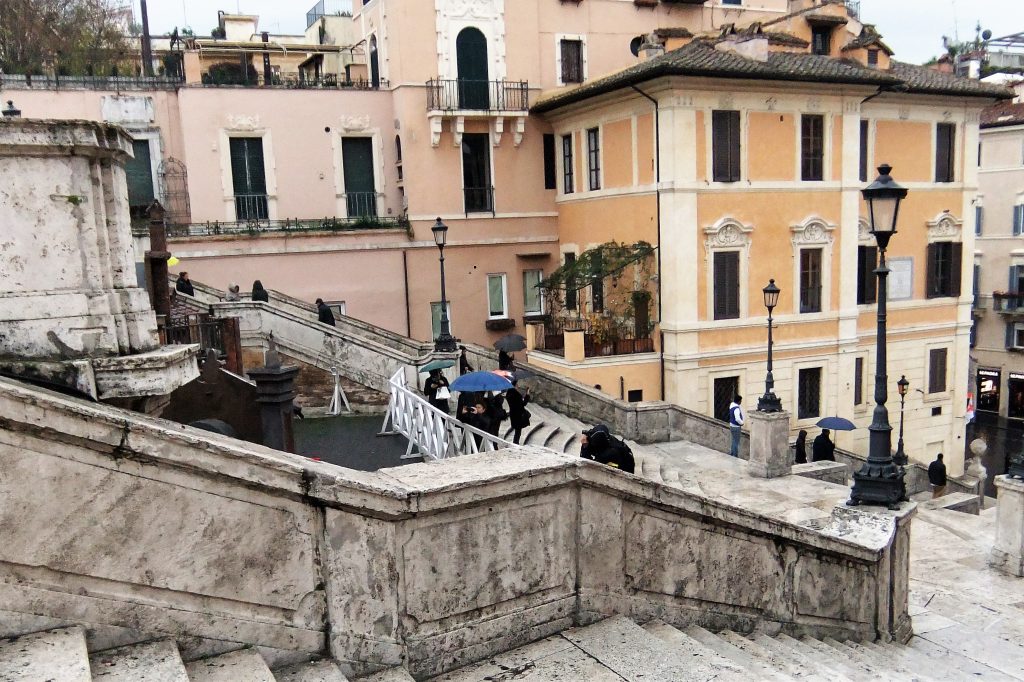 Next-door to the Spanish Steps is the house where Romantic poet John Keats died in 1821 at the age of 25. It’s a museum now, with a small admission fee (6 euros). You can enter the room where the poet perished and look upon his deathbed, although it’s not really his deathbed. Because Keats succumbed to tuberculosis, everything in the apartment, right down to the floorboards and wallpaper, was taken out and incinerated.

The current furnishings are period approximations, but there are still plenty of authentic, and wonderfully macabre, relics to contemplate, including Keats’ death mask, a lock of his hair, and a piece of jawbone belonging to fellow English poet Percy Bysshe Shelley, who drowned off the Tuscan coast in 1822. 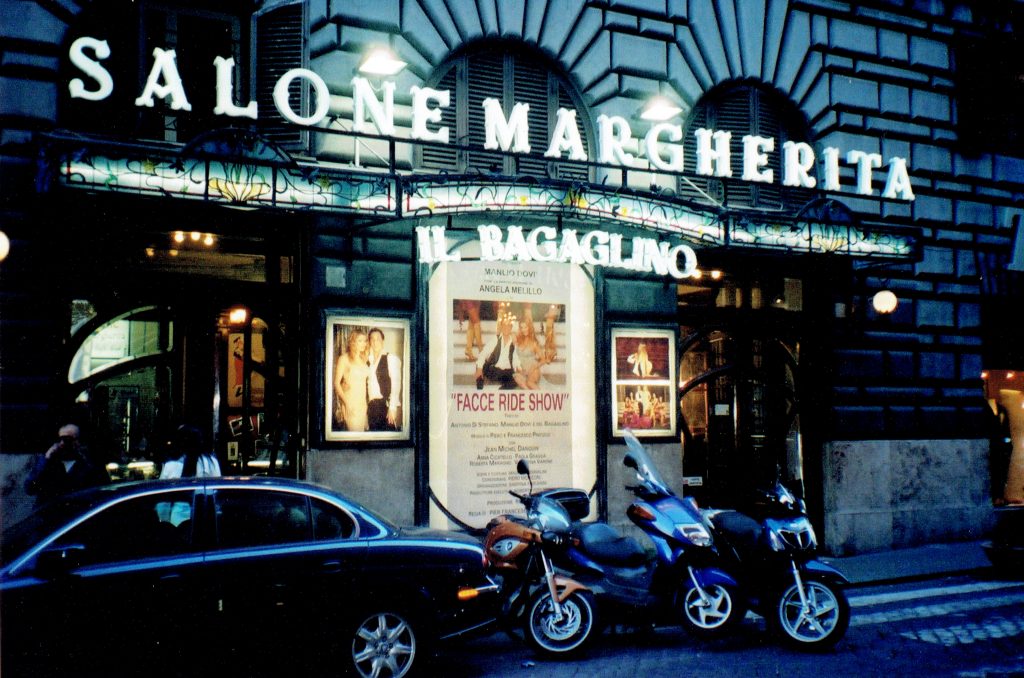 For something a bit jollier, try the Salone Margherita, an Art Nouveau theater that presents everything from zany variety to cabaret and opera. I took in a show one evening that featured the big three of Italian comedy: clowning, cross-dressing, and cleavage. Even intermission was fun. The lobby had a free pasta buffet, and was filled with well-dressed theater patrons slurping spaghetti off paper plates. The spicy sauce was obviously meant to drive us, open-mouthed and panting, to the bar, which it did. After multiple Peronis it hardly mattered that the entire show was in Italian.

On Tuesdays, the theater is transformed into Gregory’s Jazz Club, with private dinners available in the boxes. Saturday is burlesque night with music, magic, and acrobatics. 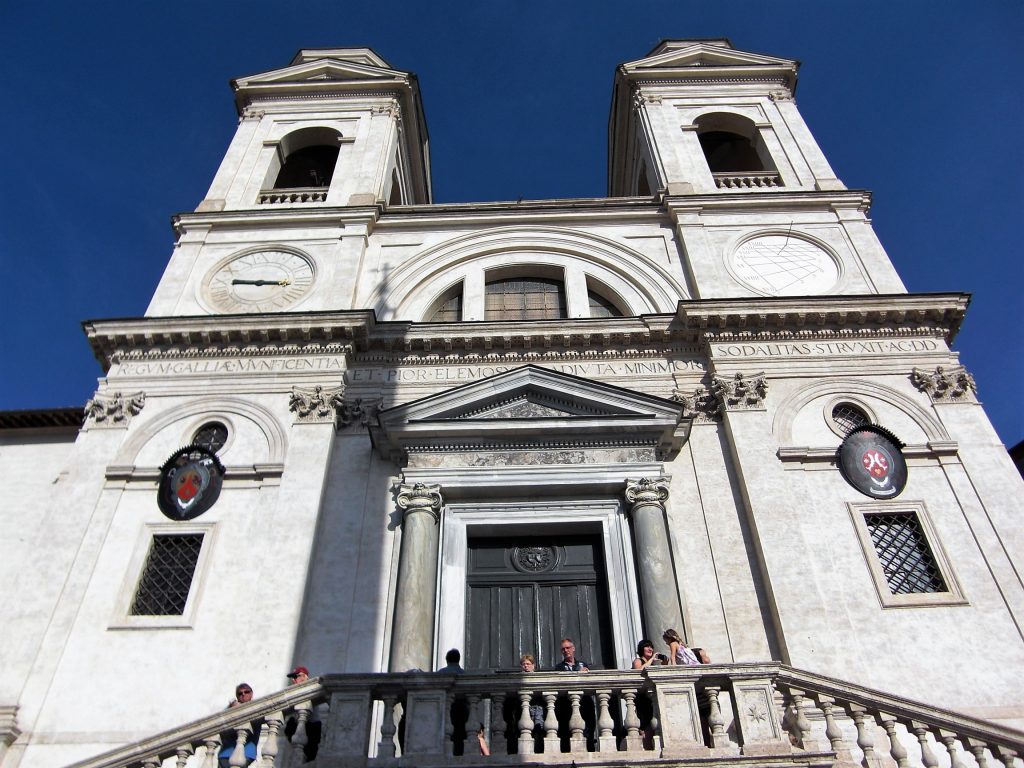 This twin-towered Renaissance church (1585) crowns the Spanish Steps and contains impressive art by Daniele da Volterra, Cesare Nebbia, Taddeo Zuccari, and others. There’s a convent attached, which you can tour on the first and third Wednesday of the month at 5 pm. The tour costs 12 euros and must be reserved by email, but it’s worth it. You’ll see the cloister, refectory, and chapel, as well as a hand-painted astrolabe depicting the skies above Rome. The anamorphic frescoes that decorate the corridors show different images depending on where you stand to view them. 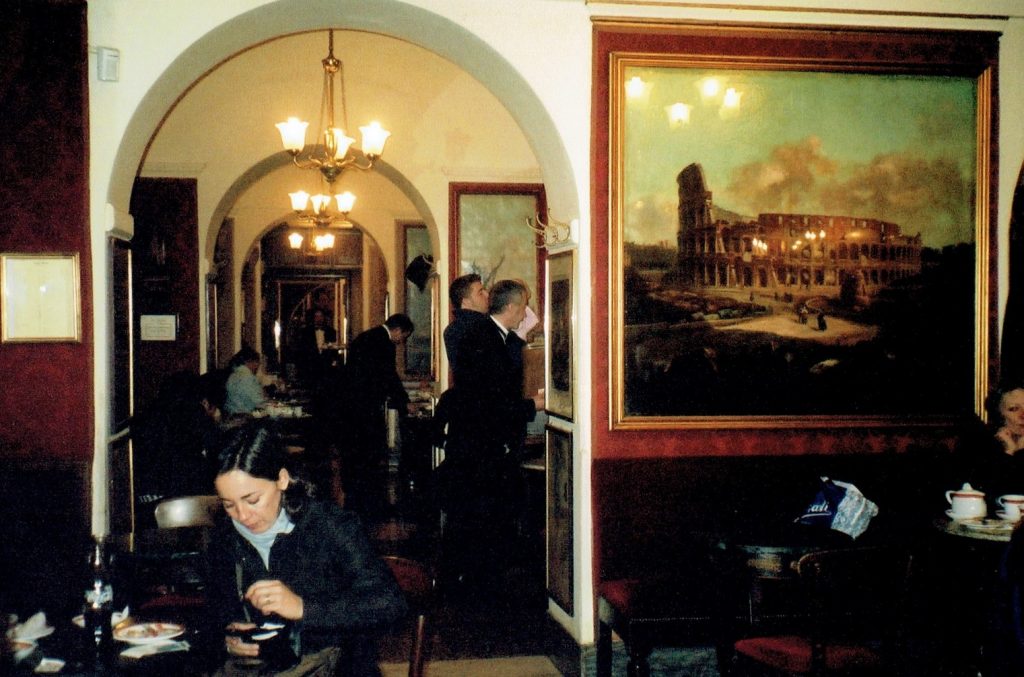 Rome’s oldest café dates to 1760 and has been visited by many celebrities over the centuries. Casanova, Keats, and Goethe hung out here, and so can you, though it will be pricey if you sit at a table. For a more affordable visit, drink your coffee (or booze) standing at the bar like locals do. Just pay the cashier and take the receipt over to the bartender, who’ll get your drink. Then squeeze in and rub shoulders with the regulars. 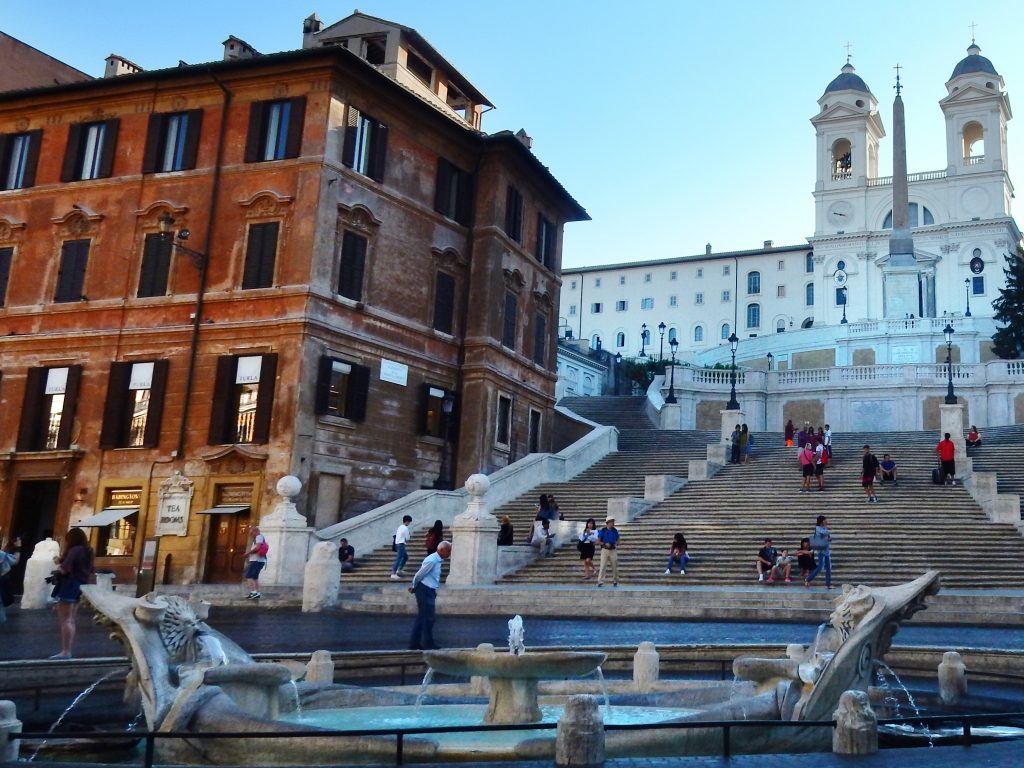 Babington’s was founded in 1893 by Isabel Cargill and Anna Maria Babington, two English women from aristocratic families. Romans, then as now, prefer coffee to tea, but there were enough British expats and travelers passing through on the Grand Tour to make the enterprise a success.

Isabel’s descendants (4th generation) are still running Babington’s. Things have changed a bit, though. In addition to tea (try the special Babington’s blend) and pastry, they now serve full meals (curry rice!). Housewares are available in the shop; there’s even a collection of Babington tea items in Sheffield silver-plate.

If you’re looking for a respite from the noise and bustle of Piazza di Spagna, Babington’s can’t be beat: cozy tables, parquet floors, antique mirrors on the walls—everything a proper tea room should be. It will cost you, though. Expect to pay around 30 euros for High Tea. 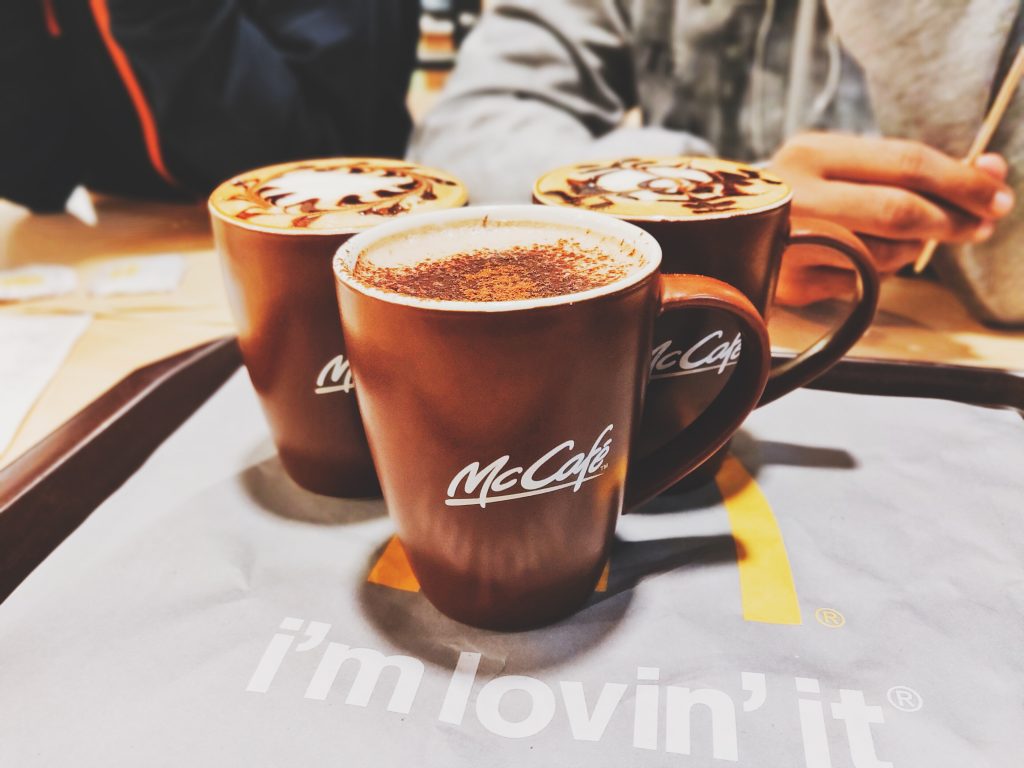 Before MTV, hip-hop and Doctor House invaded Italy there was the Spagna McDonald’s. This bastion of American culture opened in 1986 and stood alone for many years, enduring protests, picketers, even the objections of an international Slow Food Movement.

Yet, it survived, and, against all odds, prospered. Today, hordes of chattering youth meet under its golden arches, munching hamburgers. Since this is Italy, there’s good coffee, too. Have a cappuccino, espresso or latte in the McCafe. 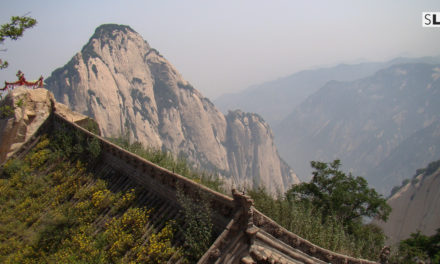 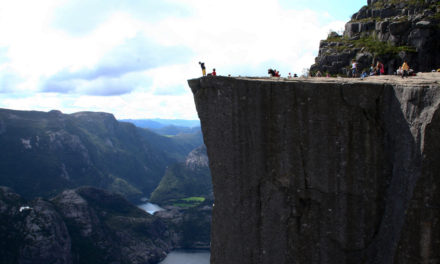 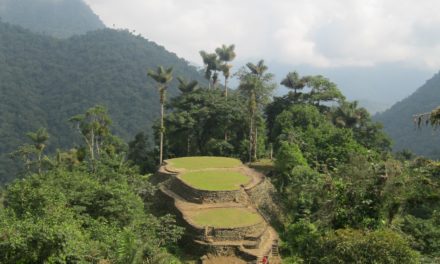 Ciudad Perdida: A Guide to the Lost City of Colombia