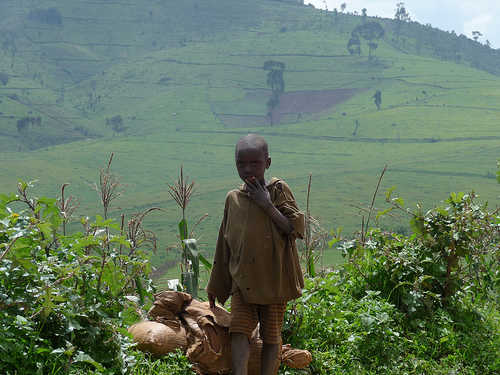 I recently had my first month-long work trip to Rwanda, Uganda, and Burundi. The trip represented a number of firsts. First time to Africa. First time to be jetting around for quick site visits rather than long-term job assignments. And first time to be representing the US government in the field with the official passport and all.

Rwanda was the first country to visit on my tour. In pre-trip reading up on the country, it was impossible to find a travel narrative that doesn’t wax poetic at the sight of small villages nestled in the misty hills and tilled plots stretching up on all sides of volcanic soil-laden slopes. And for good reason, the place is postcard bucolic beautiful. It was also impossible to find an English-language book that doesn’t also drift into commentary on “the unimaginable horror of the 1994 genocide and the subsequent re-birth of the country in an ethnicity-blind, forward-looking example of an African success story”. More on that later.

My first outing beyond the capital was to western Rwanda. In a steep mountain village several hours off the nearest paved roads, my agency has been financing a cooperative of pineapple growers that are trying to produce and sell juice for the local market. Seeing them for the first time, I marveled at the precision engineering imparted from years of selective planting. The plants rise up straight with a single pineapple resting on a short stalk. The long leaves on the top provide the perfect handle for plucking the fruit. The eyes on the side of the pineapple start to get dry just as it is at its ripest, avoiding any question about the best time to harvest, and when ripe the skin slices off easily enough but prevents birds and other animals from getting to the crop before you do.

So far, the cooperative has been making juice by laboriously slicing pieces of pineapple into small chunks and then hand-squeezing the pieces between two cutting boards. Our grant is financing a proper juicer that should dramatically decrease the amount of time and physical exertion needed for this stage. The cooperative has been incredibly productive even with this strictly manual effort, juicing, pasteurizing, and selling thousands of bottles of juice. When I saw the stockroom, the bottles had slightly misspelled English labels, but were fairly professional in appearance. It took me a minute to realize that the cooperative has recovered empty Heineken bottles for re-use. Since the beer company is one of the few in Rwanda to not recycle, it’s the first choice for a locally sustainable and affordable juice company like our grantee.

I thought that my few years of French would carry me far in Rwanda, but English is the dominant non-native language and has been ever since 1994. The genocide that started then ended when rebels, formerly based in English-speaking Uganda, swept over the country and seized control. While this linguistic heritage has served me conveniently in the capital city, out in the countryside I have to rely on the translations of our staff for communication. The Rwandan groups I have met are invariably warm and welcoming, but the intermediary translation has definitely affected my impressions of their culture.

There is a tendency for Rwandans to make a deep “mmmmm” sound as part of conversation. The sound is not a rising-then-falling “mmmmm” voicing of satisfaction. It’s much more a starts-high-then-goes-low murmur that I have decided is a mix of basic acknowledgement, indication of understanding, polite demonstration of the listener’s attention, and sometimes agreement. I have to admit I was startled the first time when the entire room filled up with this sound at exactly the same time.

“We’re very happy to see your strong progress and improvements to the facility as we begin this grant’s disbursement”, I say.

My colleague translates and then suddenly the room fills with the first “mmmmm”.

“My role in Washington is to compile the financial data and memorandums to help get projects funds to you as quickly as we can.”

Translation in Kinyarwanda, then “MMMMMM”. Increased volumes always coincided with statements related to getting funds out quickly.

I then launch into my carefully crafted statement, likening the grant process to the current preparations for the coming rainy season. They have plowed the fields and readied the grain; we are assisting with outside monies that will, like the rain, allow their work to yield a strong harvest. It is fitting, respectful, and I smugly reflect on how well the metaphor applies to the role of a rich donor country in development.

Once the translator is finished, I’m met with a quiet, fairly polite “mmm”. Not quite the rousing murmur response I had been hoping for. As we discuss some grant paperwork, the translator explains one of the first forms to be signed. A commitment to a drug-free workplace, slightly ridiculous in a country and in a village where subsistence agriculture effectively prices everyone out of a market for recreational drug use, is one of the first standard items we have to cover. It is, after all, US government money being used for the project.

Upon translation, “MMMMMM” breaks out immediately and then strong, enthusiastic clapping to this passage. The country representative and I look at each other in surprise.

As mentioned, it is literally impossible to find any books in my public library’s system that both discuss Rwanda but omit mention of the 1994 genocide. To broadly summarize, the majority Hutu people, who had until relatively recently been shut out of power and privilege, took up machetes and butchered nearly a million of their minority Tutsi countrymen. In the immediate wake of the genocide, the Tutsi rebel forces swept down into the country from northern strongholds, drove out the genocidaires, and proclaimed the end of ethnicity and a new beginning for the country. They also quietly re-assumed their traditional dominance of the organs of political and military power.

The new arrangement has largely worked with no breakouts of violence for more than a decade and a strong record of economic growth. That being said, for all the discussion of the genocide in the literature and even a Hollywood movie Hotel Rwanda, I have gotten a sense that any actual discussion of the events is something not suited for polite conversation while actually in Rwanda.

Instead, there are subtle clues and hints as to a person’s ethnicity. Many of the persecuted minority spent years in Tanzania and Uganda as refugees. They learned English, were exposed to more modern economies, and they have assumed many positions in international organizations like ours. There is no mention of the word “Tutsi”, but the term “returnee” seems to be an acceptable code word.

During one moment of a heated meeting with a company director on a different project visit, I caught a glimpse of the issue’s weight on the country or at least on how they want to present themselves to outsiders. I had to negotiate access to the director’s financial records by one of our staff members who the director has claimed is out to smear his reputation. As discussion becomes heated, he blurts out, “Do you know about the genocide? Do you know what happened here?”

I have no idea where this came from, we’re communicating in my slow, rusty French, and I am left slightly speechless. His colleagues struggle to jump in at this point.

“No! It’s something that cut to the heart of Rwanda! I won’t back down! I can’t allow this inspection visit from that staff member!”

Five members of his management team alternately plead in their Kinyarwanda language with him, while trying to anxiously steer the conversation away from the whole issue. My staff’s uncomfortable, I can see the managing director is angry and yet also embarrassed at his own outburst, his nearby wife appears mortified. I am more befuddled, trying to understand where this suddenly came from. Maybe a people beaten and subjected to such violence live with the scars under the surface. Or maybe this simply an irrational businessman who is used to getting his way and when pressed decides to claim victimhood so I will back down. There is a vein of truth running below the cultural surface that I won’t understand on this eight-day visit.

After visiting the pineapple growers’ cooperative, my team and I overnight in a small guesthouse.  Rising early, we drive back to the capital on a Sunday morning. The roads are crowded with people, Hutus in this case, who are making their way to Sunday church service. Shorter, darker skinned, and with broader facial features than my Tutsi staff members, there is no way to really believe that the issue of ethnicity and race is behind this country just yet. Rather than talk about the obvious features, I make a simple comment about how these rural people appear to be quite religious and diligent in their observation. 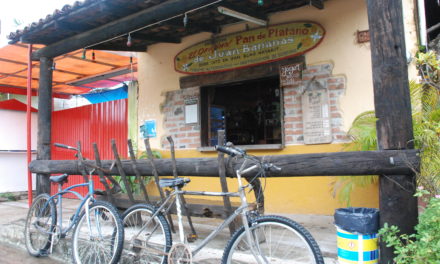 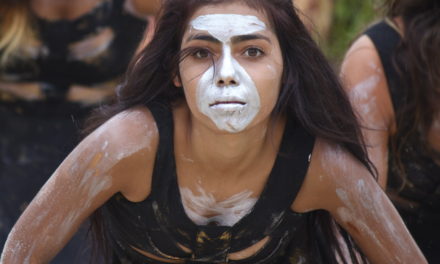 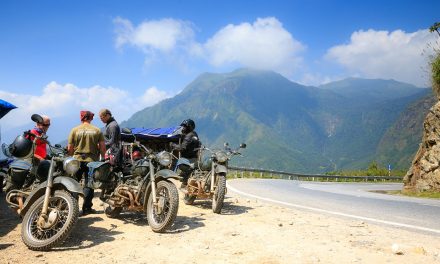 Top Things to Do in Sapa Vietnam