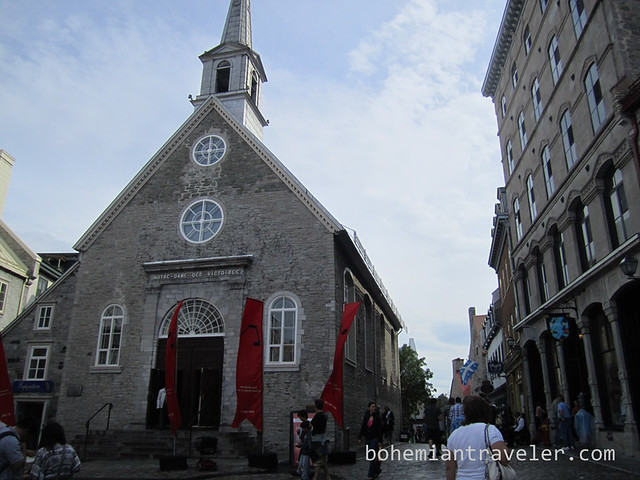 The capital of Quebec, Quebec City is one of the longest-standing European settlements in all of North America. Founded by the French in the 16th century, the city was under British rule until Canada became fully independent. Regardless of the significant Anglophile influence, over 90 percent of Quebec City’s inhabitants still speak French. A place of fascinating history and culture, nowhere can you take the pulse of Quebec City’s past, present and future as easily and enjoyably as you can in a handful of its best museums.

Started by nuns in the early part of the 17th century, the Ursuline Monastery is the oldest school for young women in all of North America. The museum’s artifacts and exhibits highlight the monastery’s practices, history and cultural significance throughout its 300 years of service to the Quebec City area, where it served as a cloister, a school, and a hospital. Permanent installations show alters, religious art, habits and ornate embroidery. The changing exhibits discuss the education of the young girls who were instructed at the monastery, a day in the life of an Ursuline nun, as well as the role of the church in the region.

Once you’ve made your holiday plans to Quebec City, look into visiting the Musée de l’Amérique Francaise. The oldest museum in all of Canada, this institution is located at Laval University, and it highlights one of the principal features of life in Quebec City: the influence of French culture on North America. In effect, the museum seeks to ask and answer the question of why French-speaking people would have left their native land to settle in Quebec, Louisiana and the St. Lawrence River Valley. Over 120 artifacts including a fur trader’s diary and pioneer guns tell the stories of the earliest French-speakers and settlers as well as their impact on the people of Canada and certain cities in the United States. Historical artifacts from the region include coins, botanicals, fossils and various ancient books.

The Museum of Fine Arts in Quebec City has an expansive collection of art that includes over 35,000 pieces that span the earliest days of the first French colonies through British rule and into the present. Over 4,000 artists are represented in the museum’s complete collection, and exhibits and pieces rotate regularly. The museum features three pavilions, one of which was a prison cell block during the 19th and 20th centuries and currently contains an exhibit about the prison. In addition to being a storehouse of the most notable Quebec art from the past 300 years, the museum also offers guided tours, workshops, school programs, concerts, lectures and other events and activities designed to promote the artists’ work and the museum in the community.

The Museum of Civilization houses exhibits from cultures from around the world with a special emphasis on the many cultures that have come and gone within Quebec and Canada. Over 240,000 artifacts, artworks, and documents are on rotating display in the museum, from the earliest Inuit tribes and French colonists to Haitian cultures and aboriginal tribes from around the globe. The museum houses three permanent exhibitions complemented by seven other sites that change throughout the year. The architecture of the building is phenomenal; a postmodern structure of glass, stone, and copper, the museum was constructed in the late 20th century. It has since been named a World Heritage Site.

Many a naval battle was fought along the banks of the St. Lawrence River, and the Naval Museum of Quebec brings all the historical drama of the past to life. British galleons, German U-boats, Canadian warships, pirates and more are discussed throughout this museum’s many exhibits, pieces, and artifacts. Not content to merely document the past, Quebec City’s naval museum is an ongoing force in military research and education throughout Canada.

When you visit Quebec City, don’t just take in its excellent food, nightlife, and shopping. Spend some time in the city’s many notable museums, and discover the region’s stories and memories about Quebec and Canada.