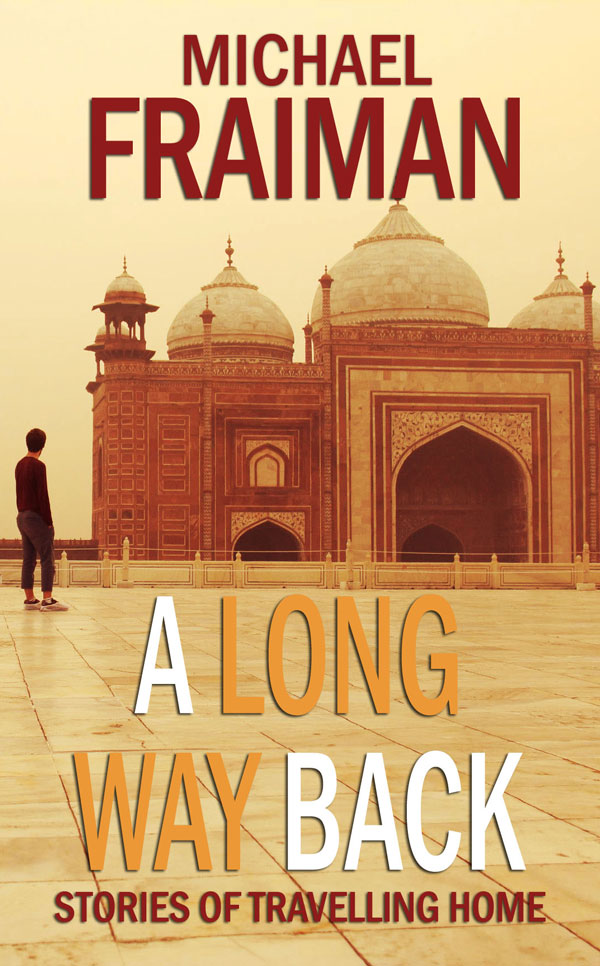 Travel: A Long Way Back: Stories of Travelling Home

A Long Way Back: Stories of Travelling Home chronicles the journey of Michael and his girlfriend V from them leaving North America to live as ex-pats teaching English in South Korea to their return journey home via Asia and for Michael alone an extended stay away from home by taking in Europe too.

Michael writes mainly through his eyes, although you do get the impression that V shares his impressions – some quotes or points of view from V would have been nice though.

Michael is clearly a ‘sight person’ with splendid vividly colorful descriptions of people, places and food.

I would have liked to read more description of feelings, smells, noises, tastes etc to get a fuller picture and to feel as if I was really with them on their protracted journey.

The book is pretty much divided into two halves, Asia and then Europe with the home-coming providing the end.

I have to say that I enjoyed the Asian section the best. This may well have been due to their being more scrapes and mini disasters plus more eccentric characters to describe in this region rather than the more familiar and predictable (to me) events experienced in Europe. A non-European could well have a different view.

I found myself unable to put down the iPad when reading the early chapters, but was therefore less enthusiastic as the book wore on.

I was totally able to relate to being ill in a third world country and to massive frustrations when travel plans go awry. The incident regarding the Indian visa was hilarious, but again I would have liked Michael to explore the couple’s feelings about the situation in greater depth so that I could feel all the inner turmoil with them.

Many of Michael’s adjectives and metaphors are superb and I like the quirky way that he gave all the characters that he met along the way a nickname relating to their traits, mannerisms or appearance.

There are a few typos along the way (that however did not detract from the text) and I also found Michael slipping into a combination of past and present tense in the same paragraph on a few occasions – minor distractions, but distractions all the same.

My final observation is that I would have liked to have seen some pictures along the way to illustrate some of what I was reading.

On the whole I would rate the book as 3 stars+, but I think there is enough material and writing talent there to notch the rating up at least another star.