Contributing writer Sally Kay has been traveling through South America for 17 months, from Ushuaia, the southernmost tip of Argentina, all the way to Cartagena in the north of Colombia. She has covered many of those miles by hitchhiking.  I was about to meet her in Colombia but she got temporarily held up in Ecuador after being robbed. I was intrigued by her hitchhiking, especially alone as a woman, and I wanted to bring her story to our readers. So she answered some of my questions via email.

GN: First, the stats: How many times, roughly, have you hitched? How many countries? What was your longest ride?

Sally: I’ve probably hitched about 100 times, give or take, in seven countries.  My longest ride was with a friend across Argentina from Rosario, in the east almost to Salta in the west. When the truck driver stopped for the night we unrolled our sleeping bags and slept beside the semi.

GN: How many years have you been traveling like this? When was your first hitch?

Sally: I am relatively new to hitching.  My first ride was in 2009, but I was hooked from the start.

GN: The question most people want to know: Are you ever scared hitching as a female? Do you usually hitch with a male companion or another female? Is it safe?

Sally: I have been in slightly uncomfortable or awkward situations, but nothing scary.  Like anything else, I think it’s important to be safe about it. I have hitched alone and with another person without problems, but it really is safer to have a partner while hitchhiking.

I don’t think it’s unsafe for a woman to hitchhike alone during the daytime (depending on the place) and by no means would I advise against it, but a woman and a man together is definitely the best combination.  Whether or not you are actually a couple doesn’t matter, it gives that impression and discourages awkward overtures.

GN: I am biased about hitching in my home country, the U.S., because I think can be more dangerous than other places. Have you ever hitched in the States?

Sally: I think that it is more dangerous in the States.  I have thought about it, but the closest I have gotten to hitching in the States is Craigslist rideshares. The main reason I say this, is that while people will tell you hitching is dangerous all over the world, in South America people who do hitch, recommend it. In the States, hitchhikers have warned me that it is too dangerous for a girl alone.  There is also the added problem that hitching is illegal in many states and police will often fine hitchhikers. 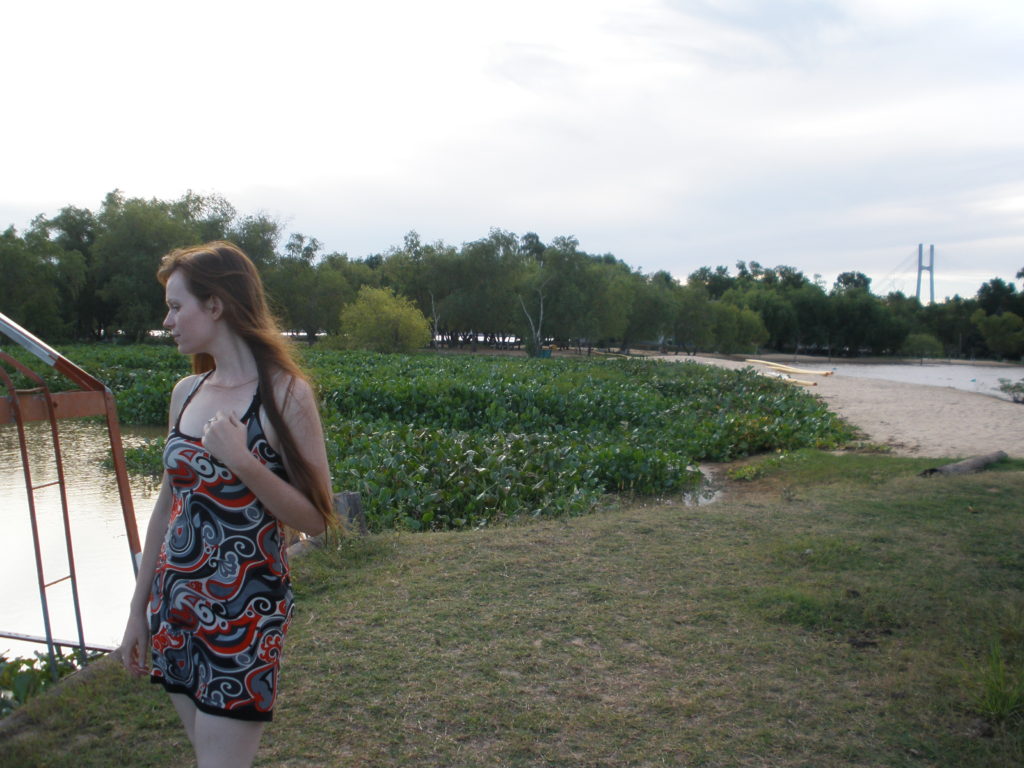 GN: What was your easiest country for getting rides? Your most difficult?

Sally: Chile was probably the easiest country to get a ride in. The roads are wonderful, many people have cars, and everyone seems willing to give hitchhikers a ride. I hitched from La Serena on the west coast to Mendoza, Argentina in a day, getting one ride after another.

Colombia was by far the most difficult country to get a ride in. Though Colombians are wonderful people there is still a fear of kidnappings and guerillas. The government even has run announcements warning drivers not to pick up hitchhikers. This sadly makes hitching in Colombia almost impossible.

GN: Any stories of over-the-top hospitality?

Sally: That’s part of why I love hitchhiking.  It’s pretty standard for truck drivers to buy hitchhikers meals when they stop to eat, which is always nice.  I have had truckers offer to pay for bus tickets when we weren’t headed to the same place. I have had truckers invite myself and a hitching partner sailing with them.

I think probably my favorite over-the-top hospitality experience was traveling with a friend.  A truck driver called ahead to the city we were visiting, found us a hotel room, and paid for our accommodation.

GN: What has been the most frightening part of hitching; when were you worried the most?

Sally: I have been pretty lucky and haven’t had any really frightening experiences.  Once I hitched with a trucker, it was pretty far, but I thought we would make it to our destination before nightfall.  Much to my surprise he pulled over and stopped for the night and ended up making advances on me.  It was extremely uncomfortable but I told him quite firmly that I wanted no part of that and wanted out of his truck.

As soon as he realized I was serious about it, he apologized profusely and was extremely embarrassed, but it could have gone quite differently.  After that, I never hitched alone after dark or on extended trips where there was any possibility the driver would stop for the night.

GN: Why Hitch? Are you trying to save money or just after some adventure?

Sally: Hitching is more than just a way to save money.  It is a great way to meet some extremely interesting people you wouldn’t otherwise encounter, see a different side of countries, and some amazing nature along the roads.  It is also wonderful to see how kind so many people are, hear their stories, and get an entirely different perspective on life.

I hitchhiked with one miner who had grown up in a family so poor the nine children had to share four pairs of shoes when they went to school.  Half the children had morning classes and would bring the shoes back for the other children to wear in the afternoon.  Not only did the miner have fascinating stories, but he took me and my travel partner to the mine he worked at and let us stay in this amazing house made completely out of salt, with salt tables and benches! 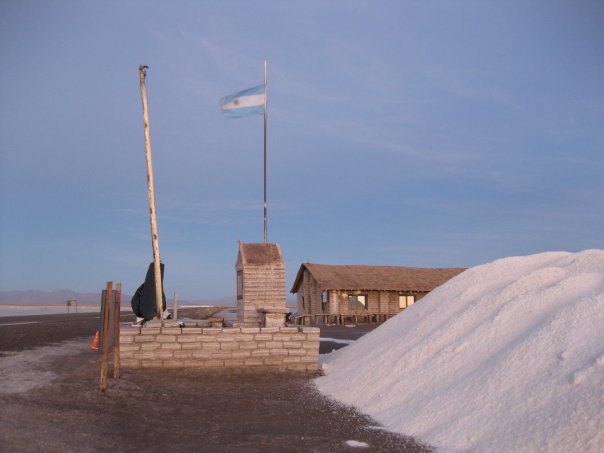 GN: Any advice to anyone out there, especially for females who are looking to travel by thumb?

Sally: There are a million ways to hitchhike, but I’d be happy to give a little advice to help get some new hitchhikers started.

Sally has written Ten Things she should know before couchsurfing: Tips for Women and A Hitchhiker’s Guide to South America for GoMad Nomad. She blogs at: Adventuresse Travels