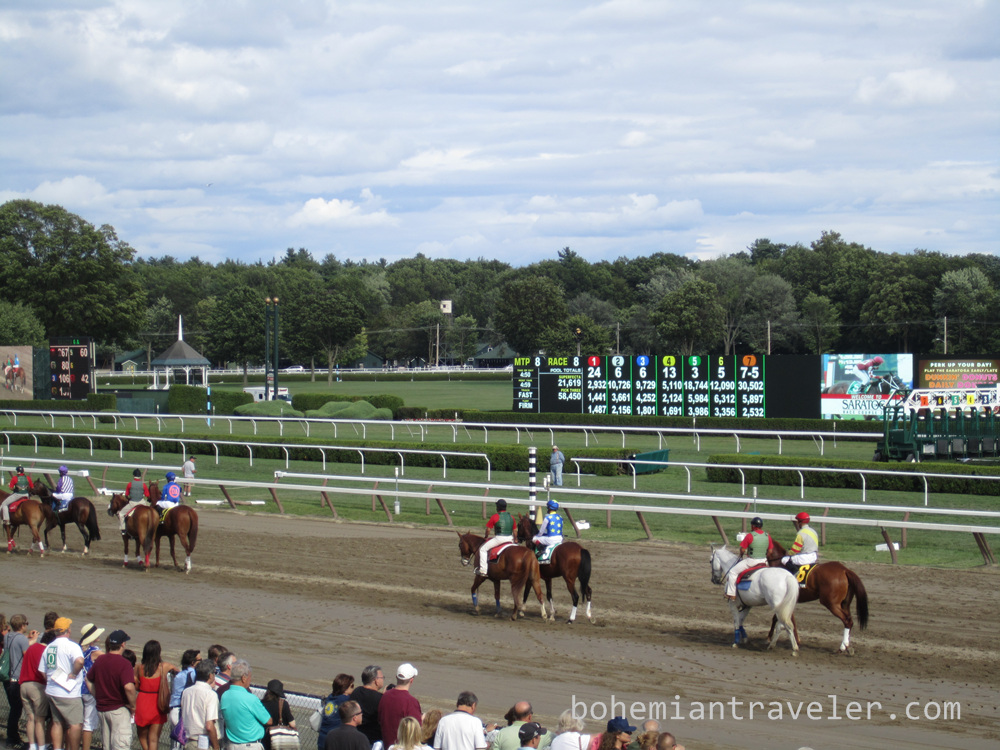 It’s not just betting on horses. It’s an experience. Saratoga Springs, New York is one of the best places in the United States to watch horse racing.

There is definitely a horse racing culture around Saratoga Springs: not only in the breeding of race horses but spending the day at the track watching them race. I showed up on a sunny afternoon in the summer with my blogging gear: cameras, video camera, note pads while others were pulling coolers filled with beer and their own lawn chairs. We commoners bought the $3 general admission tickets, without seats. There were others sitting in the stands, well-dressed, men in suits smoking cigars, women with wide-brimmed hats and long dresses. It felt like a Saturday afternoon, but this was just a weekday in August at Saratoga.

Saratoga Springs, New York is about 45 minutes north of Albany and about 3 ½ hours from both New York City and Boston. It is a resort town of about 25,000, known for its healing mineral waters, but today more famous for its horse racing.

Stephen Bugno has just returned from Southeast Asia and has now set off to discover the places a little closer to home. He blogs at BohemianTraveler.com

Submit your photo of the week to be featured at GoMad Nomad with a link back to your blog! Send a photo with a paragraph or two describing the photo or your experience to gomadnomadtravelmag [@] gmail.com 1 thought on “Photo of the Week: Saratoga Springs Horse Races”