Photo of the Week: Ashgabat, Turkmenistan 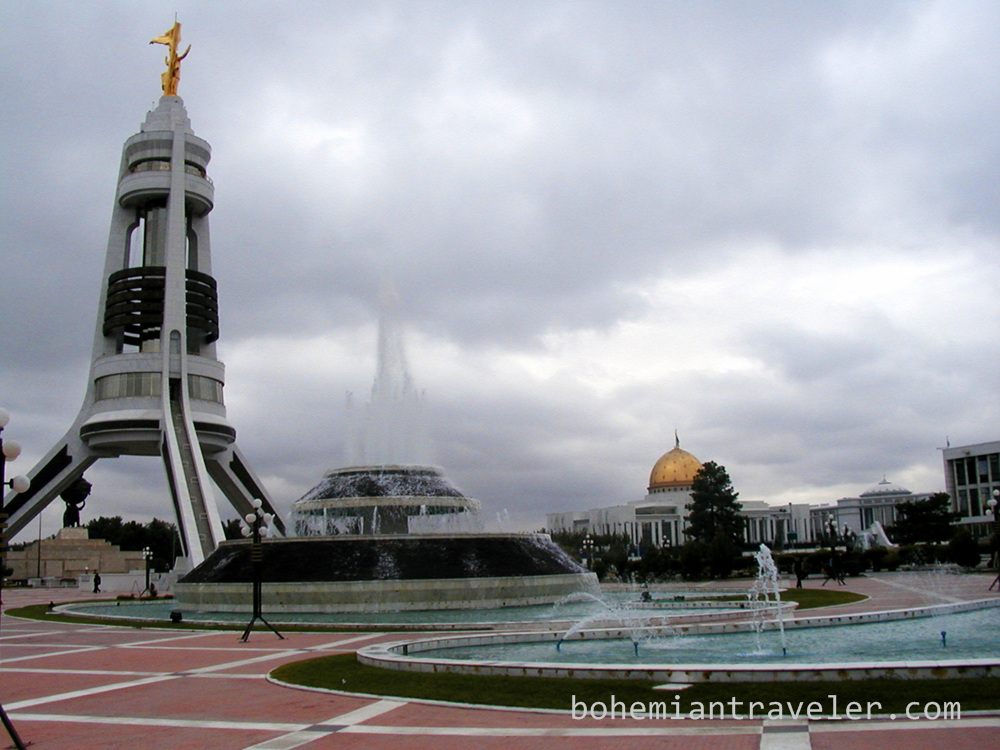 In all my travels, Turkmenistan has been, by far, the oddest place I’ve visited. Culturally, the Turkmens are “cousins” of the Uzbeks, and I found many similarities in the everyday lives and customs with their Central Asian neighbors. The languages are also similar, both routed in Turkish. These are not the reasons I found Turkmenistan odd. Those reasons have to do with the cult of personality surrounding the then-alive Saparmurat Niyazov—also known as Turkmenbashi, or Leader of Turkmens.

He had large golden statues built for himself, renamed the days of the week and months of the year, and placed himself on the national currency. He wrote a book called the Ruhnama, meant for the “spiritual guidance of the nation”. Because he felt that only the Ruhnama and the Koran were necessary for most Turkmen to read, he closed all libraries in the country outside of Ashgabat. In addition to that, he closed all hospitals around the county because he felt all who were ill should come to the capital for treatment. The list of outrageous decrees and laws continues, like outlawing the opera, ballet, and the circus in 2001.

The absurdity of empty multi-lane roads, new still-empty marble-covered high rises, and endless water fountains in an arid land were my lasting impressions of Ashgabat. I would be curious to see how and if the city has changed since I last visited in 2004, especially since the passing of Turkmenbashi. The large golden statue of Turkmenbashi, which I believe has been removed. The monument to Lenin in Ashgabat The Drama Theater in Ashgabat 3 thoughts on “Photo of the Week: Ashgabat, Turkmenistan”