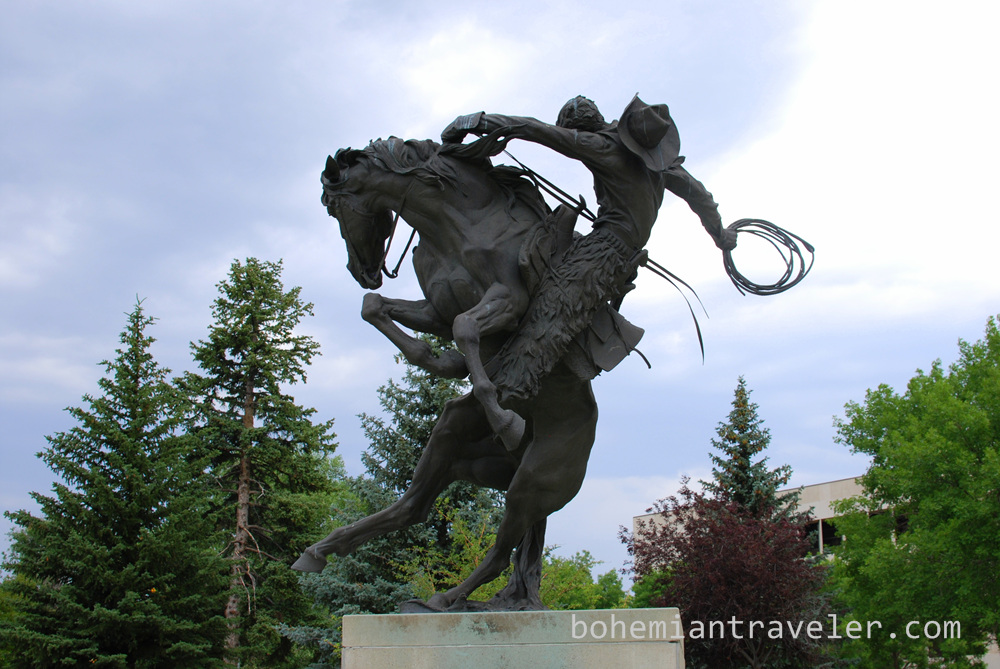 I’m still trying to digest my afternoon in Cheyenne. I’m trying to be positive about my few hours in the capital of America’s least populous state, but I’m not sure there’s anything to bring me back for another visit. There were very few people out and about downtown, and those I did see, made me want to cross to the other side of the street to avoid. Cheyenne was kind of lifeless in general late on the Monday afternoon when I visited.

That said, Cheyenne was voted top western town by True West magazine in 2009, so maybe I’m missing something. They do also have Frontier Days the last full week in July, which does sound interesting.

I still wouldn’t recommend skipping Cheyenne because it’s actually a good intro to the state of Wyoming. The State Capitol Building is worth a stop to check out the enormous stuffed buffalo, or bison bison bison, as it’s known in Latin. The adjacent State Museum is also worth an hour or two of your time.

Here’re some things I learned at the State museum:

Before leaving Cheyenne, don’t miss the Big Boy. Only twenty-five of these world’s largest steam locomotive were ever made. This 4004 is one of only eight remaining Big Boys on display throughout the country. The powerful coal-fired engine was designed to pull a 3600-ton train over steep grades between Cheyenne, WY and Ogden, Utah. It’s 132 feet long and weighs 1.2 million pounds.

The photos below are all from in and around Cheyenne: 5 thoughts on “Cheyenne, Wyoming in Photos”