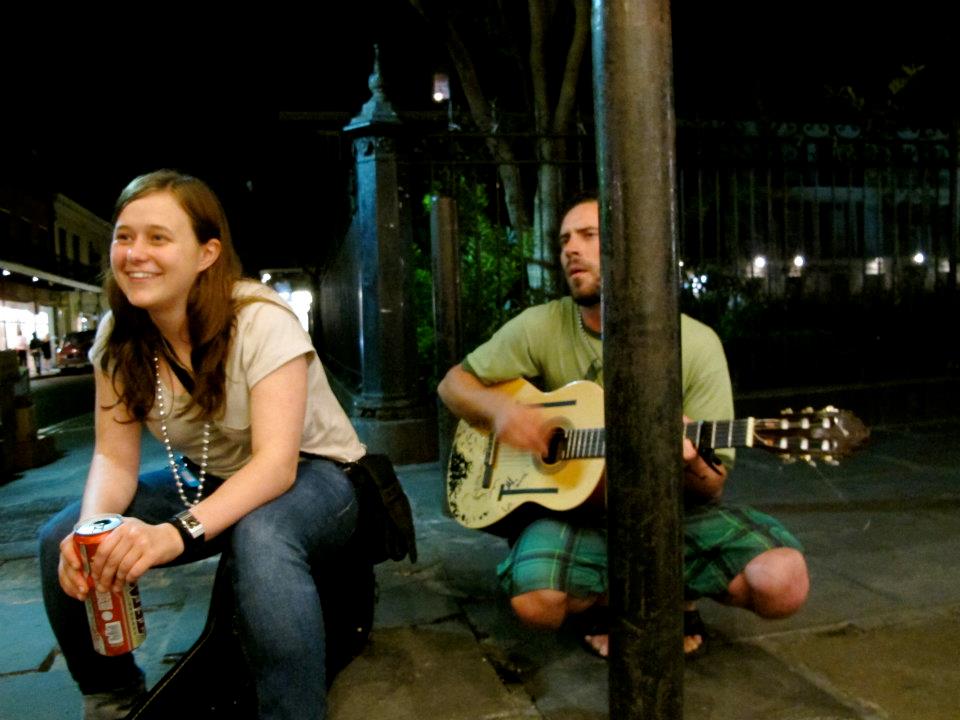 My little brother and I met Leroy in New Orleans on a corner just off Bourbon Street. By that time our busking duo had swelled to include Cass, A Brit touring the USA to “prove that not all Americans were stupid,” three local street musicians, and a bearded man in a checkered blazer going through the garbage a few feet from us. Though we hadn’t exchanged any words with the beard in the blazer, I considered him with us.

Leroy came for the music. At the time I was trying, disastrously, to recreate a song I’d pulled out of the air during an impromptu jam session a month before. The refrain, that went, “We’re Nazis who play Yatzee,” was still there, but somehow this time around the make-it-up-as-you-go song seemed dark and unfortunate.

The passerby’s expressions seemed to agree. There’s no room for error when singing a jovial song about Nazism. But thankfully, just as I was feeling certain I was going to burst into flames and be cast into the fiery furnace for my lyrics, Leroy walked up and gave me an approving high five.

“That’s pretty good,” he said. “I can dig it.” Leroy had a Caribbean saunter and could shoulder jive like no one we’d ever seen. He ended up camping out with us on the street corner for a few hours and soon proved himself to be my favorite kind of person—the kind that yells out stuff like “Amazing!” and “Brilliant!” after the concluding chord of my songs.

He explained to us that his girlfriend was a stripper and he didn’t have anything to do until she got off from work. Which by his estimate would be late, but with $600 in tips, a portion of which, he was ecstatic to report, would be doled out to him so that he could buy a bottle.

Patience was not one of Leroy’s virtues, and three times during his stay he set out to see if his girl would spring for a bottle before her shift ended. Each time he returned with bad news, “Nope, she says to wait till she’s done working and not to come back until she texts me.” 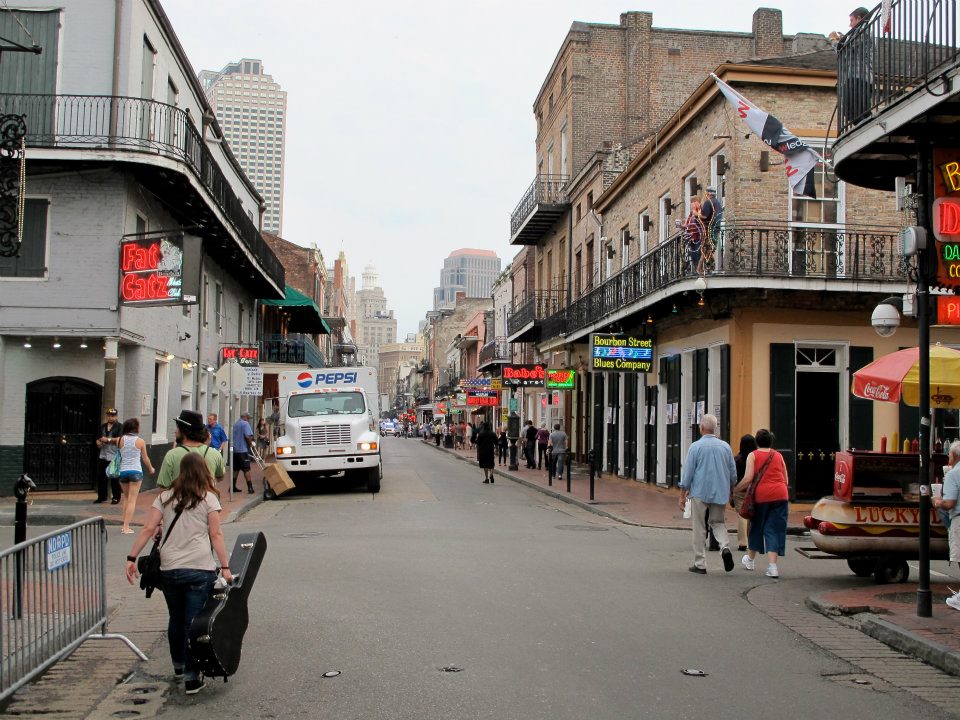 Through the course of normal get-to-know-you banter, he asked us where we were living. “We’re homeless,” my little brother burst out with an ironic grin. Leroy looked at the ground and told us how sorry he was to hear that. I tried to elucidate my brother’s statement, saying that while, yes, technically neither of us had a mailing address, that was because we were spending the summer road-tripping across the country and planned to settle down somewhere in August.

My bro was doing it because he had always dreamed of doing it and I was joining him while I retooled after a five year, post-college stint working in Latin America.

“Do they have places to feed you people?” he asked, with a look of compassionate sorrow in his eyes, unable to move past the words “homeless” that my brother had used to describe our situation.

A look of relief appeared in his eyes, “Oh that’s real nice. I’m really glad they do that for you fellows.” Then he told us that if we were ever in Mississippi he could set us up with a place to stay and a hot meal.”

I looked down the street and saw the plaid blazer going through a different set of dumpsters. Then I looked at us. My brother and I and our newfound friends were sitting on cardboard, close to midnight on a street corner in down town New Orleans. A guitar was in my hand and a mandolin was in his.

This was a dream since he was a little kid and life had been serendipitous enough to free me of my obligations at the right time so I could join him.

Why, I wondered underneath the streetlights, had the blaring mass media messages that preach the religion of materialism and money never taken root in us? This wasn’t the first time I’d asked myself a question like this. And as I jot this story in my notebook by candlelight in a tent straddling the Kentucky-Tennessee border, I can hear my brother packing up the no-longer-needed cooking supplies into a car we’ve put 4,000 miles on in two weeks. The question still remains unanswered. But whatever the reason may be, I’m glad we’re living our lives in a way that question the question to have relevance.

After directing a human rights organization for four years in Guatemala, Luke is now back in the United States, traveling from coast to coast, looking for a new home with his brother Tyler, writing, playing music and promoting his book, iPoems for the Dolphins to Click Home About. His music and writing can be found at www.TravelWriteSing.com