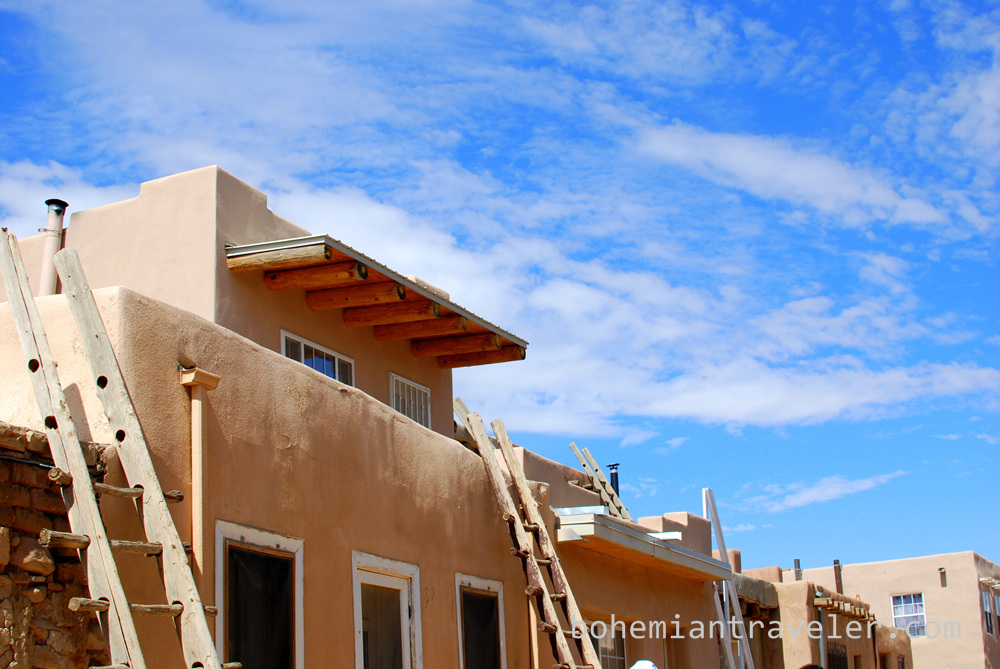 History of the Acoma Pueblo

“No note taking.” Our tour guides tells me after I jotted down a couple thoughts as he began explaining the history of the Acoma Pueblo.

We are up high on a 367-foot sandstone bluff in a valley studded with sacred, towering monoliths in the desert of western New Mexico. This is the Acoma Pueblo’s Sky City—thought to be the oldest continually inhabited community in North America.

This was just one in a long list of rules. There are no tripods, video cameras, digital video cameras, cellular phone cameras, binoculars or audio recording devices allowed. Permits for cameras must be purchased at the Sky City Cultural Center prior to photographing on the Acoma lands.

Acoma Pueblo, perched atop a sheer-walled sandstone bluff, has been home to these Pueblo Indians since 1150 A.D.  The settlement’s inhabitants are known worldwide for their unique art and rich culture.

The tribe has 4,800 members, and most of them live off the bluff in the surrounding valleys in modern housing. Nearly all return for festivals and religious ceremonies.

In 1629, construction began on the Catholic San Esteban del Rey Mission.  Both the Mission and the Pueblo are Registered National Historical Landmarks.

After visiting Sky City on top of the mesa, check out Cultural Center down below where you buy the tickets.

A $20 entrance fee covers the tour, the cultural center museum, and camera permit. Stephen Bugno drove 6,144 miles on the back roads of the US stopping for natural beauty, Indian Reservations, and cool small towns. He blogs at BohemianTraveler and edits the GoMad Nomad Travel Mag.