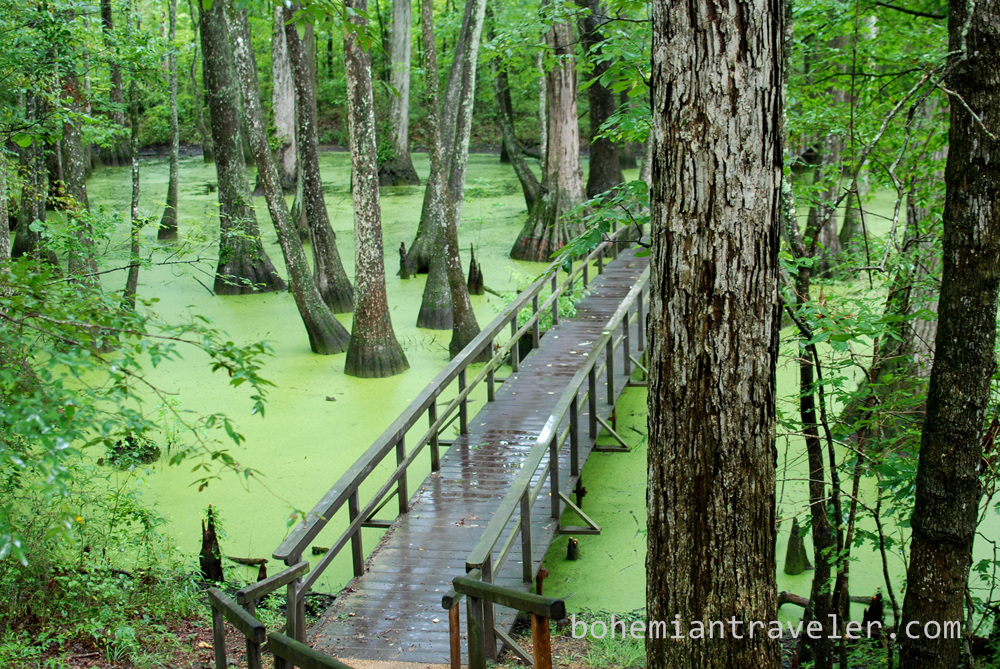 The Natchez Trace is a 444-mile scenic Parkway stretching through Tennessee, Alabama, and Mississippi. It follows the Old Natchez Trace, an important historic path used for centuries.

I recent drove about five hours along the Natchez Trace through Mississippi. Although there isn’t any spectacular scenery, it is a very pleasant drive. It’s best driven when you’ve got time to explore the many stops along the way. The Trace has seen about 10,000 years of history.  Used by American Indians, “Kaintucks”, settlers, and future presidents, the Old Trace played a significant role in American history.

The Choctaw, Chickasaw, and Natchez, as well as prehistoric American Indians all called this area home for part of the year. The most celebrated travelers of the Natchez Trace were farmers and boatmen from the Ohio River regions of Pennsylvania, Ohio, and Kentucky who floated supplies down to ports in Natchez and New Orleans at the beginning of the 1800s. Regardless of where they came from, they were collectively known as “Kaintucks”.

In addition to the scenic drive, the Natchez Trace has plenty of hiking, horseback riding, and is a designated cycling route. You’ll also find camping along the way. Over 100 different species of trees, including the Dogwood and Redbud, grow along the Natchez Trace Parkway.

View more photos of the Natchez Trace in Mississippi below: