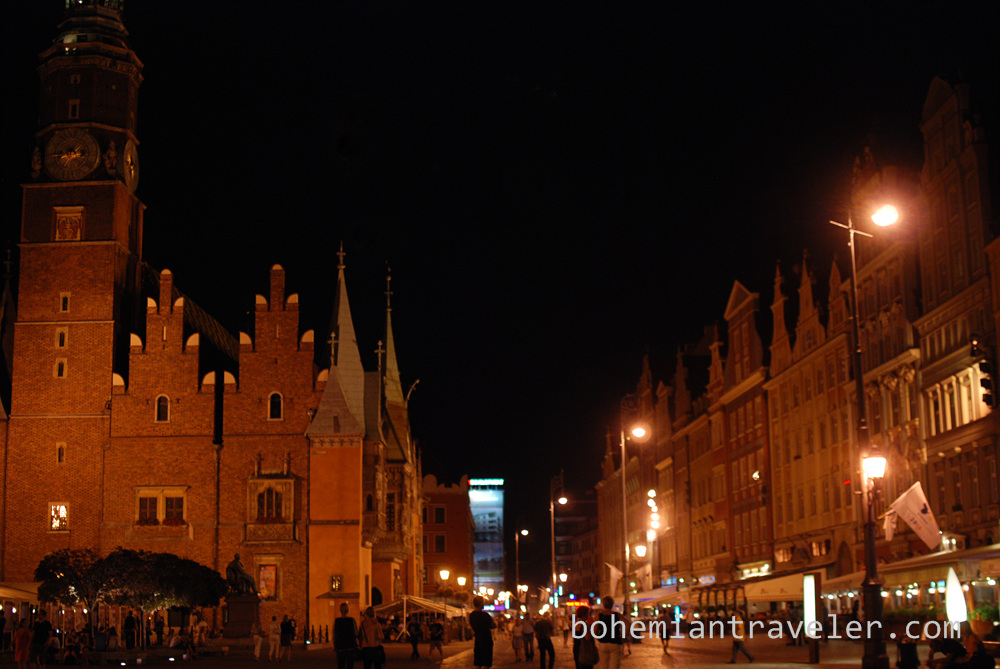 The heart of any Polish city is its Rynek, or Market Square and in the city of Wroclaw Poland (pronounced vrots-waf) it’s no different. Wroclaw has what I consider Poland’s most beautiful. It’s the architectural center-point of the city and one of the biggest town squares in Europe. The best part about Wroclaw is it’s mostly undiscovered to tourists except those from Poland and neighboring Germany.

In the center of market square is the thirteenth-century town hall, with its beautiful ornate facades. That was lucky enough to survive World War II. It’s surrounded by Flemish-style mansions and Baroque palaces which line the square. Although now Poland, Wroclaw was under German control for centuries and was previously called Breslau.

Just off the square is the finest of Wroclaw’s churches, St. Elizabeth’s, with its climbable 90-meter tower. That view is definitely recommended, but it’s not open at night. Nighttime, however, is a fantastic time to enjoy a micro-brewed beer at Spiz’s outdoor seating near the town hall. The fresh beer is served with the typical lard sandwiches. 1 thought on “Photo of the Week: Wroclaw Poland Market Square at Night”