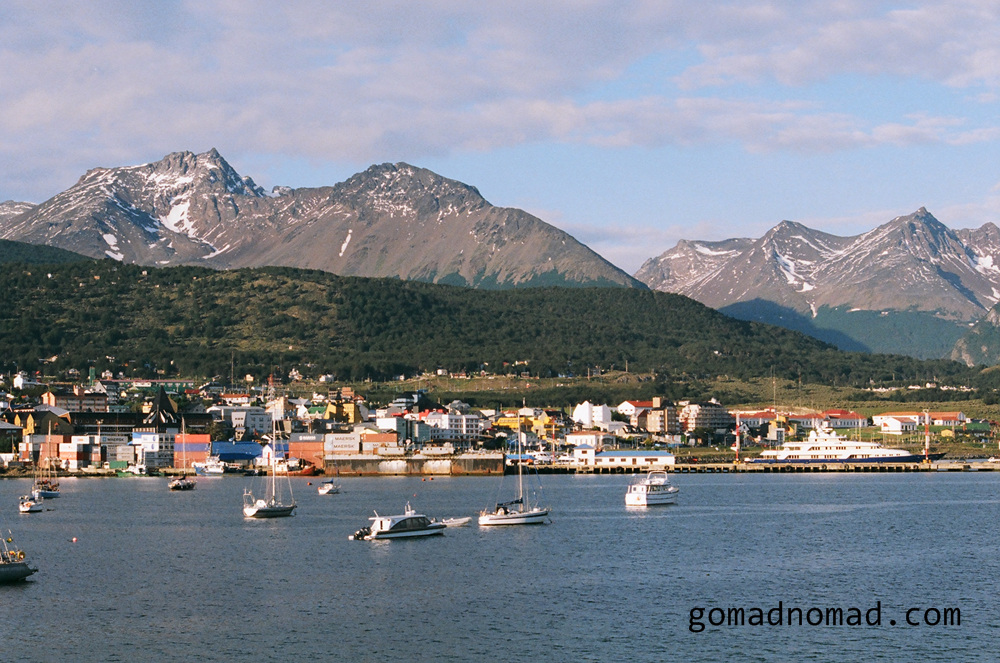 Ushuaia, Argentina is arguably the southernmost city in the world. It is situated on the Tierra del Fuego island at the southern tip of the South America continent. Ushuaia (54° 48′ 0″ S / 68° 18′ 0″ W) is only 1,000 km to Antarctica, making it the last city in the world before the white continent. Although the Chilean town of Puerto Williams is even more south, it is more a settlement than a city.
Ushuaia is sandwiched in the north by the snowy El Martial Mountain and the south by the Beagle Channel. It is a rather modern city with concrete buildings sprouting up from the bay up the hill to the feet of the mountain. The center of town is made up of a few streets packed with hotels, restaurants, travel agencies, outdoor clothing stores, etc. It sees its bulk of tourists in summer as cruise ships and sailboats make their mandatory stop in Ushuaia to get fuel and stock up before they go to Antarctica.
Ushuaia is also the place to get the best/cheapest deal to go to Antarctica. In 2008, during the economic recession, the cheapest ticket was going for $3500 US. All the travel agencies in town offer similar deal, however if you really want to find the cheapest, it is good to shop around.
I was one of those that couldn’t afford even the cheapest ticket but was willing to work. I went to the port almost everyday, spoke to a few captains, even went on board a National Geographic ship, in an attempt to find work to earn a free passage to and from Antarctica. Apparently many tried and failed, as did I.Ushuaia has nothing much to offer the average backpackers and can been very touristy in summer. However the nearby Tierra del Fuego National Park has good hikes through the pristine Andean-Patagonian forest. 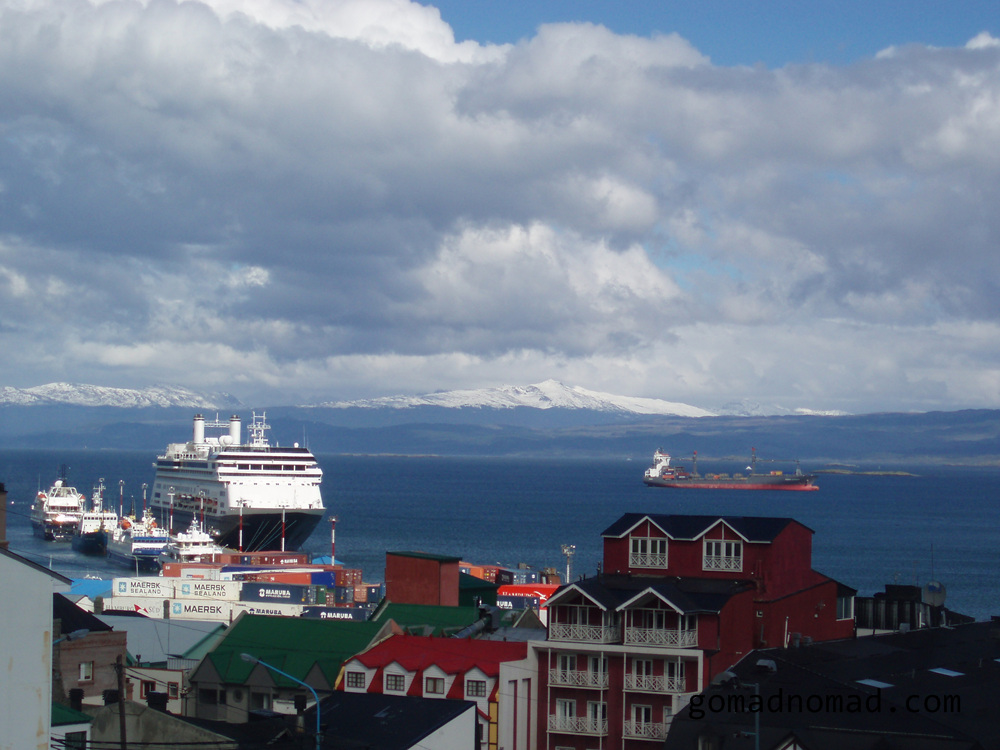 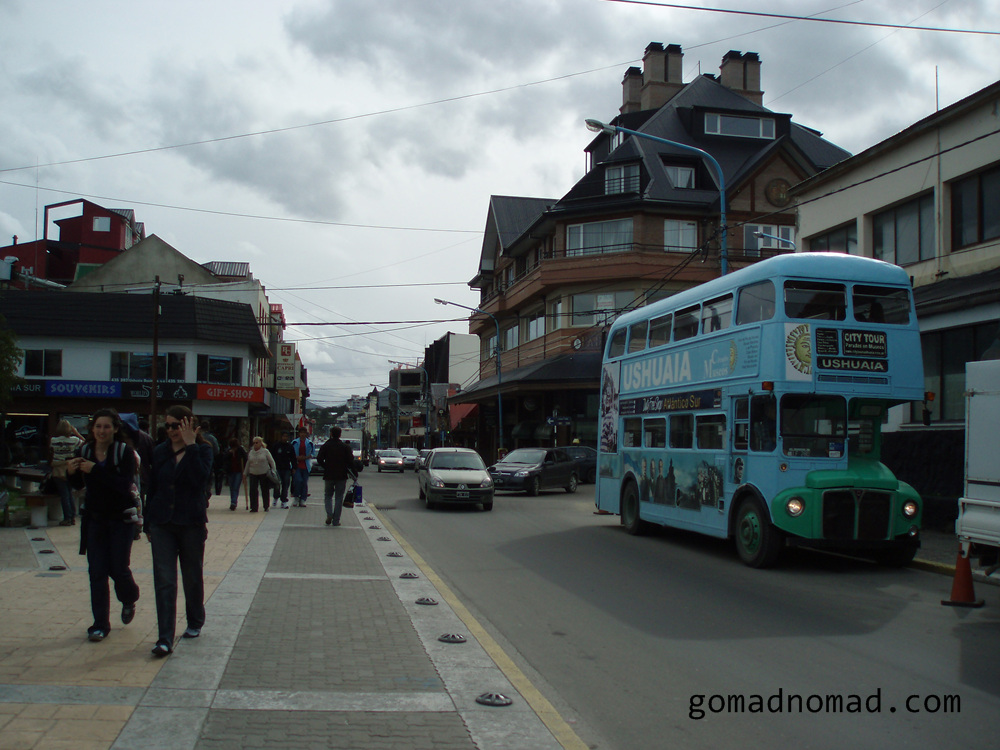 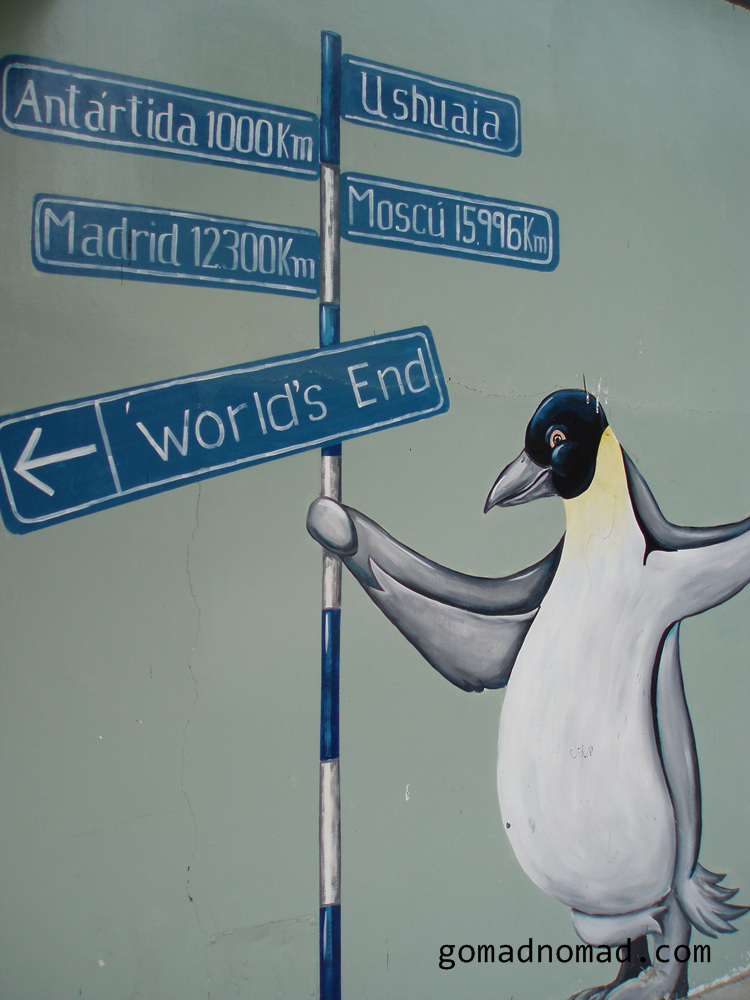 2 thoughts on “Photo of the Week: Ushuaia Southernmost City in the World”