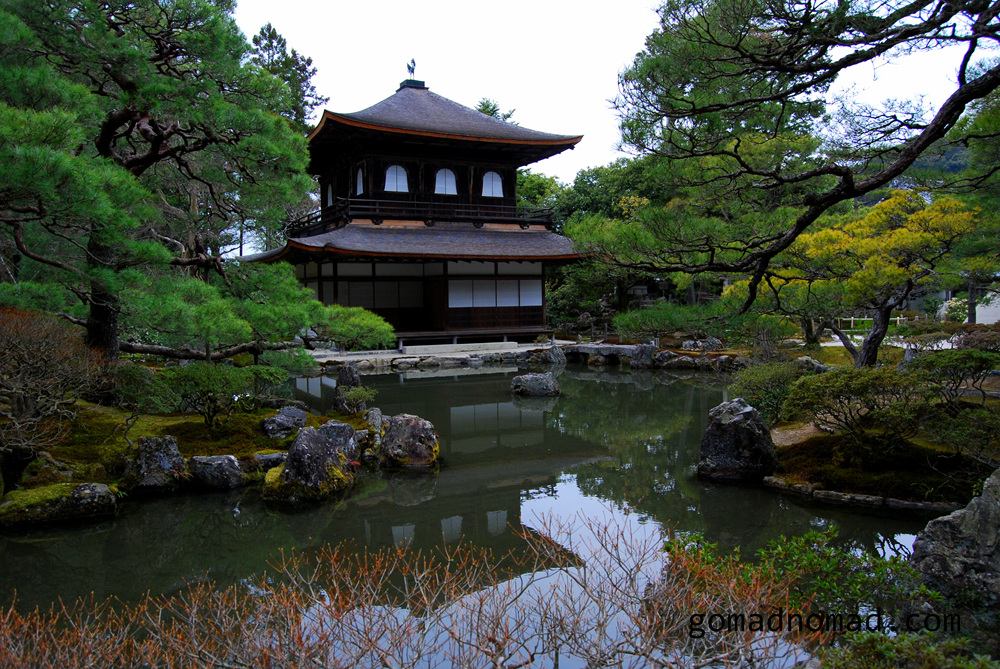 I rushed up the long sloping hill towards Ginkaku-ji in the late afternoon. I would be the last person of the day to enter the temple complex. Unfortunately, this meant I had to hurry through the gardens of The Silver Pavilion. On the other hand, it meant that I was nearly alone in this tranquil place. Tranquility is common enough in Kyoto, but you’re nearly always sharing that serenity with lots of other people.

Kyoto is the touristic highlight of Japan, and for good reason. As the former political capital of Japan and current cultural heart of the Japanese nation, it possesses an extraordinary number of temples and gardens.

Kyoto’s Ginkaku-ji began its construction in the late 15th century and was originally intended as a retirement villa and gardens for the then shogun. It was soon converted into the Zen temple that it is today.

Despite its name, The Silver Pavilion, there isn’t a trace of silver. The structure was meant to be covered with a distinctive silver-foil overlay, but the plan was never realized. However, the name stayed.