I expected to like Freiburg (im Breisgau). I had heard good things about the city, not only for visitors, but also for living. It’s known as a green city for numerous reasons. Fewer people here drive cars and more take public transport and ride bicycles. It has attracted solar industries. It is also a stronghold of Germany’s green party and new neighborhoods have been built with sustainability practices in mind. The city prides itself (and has won awards) for excellence in public transportation, energy policy, waste management, land conservation, and green economics. But all this alone isn’t enough for a tourist to fall in love with Freiburg. Enter the outdoors and old city center.

The old city was rebuilt after being mostly destroyed during World War II. But you can hardly tell that it’s not original. The impressive Munster is original, however, and a highlight of the city. You’ll love the details like the gargoyles that decorate the outside. Another of Freiburg’s charms are the bächle – small canals that line the streets. These canals were built as a way to fight fires in medieval Freiburg. As you’re walking around, you’ll also notice little mosaics on the sidewalks noting the type of business inside.

Before you leave, don’t forget to get high above the city on the Schlossberg. There are several trails in the vicinity and you’ll get the glowing light of the sun if the weather it right – and it usually is. Freiburg reputedly has the sunniest weather in Germany. Lingering with the view on top of the Schlossberg is the best way to spend the evening before heading to a traditional beer hall and getting some delicious German food and beer. 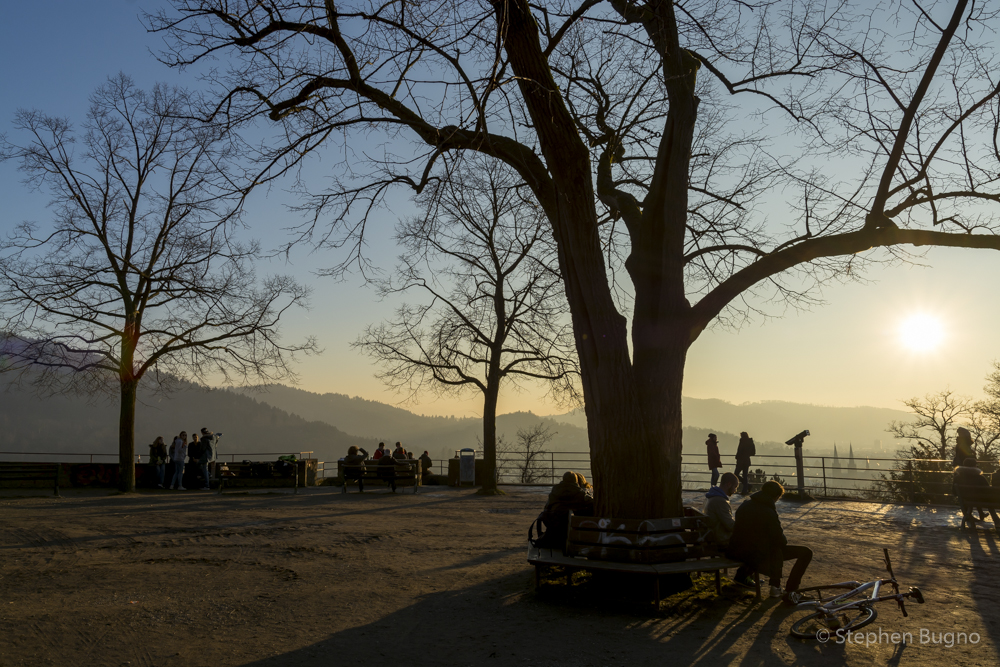 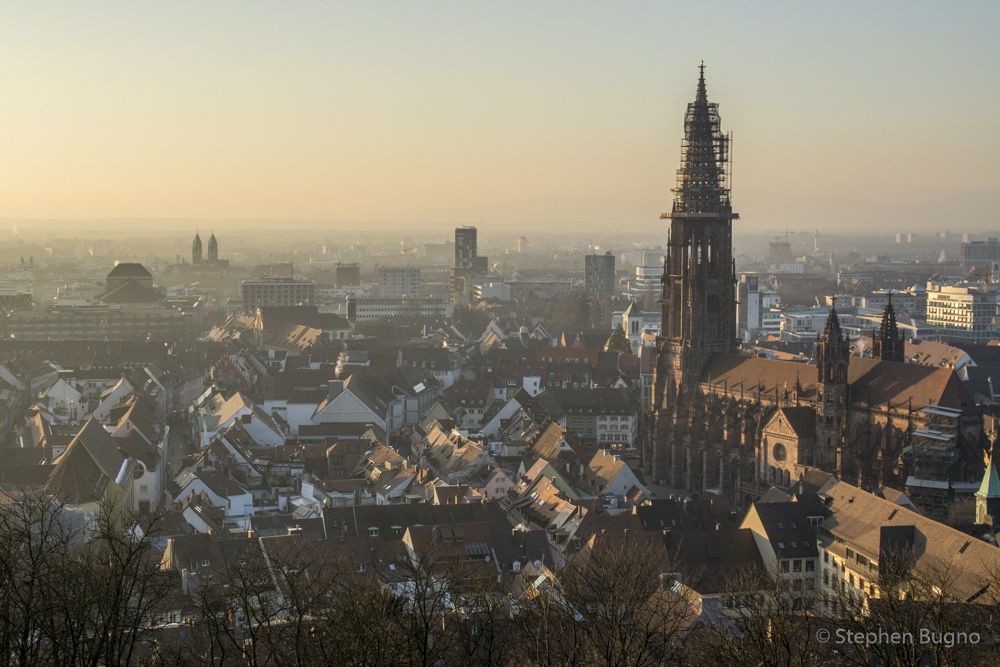 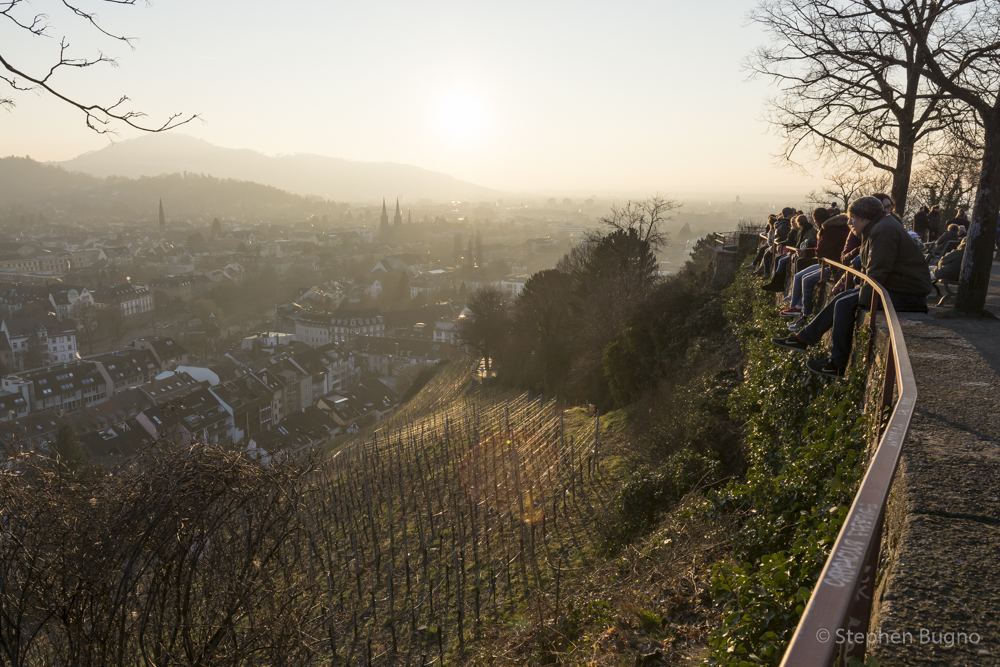 Have you seen the sunset over Freiburg Germany? Let us know in the comments below.