This is a guest post by Thornton Cohen. See more of his photography at https://thorntoncohen.com/galleries

For anyone who has an interest in epic Soviet architecture and all the statues and memorials that can be found in the former Soviet republics, Belarus is a must.

Belarus is a country trying to figure out both its future and its past. Formerly the Soviet republic of Belorussia, it took a hammering during the Second World War, losing significant parts of the population and economy to that destruction. 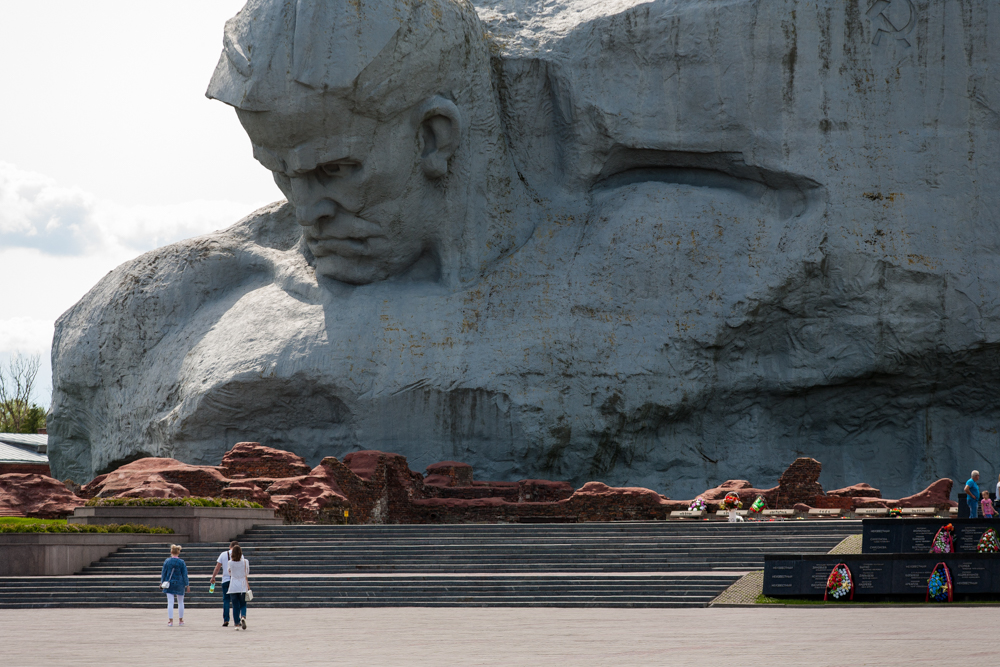 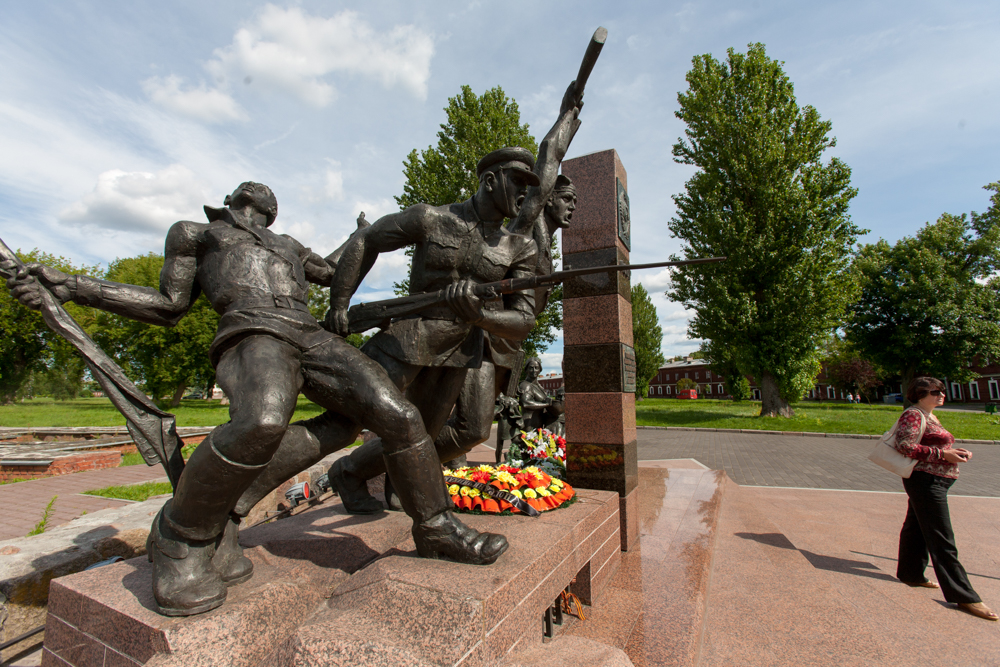 Brest Hero Fortress predates the Second World War by more than a hundred years, however, it was the scene of a significant battle with German forces that saw more than 2000 Russian troops killed and 6800 captured.

Brest fortress has become a place of remembrance and as I witnessed, a place of national pride. Around the complex are stalls renting out period Second World War costumes. Grandfathers dress their grandchildren up to create patriotic memories of times past when men were men and often killed in warfare.

The main entrance to the complex is through a Soviet star-shaped cavern, framing the Bayonet Obelisk which towers above the 100ft high sculpture, Courage, a Soviet soldiers head protruding from a disfigured boulder. Walking around, it is difficult not to be wrapped up in the scale of the memorial and the pride of Belarusians.

Brest is in the southwest of the country and is easily accessible by public transport from Minsk. The Fort is an easy half hour walk from the center and is close to the train museum, which I also recommend for stepping back in time. 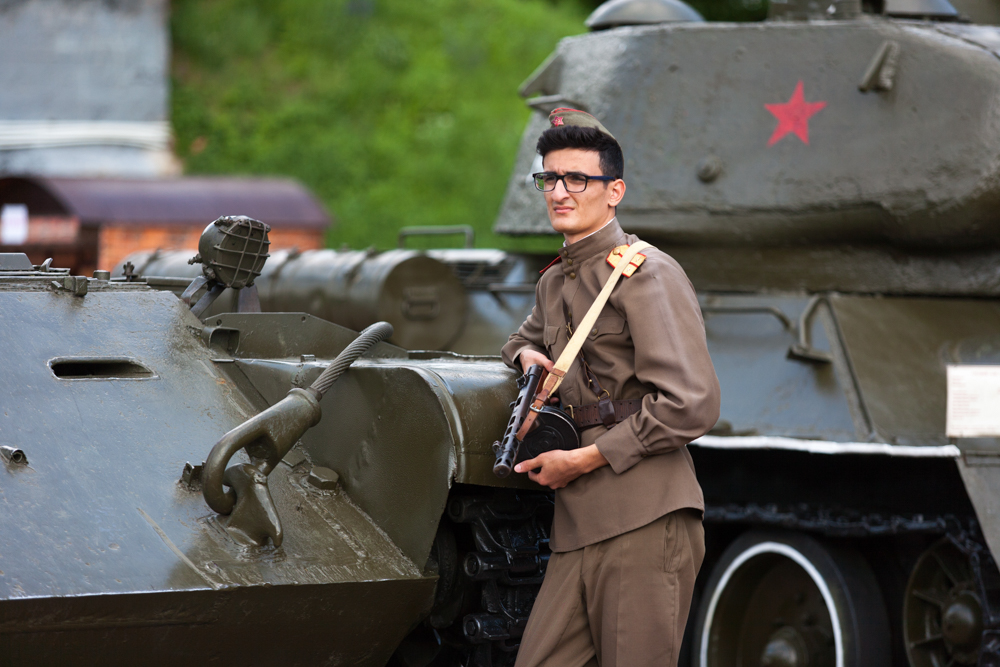 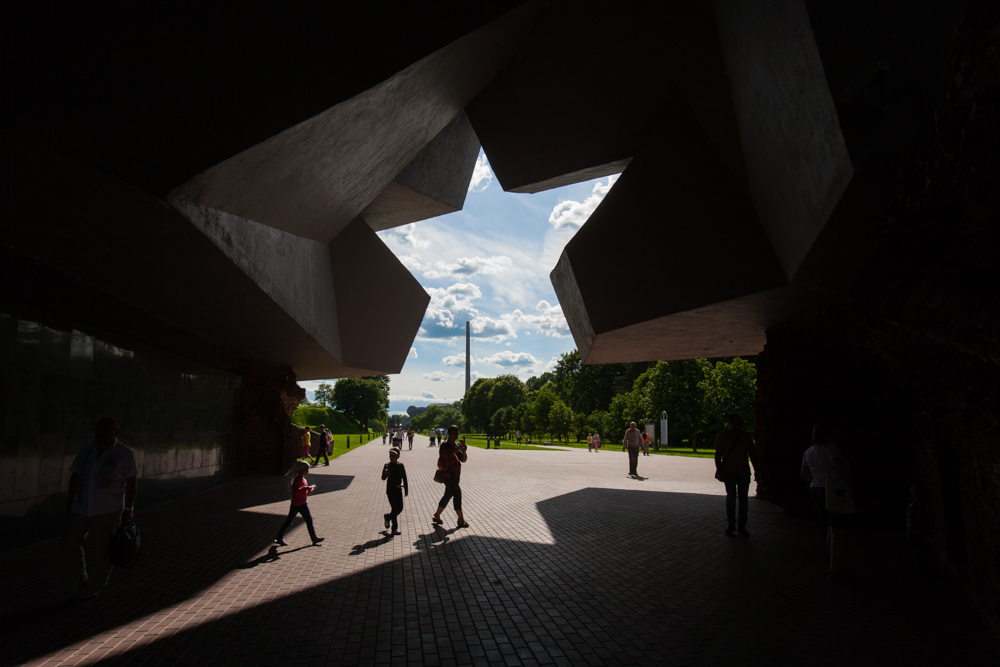 Thornton Cohen is a professional itinerant who has been in constant motion for more than 30 years. He has managed to bribe several guidebooks and magazines to use his work over the years and even the odd business to put their public image in his hands. Now Europe based again after what seemed like a lifetime in Latin America, he is spending time poking his nose into many corners of the former Soviet Union so he can see what all the fuss was about. He still goes other places too! Find him on Instagram @thorntoncohenphotography or his website ThorntonCohen.com.