Ceuta is an enclave on the Mediterranean leftover from Spain’s colonization of Morocco. Ceuta is legally Spain, which is why those traveling from the mainland can take a ferry over for about forty euro. Those going to Ceuta from Morocco, however, have to cross the land border.

The border is a source of stress in nearby cities like Tetouan, and Martil and M’diq, which are smaller. This is because the people who are allowed to enter Spain vary from day to day. As the first rule, only the card-carrying residents of Tetouan can go into Ceuta without a visa. Even so, Tetouani people can be denied entry for arbitrary reasons such as public festivals and special events being hosted in Ceuta.

For non-Moroccans, seeing the conflict at the border can be overwhelming in addition to taking in the sights of old women weighed down with baggage which contains regular, household items with good resale value. Other times, no one is allowed to transport their bags into Morocco. When this is the case, crowds are reasonably arguing that they should be allowed to take their items back home into Morocco. The excitement gets chaotic.

Guide to Crossing the Ceuta Border

Most non-Moroccans are permitted to cross the Ceuta border at any hour. If you carry an EU or American passport in particular, touring Ceuta isn’t a great feat. Nonetheless, it is easy to become confused or lost at the border if you don’t know what you’re doing. As someone who has a passport full of stamps in and out of Ceuta, I have a few tips for you, assuming you’re going on foot and not in a vehicle, which is so much more complicated and time-consuming. I don’t recommend crossing with your own vehicle. 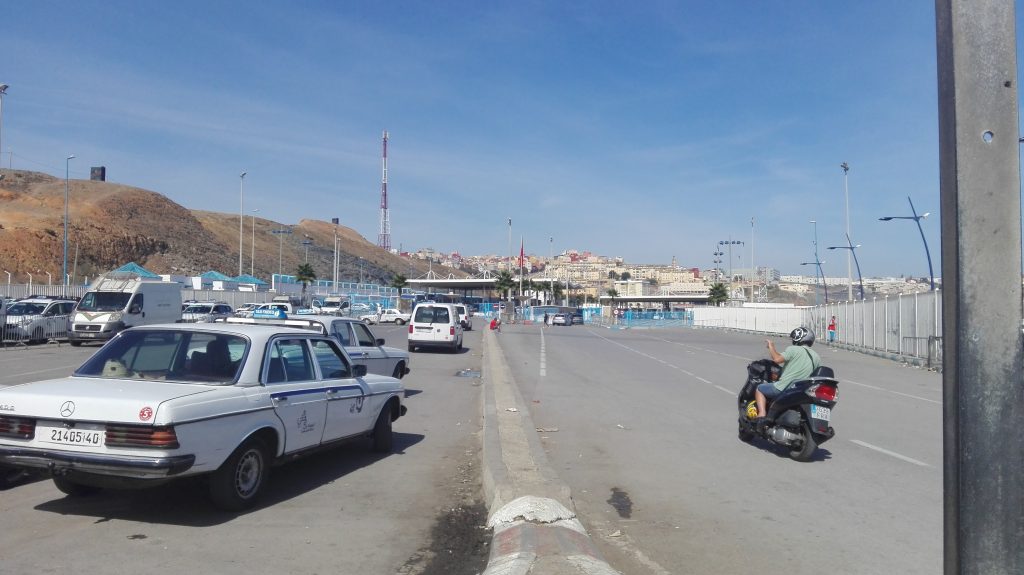 Decide how you want to get to the area, located just outside the small beach town of F’nidiq. While there is a very inexpensive bus, its route does not go to the actual border, so you’d end up having to get a taxi the rest of the way anyway. Most people take a shared taxi directly to the border for about twenty dirham, or two dollars.

The crowd of salesmen

Once at the border, people will approach you with papers. Although these are papers you will eventually need to fill out and hand in to the guards, you do not have to buy them from the people trying to sell them to you — they are given for free inside.

Do know that the people trying to sell papers are generally trying to make an honest living. It is okay to buy a paper from them (two dirhams, twenty cents)and even to have them fill the information out for you (three dirhams, thirty cents), if you are okay with letting them copying it from your passport. The chances of them running off with your personal information are low considering the border is loaded with security and identity theft is too much of a long con for Moroccan scammers.

The first set of guards is right by the people asking you if you want papers. They’ll ask for your passport. Sometimes, there is a long line of Moroccan people waiting to show their ID, getting accepted or rejected either way, miraculously putting up with racism. It is fair to get in line with them, though I will say that if you are non-Moroccan, you have the privilege to skip the line, by just showing your passport. This obvious inequality is heinous, but it’s one of the many harsh realities of crossing the Ceuta border.

Once past the first set of guards, there is a station with a window where you will need to either ask for papers and fill them out or have your papers filled out. Sometimes the lines are divided into one for “men” and another for “women”. Once at the front of your respective line, you get stamped out of Morocco.

You might see some Moroccans bypass the line because they have special permissions to do so. If you’re reading this, most likely, you are not one of those people and should just wait in line.

There are several checkpoints after that initial station where you will be asked by guards to show your stamp. These checks are pretty quick and at the same time somewhat surreal as you see Moroccans waiting to be admitted inside.

Further in, you reach the Spanish guards. On an average day, the first set of Spanish guards give the say as to whether or not you can enter into Ceuta and if you look non-Moroccan, the following guards don’t usually pay much attention to you afterwards. I barely remember getting stamped into Spain after seeing this first set. That said, once you’re in, you’re in and you probably won’t be obliged for an entry stamp. If you are, just follow instructions. They ask, “¿barco?” as in, are you going to the ferry to mainland Spain. Just say no, either way. The Ceuta police rarely do bag checks, though the x-ray scanners are there.

So once in Ceuta, Spain, you’ll have the chance to exchange your currency. Those who can exchange your currency wear fisherman vests and hold calculators. Again, they are just making an honest living for themselves. If you don’t feel comfortable doing business with these guys, just wait until you get to the center of the city, where there are small currency exchange businesses. 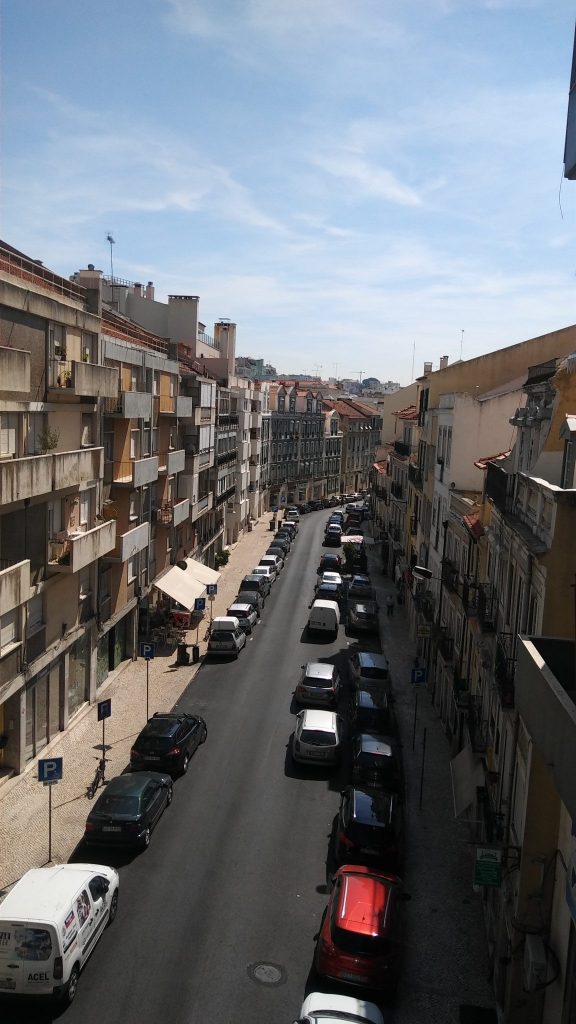 Getting to Ceuta from the Border

In order to get to the city center, you can either take a taxi for eight euro or take the bus for eighty euro cents. The bus is the better option, in my opinion. The stop is right by the bench and it comes every twenty minutes. The taxis wait by the border.

All this is true unless the traffic is too busy. If there is too much congestion for a bus or taxi to make it to their stop, you have to walk about forty minutes towards the city center. This is where you’d want comfortable shoes. There aren’t steep slopes, but the duration of the walk demands sneakers, and sometimes an umbrella. The walk to the city follows the sidewalk.

Once in the Ceuta, enjoy the restaurants, bars, and shops. Should you be going to the barco, or ferry to mainland Spain, you can purchase tickets right at the ferry.

Born a Navy brat in San Diego, California, and a nomad ever since, Teresa Lynn Hasan-Kerr earned a bachelor's degree in English with an Emphasis in Creative Writing and a minor in French at Webster University in Saint Louis. Soon after graduating, she decided to follow her hunger for interesting perspectives by moving to Morocco, where she currently resides as an English teacher and writer.

20 thoughts on “Crossing the Ceuta Border (from Morocco to Ceuta, Spain by land)”