Blog of a Modern Nomad 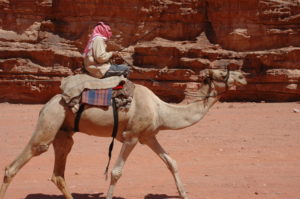 The Jordanians, like most Arabs, are known for their hospitality. On the street people call out, “You are welcome to Jordan.” You’ll hear the same from those in the tourist industry, although it’s much less sincere. From them it’s more like, “You are welcome to spend your money in Jordan.” These Jordanians will do almost anything to make a dinar. Most upsetting is the official prices at tourist sites that can elevate the cost to four times what a Jordanian citizen pays. And nearly every store and restaurant will inflate the prices as soon as they see you are not a local.

We did, however, experience some genuine Jordanian hospitality while we were in Amman. We have been using an internet site called Couch Surfing Project, which connects travelers with hosts all around the world. If a person is unable to host, they may be able to meet for drink, which is a great way to meet locals (or even expatriates). A guy named Simon not only offered us his place in Amman, but took us out to dinner as well. To add to this, he was already hosting an Austrian couple. He and his friend wouldn’t let us pay for a thing.

Moving south from Amman we visited the must-see sights of Jordan. The Dead Sea is a mandatory stop if you’re in this part of the world and floating on its waters is something you won’t believe until you’ve done it yourself. It is not only the saltiest body of water on earth, but the lowest point on the earth’s surface.

Made famous to pop culture by landing a starring role in Indiana Jones and the Last Crusade, Petra has been fascinating visitors for over two millennia. Its steep entrance fee (26 USD) might make you reconsider, but it’s something you should see once in your life. We opted for the two-day pass (which was even more expensive) and spent both days hiking all around the area.

After Petra we made our way to Wadi Rum. This piece of extraordinary desert was used to film Lawrence of Arabia. We took a jeep tour around the area and camped out under the stars for two nights with the Bedouin. Although the full moon was so bright there weren’t many stars to see. The second day we hiked around the area and enjoyed the spectacular sunsets and moon rises.

Further down the road in Aqaba, there was still no food to be found during the day. We had to get pita bread from the store and go back to our hotel room. Ramadan is more than halfway finished. At night we’re bound to drinking tea or fruit shakes at the local cafes or strolling with non-alcoholic malt beverages.

From Aqaba we’ll sail across the Red Sea to Egypt, bypassing the land route through Israel. 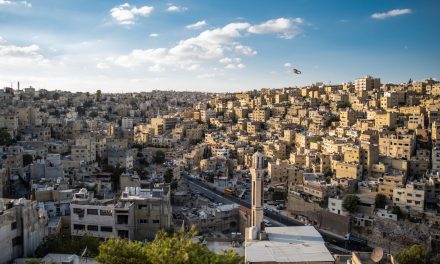 Where to Find the Best Food in Amman 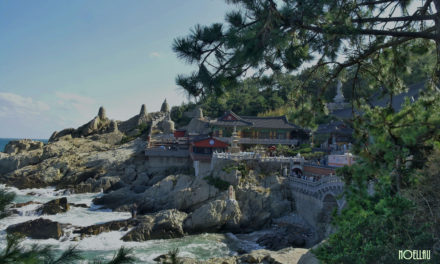 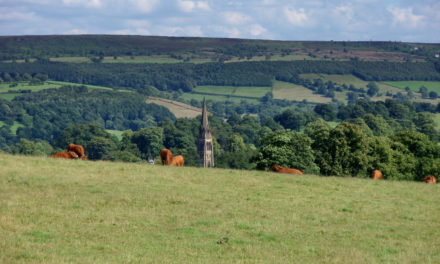 Photo of the Week: The Peak District, England

Photo of the Week: Giant’s Causeway