Here Jews are praying at the Western Wall, also called Wailing Wall, in the old city of Jerusalem. The retaining wall and sole remnant of Herod’s Second Temple has been a site for Jewish prayer and pilgrimage for centuries, perhaps as far back as the 4th century. The Western Wall Plaza, the large open area that faces the Western Wall, functions as an open-air synagogue that can accommodate thousands of worshipers.

Jerusalem is an incredible city steeped in history and religion. No matter what your faith, it’s difficult not to feel something special here, when you are constantly surrounded by the holy sites of three of the world’s major religions and their staunch devotees. 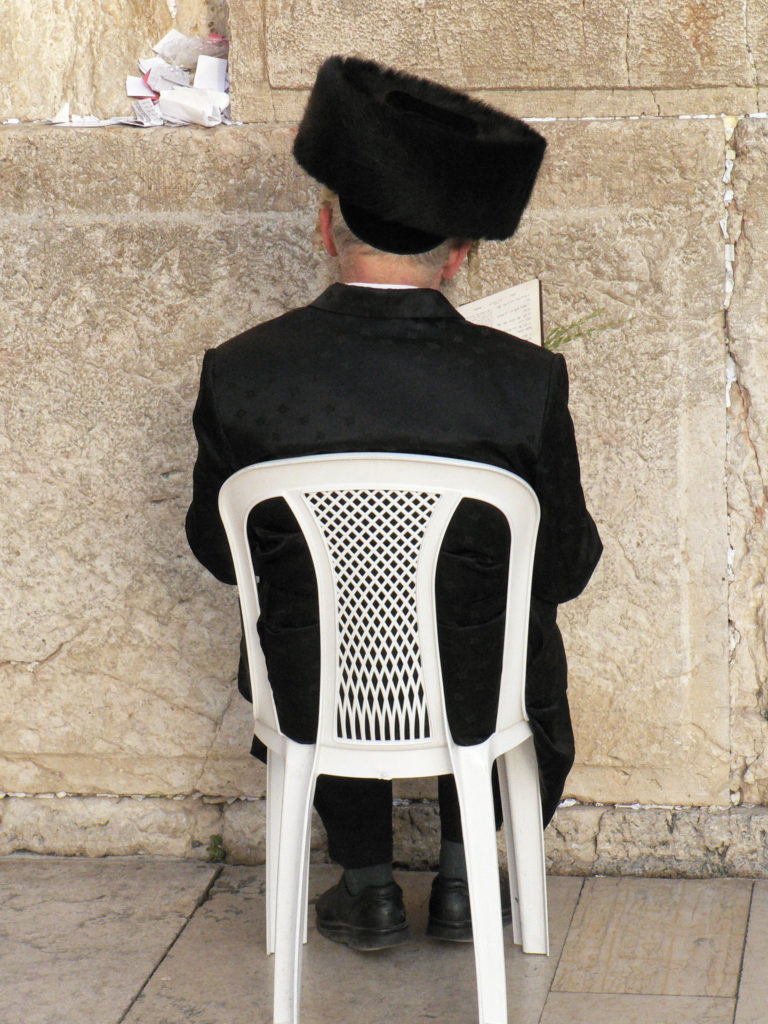