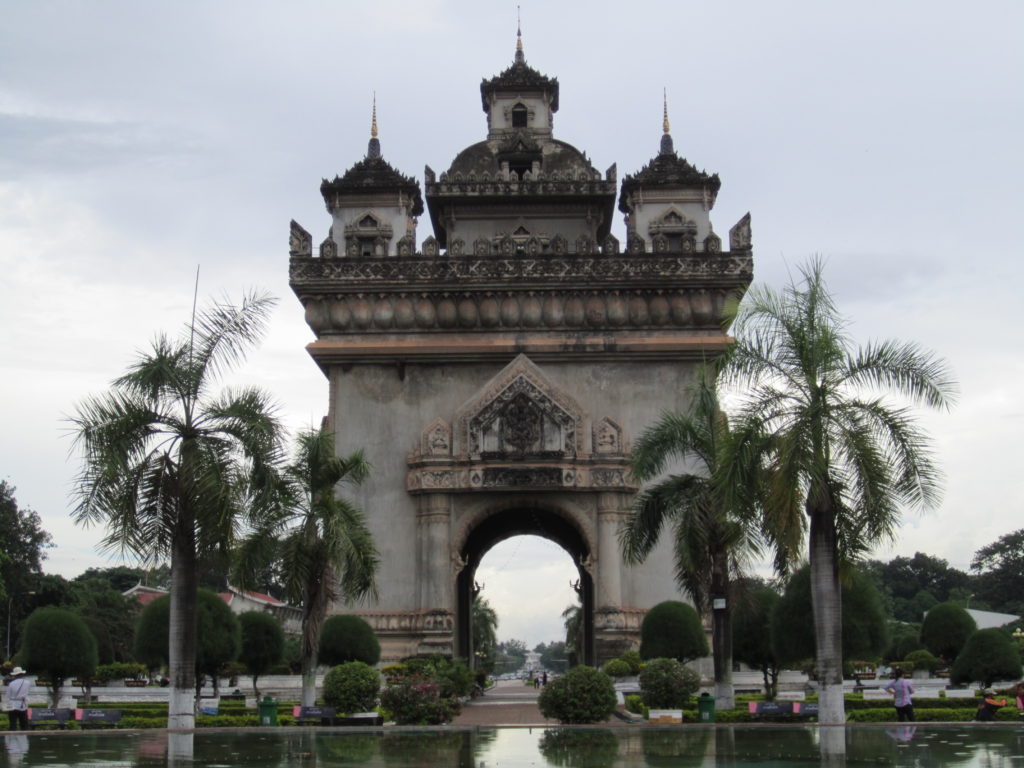 When I posted my Vientiane images to my Flickr album, my father commented to me by email that “Vientiane was often in the news in my college days, but there were never pictures.” Well, Dad, here are some pictures. None are spectacular, but my point is to give you some visuals so you have a sense of what the city is like.

If I had to chose one word to distinguish Vientiane from other world capitals, I would say: quiet. There’s very little traffic and not much in general happens there. It lacks the hustle, bustle, and motorbike buzz of nearby capitals Bangkok and Ho Chi Minh City. And besides the Arch de Triomphe-like Patouxai, the architecture is not all that captivating. This is mostly due to the fact that the city has been razed several times by the Burmese, Chinese, and most completely by the Siamese in 1828, when the whole of the city was flattened.

When the French had arrived in 1867, what once was Vientiane was nearly reclaimed by jungle. Today, the few crumbling colonial building that remain were constructed by the French from 1899 to 1945 when they rebuilt the city and laid out a system of roads.

Stephen has just returned from three months in southeast Asia. Check out his blog: Bohemian Traveler. 1 thought on “Photo of the Week: Vientiane, Laos”