Meet Jonas Studer, a primary school teacher from the small town of Brugg, Switzerland. For the last decade he has been crossing the world in search of the biggest, badest, and most exotic waves. It wasn’t until after years of traveling to surf that he began to “see things” other than waves. I caught up with him for an interview on a non-surfing leg of a trip to Malaysian Borneo.

GN: I’ve heard of Swiss hikers, mountaineers, ice-climbers…but surfers? No. How does a person from a mountainous land-locked country develop a life-long obsession with surfing?

JS: The first time I saw a proper wave was in my friend’s brother’s bedroom. We were young. It was a poster of Hawaii’s Back Door. We were sneaking into to his room to look for any evidence of girls that we could find. Instead of girls, we found surfing.

When I got a little older, I learned to surf “static” waves in rivers. At 14, we had raised money for a school trip to Barcelona. Due to a measles outbreak, the trip got cancelled. But some of us wanted to salvage our summer holiday. One of our classmate’s fathers invited us to his beach house in Brittany, France. We ended up using the money we raised for surfing lessons. 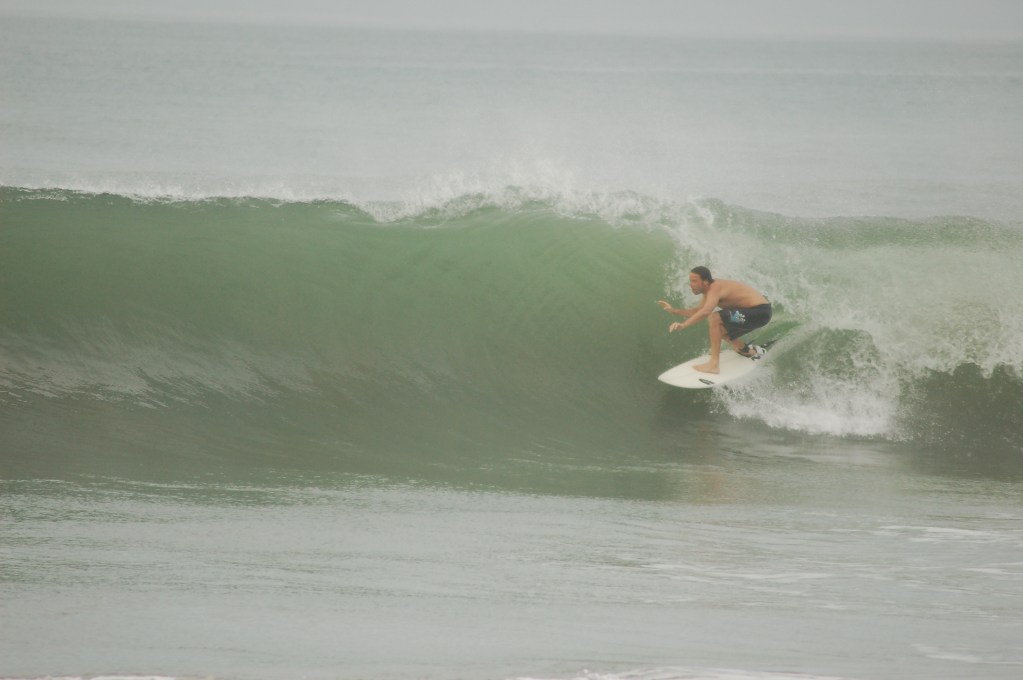 GN: Where are some of the destinations you’ve traveled to surf?

JS: In South America I surfed on practically every beach from Ecuador down to Santiago, Chile. In Central America I hit the waves in Nicaragua, Costa Rica, and Panama. Also, Indonesia, Australia (including Tasmania), New Zealand, and Hawaii. Closer to home, I’ve surfed in France, Portugal, the UK, Italy, and Morocco. And there’s one more place…but…I can’t tell you. It’s a secret.

GN: The question I always ask? Does your passion drive you to travel, or is traveling the driving force? In other words, do you travel to surf or surf to travel?

JS: I definitely travel to surf. But traveling is a nice “side effect”. I thank my girlfriend Camilla for helping me to begin to see things when I travel. In fact, my first trip not to surf was to Bolivia and it was an incredible experience. 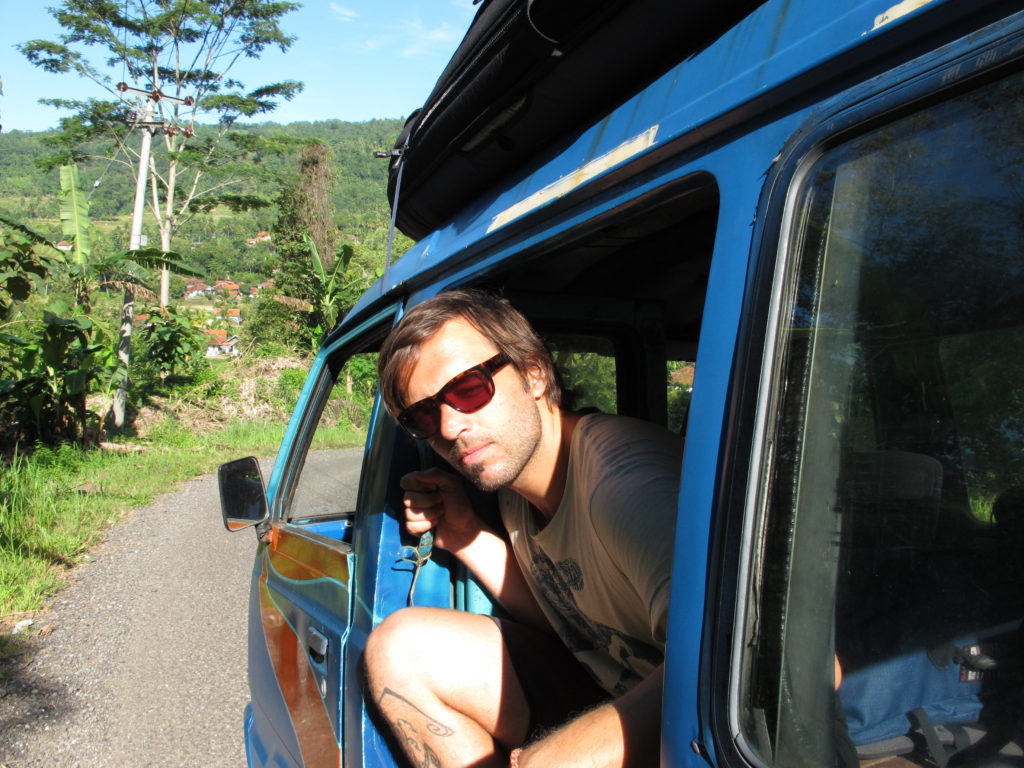 GN: Do you always travel with your surf board? How do you transport it?

JS: The surf board is a big pain to transport. My biggest board is 6 ft. 4 in. Some airlines charge extra for surfboards. British Airways does not allow them. You can find information like that on surfline.com.

GN: Has surfing brought you closer to locals or the local culture of the place you were traveling?

JS: For surfing, many times you have to trek to remote places. This has meant that I come in contact with a lot of locals and consequently have spent a lot of time hanging out with them. In Morocco, I took a car about two or three hours south of the touristy area to a predominately Berber region.

JS: In countries with a large percentage of surfers, everything seems to revolve around surfing, so much so, that it can be annoying. It attracts not only considerate surfers, but also the arrogant and selfish crowd.

In a place like Indonesia, you meet independent travelers that have come to surf and they tend to be much more open minded. 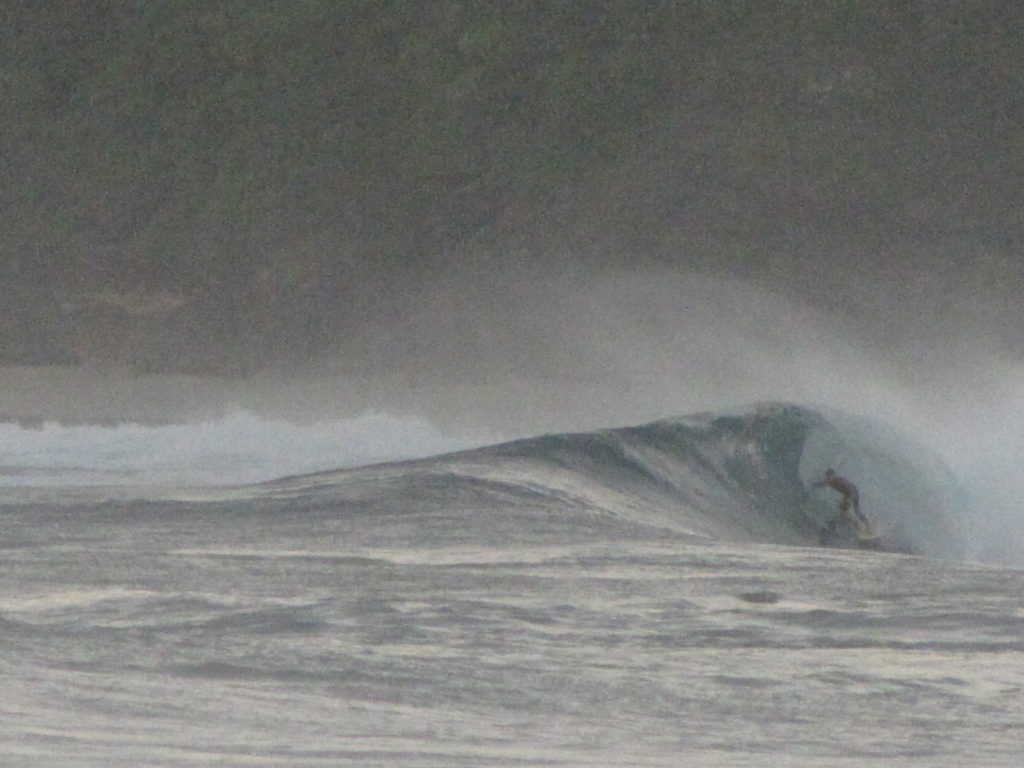 GN: Where are some surf destinations that are at the top of your list for the future? How about your favorite places to revisit?

JS: Indonesia is definitely on my list to revisit as is South America, predominately because of the combination of the waves and the culture.

I’d love to surf in Mozambique and Ireland at some point in the future.

GN: Thanks so much for the interview!  Keep in touch during your future surfing adventures! 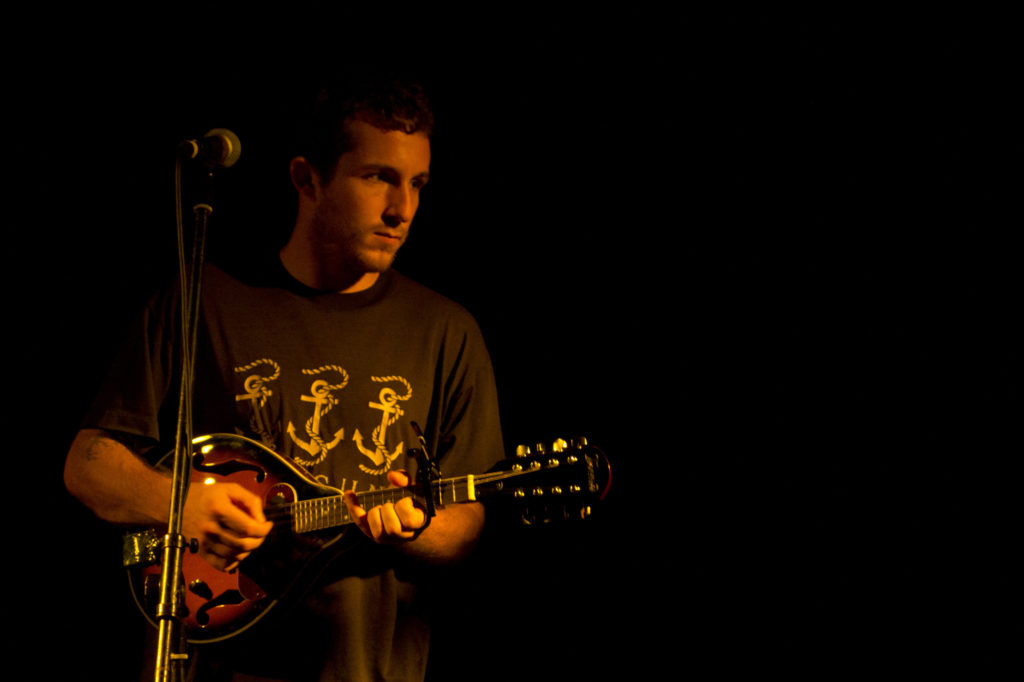 2 thoughts on “Interview with an International Surfer”