The Sinai Peninsula is the easternmost part of Egypt between the Mediterranean and the Gulfs of Suez and Aqaba, both forks of the Red Sea. Much of the Sinai is desert and uninhabited, but several Bedouin settlements and tourist attractions mark the eastern coast.

The desert landscape of the Sinai is brutally hot. Most tourists come for the attractions underwater—the Red Sea offers some of the best diving in the world. The region is also important because of its religious history.

North of Nuweiba, on the east coast of the peninsula, lies a crescent-shaped strip of cafes and guesthouses called Tarabin. Soft Beach is a nice spot, which has little bungalows close to the sand for $3 per night, calm water for wading into the sea, and a hut where meals are served any time of day.

Note that Arabs aren’t running the hospitality businesses in Tarabin, but rather the Bedouin. They have relaxed views in general, will serve beer, and have traditionally catered towards young Israelis on holiday. Tarabin is super laid-back and its location is stunning with the dry craggy mountains in the backdrop

As an alternative to Tarabin, check out Dahab or Sharm el Sheikh holidays.  Although it’s been a definite stop on the backpacker trail for years now, Dahab is still tops for outstanding diving, snorkeling, budget accommodation, and basic traveler needs. Sharm el Sheikh attracts more of a high-end crowd as well as a great deal of package tourists.

St. Catherine’s Monastery, located at the foot of Mt. Sinai, it is said to be the oldest continuously functioning Christian monastery in the world and has been designated a UNESCO world heritage site.

Despite its remote desert location, the monastery and mountain hike are extremely popular—both for sunrise and sunset. I started hiking at 2am to be at the peak for sunrise. Down below at St. Catherine’s Monastery, I pushed through the narrow monastery doors a few hours later with busloads of Russian package pilgrims and European and American tourists. This is where the Burning Bush is located. 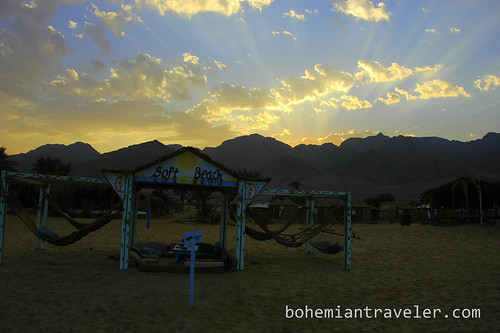 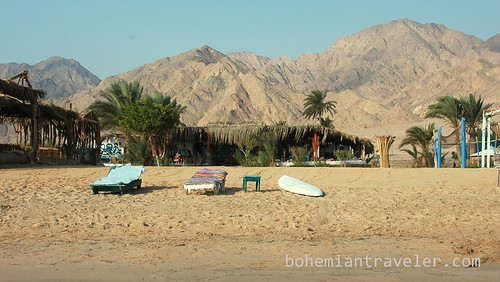 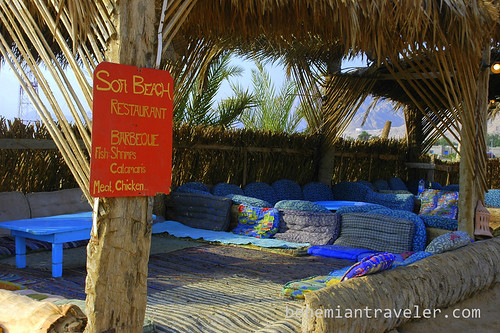 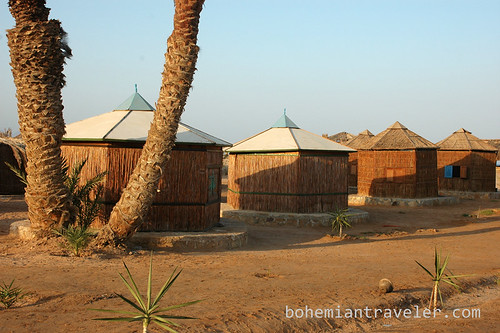 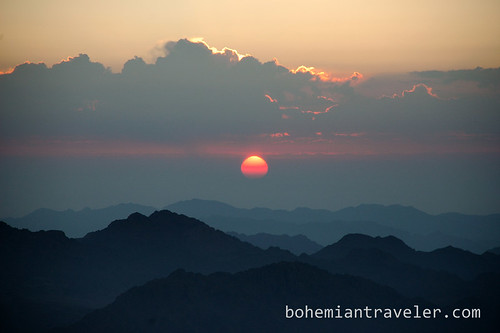 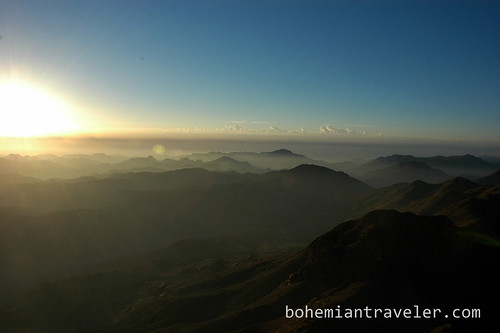 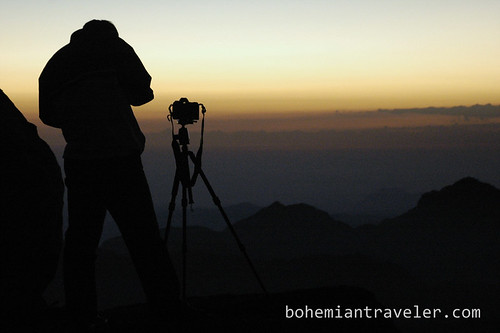 A photographer on top of Mt. Sinai, Egypt 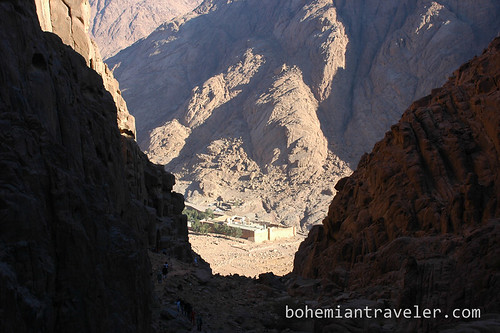 A View of St. Catherine’s Monastery in Sinai, Egypt 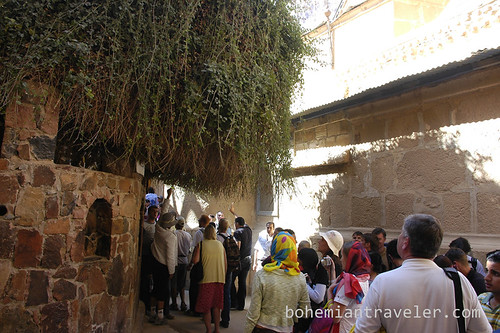