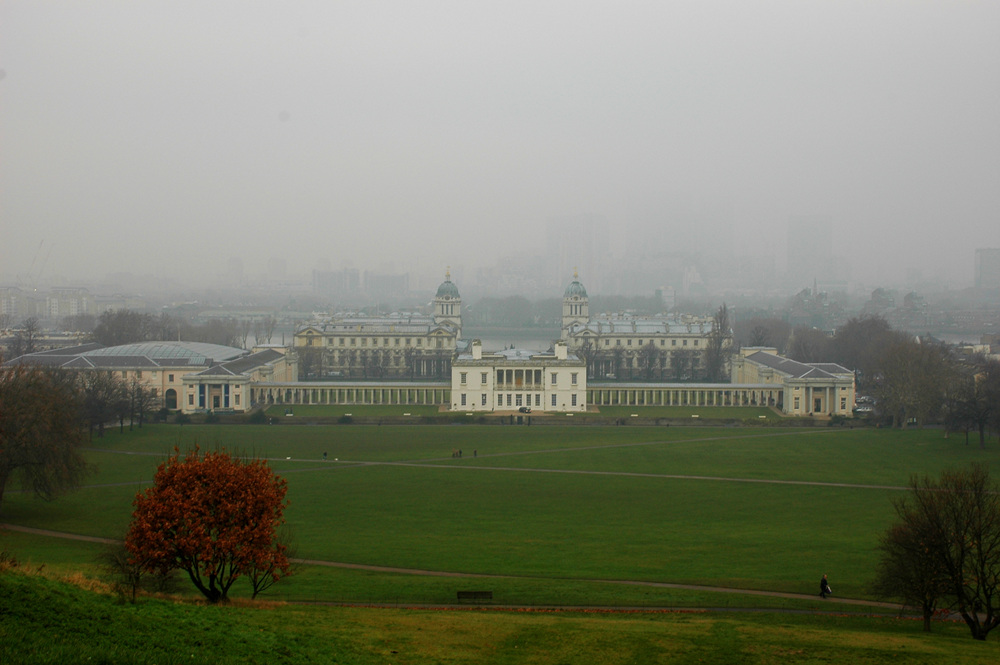 Greenwich, although today seemingly part of London, was once separate from the city, even a popular resort in the 17th century.

It’s famous for its notable contributions to maritime history and for giving its name to the Greenwich Meridian (0° longitude) and Greenwich Mean Time.

Greenwich became the site of a royal palace, the Palace of Placentia from the 15th century, and was the birthplace of many in the House of Tudor, including Henry VIII and Elizabeth I.

Today Greenwich is visited for three important Museums: The Royal Observatory, The Maritime Museum, and the Queen’s House. The best part about all these museums is that admission is free.

At the Royal Observatory, you can stand on the Prime Meridian, see the chart of the standard measurements, and take a close look at John Harrison’s prize-winning longitude marine chronometer, H4, and its three predecessors. This important in navigational history because it allowed seaman to determine longitude accurately for celestial navigation

The Cutty Sark, a clipper ship, sits preserved in a dry dock by the river. The town of Greenwich itself is mostly buildings of Georgian and Victorian architecture which spread to the west of the park and Royal Naval College.

In 1997, Maritime Greenwich was added to the list of World Heritage Sites for its concentration and quality of buildings of historic and architectural interest. These are situated in groups  along the riverfront, Greenwich Park and the Georgian and Victorian town center.

If you don’t have the time to get out to the English countryside, a day spent in Greenwich is a good alternative. It’s well connected to central London by Tube, train, and bus routes. 1 thought on “Photo of the Week: Greenwich England”