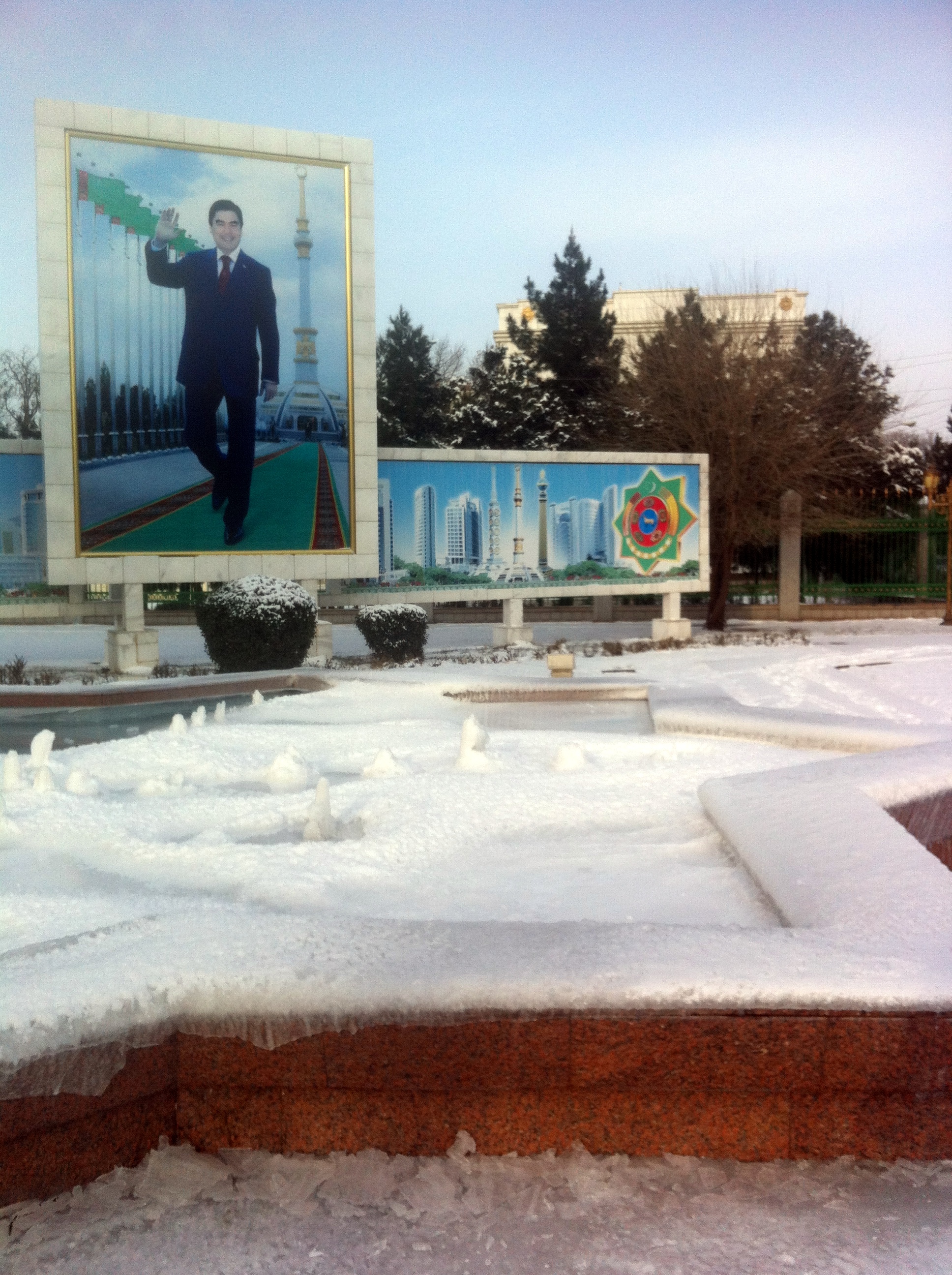 Turkmenistan visas are not for the faint of heart. With the exception of a few intrepid overlanders who take advantage of an oddly liberal three-day transit visa, getting into the country is not easy. Either one comes in a very expensive tourist visa package or one comes sponsored by an international business or organization. As a result, nearly everyone flies into the capital, Ashgabat, and gets the well-manicured drive from the airport into the city.

I came to Ashgabat in winter just a few days after a snowstorm blanketed this desert city. The snow and ice does not detract from the route into the city. The road is lined with pine trees which have been enthusiastically planted around the capital. They stay green all year and there is little cleaning up of leaves and debris required. These positives clearly were laid out in some bureaucrat’s memo to plant them in every available public space. Unfortunately, bureaucrats do not always communicate aesthetics well so the pines are planted in tree form formation, giving them an odd and artificial feel. I will admit that were very pretty with the snow laden boughs in January, though.

The main road from the airport to the center is lined with white marble clad buildings, all feeling out of place and out of proportion. Roads are built for a much greater traffic load than Ashgabatians currently have to worry about. The state-owned bus company has constructed stations on the main streets that are like mini-airport terminals, complete with indoor waiting areas and LED tickers listing the bus lines and the current temperature. This should make for an impressive display of what a centrally planned government can do with lots of foreign reserves and little check on executive power. However, the buses crammed full of people taking subsidized fares and the empty, unrented kiosks in each of these stations speak more to the economic realities here than do the vanity projects.

All this is fairly par for the course in terms of gas-rich authoritarian countries. Nothing too surprising, especially not when compared to the construction projects of the petro-states in the Middle East. What really took me back were the ice covered fountains at every intersection. In the depth of winter and in spite of six inches of snow on the ground, they were all spraying full blast with ice volcanoes building up around the spouts. Burst pipe risks or not, someone important decreed that the water will flow in this desert country.

This post has been written by an expatriate currently working in Ashgabat, Turkmenistan.

1 thought on “Letters from Ashgabat–Landing in Turkmenistan's Capital”