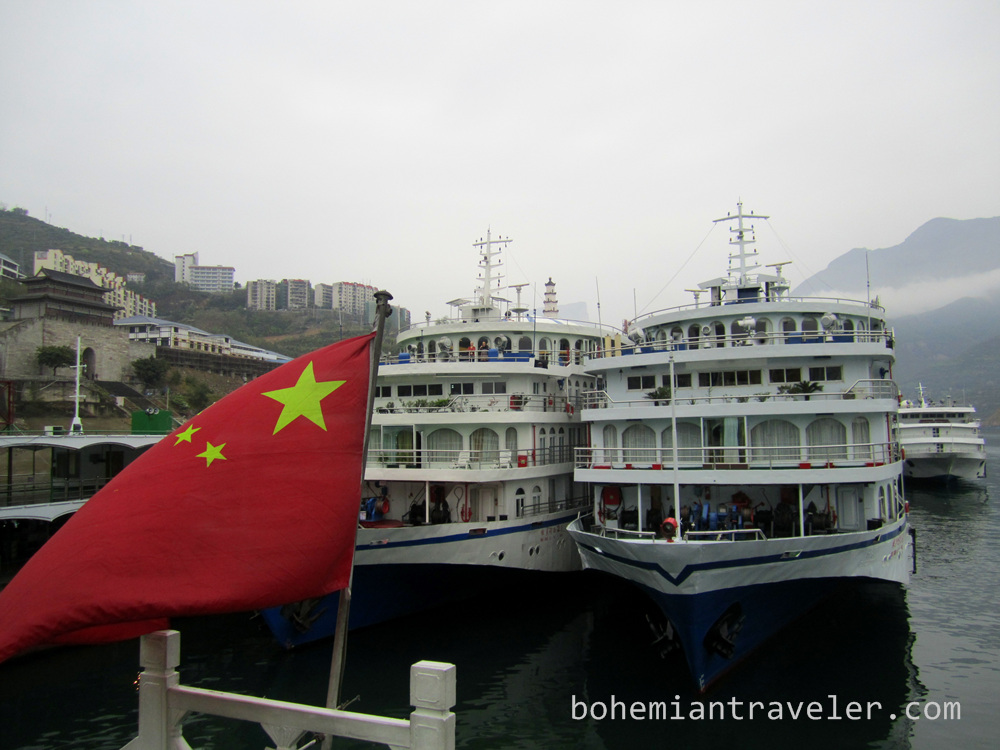 For some this is the quintessential China experience. I must admit, after countless bus rides, hotel check-ins, and big city headaches, this river’s foggy stillness came as a relief. It may be extremely popular and touristy, but there is no denying the beauty that this river and the Three Gorges possess.

There are a variety of ways to cruise the Yangtze—hydrofoil, passenger ships (ferry), tourist boats, and luxury cruises. Usually GoMad Nomad would be advocating the most inexpensive and local experience, but in this case, an explanation is needed.

The passenger ships sail continuously and pass through some of the most dramatic scenery during the night. Hydrofoils might be a good option, but they travel quickly and offer no outside seating for the gorge views. Additionally they only run from Wanzhou to Yichang (although bus connects you from Chongqing). Tourist boats will probably be the best for low-budget travelers. They are marketed mostly towards Chinese tourists, may speak little English, but usually stop at sights along the way. Luxury Cruises are aboard international-standard ships, include visits ashore, and include English-speaking guides.

Chongqing to Yichang is the route I took, but you could also do the reverse, going upstream. There are endless options including trips from 3 to 12 days, even going as far as Shanghai. Your standard tourist or luxury cruise is going to last four days and hit the most scenic part, the Three Gorges, in between Yichang and Chongqing. As far as I know, Chongqing is the furthest upstream you’re likely to go.

The Yangtze has changed immensely in the past decade due to one event: the building of the Three Gorges Dam. Completed in 2006, the dam has tamed the third longest river in the world. It’s the largest dam in the world by length (2.3 km) and will soon become the largest hydro-electric producer in the world. In addition to generating electricity, the dam was intended to increase the Yangtze River’s shipping capacity by subduing the once rough sections as well as reducing the potential for floods downstream by providing flood storage space. The Chinese government regards the project as a historic engineering, social and economic success. However, it has drowned several important archeological sites, displaced 1.3 million people, increased the occurrence of landslides, and been the topic of international debate. It cost US $26 billion to build.

You will see the dam. Although, I’ll warn you, it isn’t much of a spectacle—the astonishing feat is one evident in the numbers only. I think it’s hard to appreciate the engineering marvel with a view from the far edge of the dam. It’s located in the Xiling Gorge, west of Yichang, and costs about $18 US to visit, although some cruises will include your entry fee.

The Three Gorges and other Sites

The highlight of any trip on Yangtze is sailing through the Three Gorges. Qutang and Wu Georges, which begin 450 km east of Chongqing, near Baidi Cheng, are the climaxes. Here, the waters narrow and the cliffs rise. Despite the new water levels with the creation of the reservoir, the gorges are still very impressive.

At Wu Gorge many ships dock for an excursion up the Daning River through the Three Little Gorges. From what I hear, this is an excellent side trip. My ship sailed right on through Wu Gorge, which stretches for 45 kilometers. Near the end of Wu Gorge we boarded a smaller vessel and tugged up the placid Shennong Stream. When this gorge became too narrow we transferred into another, even smaller boat which was rowed by four oarsman. At the end, they pulled us by rope from the shore, as was done in the old days here.

Other stops along the way include White King Town at the ancient town of Fengjie and the twelve-story wooden pagoda at Shibaozhai that can be climbed for closer inspection. It’s been built using no nails, grafted onto the side of a cliff.

Keep in mind December—March is the low season which means lower rates and a more tranquil journey. April and May have the best weather, but the biggest crowds and price tag. In October and November the weather is cool, but the masses return.

Costs listed are approximate and dependent on the time of season, length of trip, and class. Off-season might save you some money for the top-end cruises and getting a berth in a multi-passenger cabin will save you money on the other ships. Prices listed are based on a trip between Yichang and Chongqing or visa versa. Hydrofoil: $65 US. Passenger ship and tourist boats: 2nd class: $77; 4th class $50. Luxury cruise: $350+ Top-end luxury cruise: $450+ 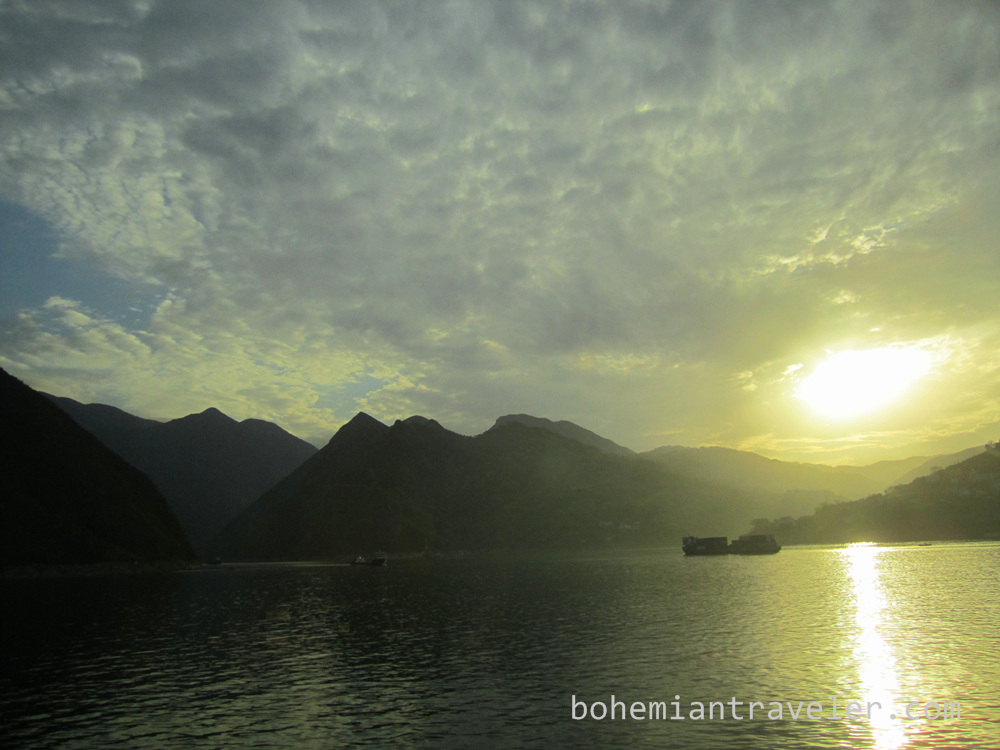 I wrote a series of 3 posts describing the day to day events of the cruise: