How many cities can you encircle by foot on a completed city wall? Not many. I first think about Europe when I hear anything about city walls. But this one I visited is in Asia. South Korea to be exact. Suwan is the city.

Suwon is a city of over one million people located about an hour south of Seoul. It is the capital of Gyeonggi Province and makes a great day trip out from Seoul.

What I am referring to as a city wall, is actually a fortress. It very much resembles more of what I think of as a fortification or town ramparts. Hwaseon Fortress was built over a span of two years and nine months, a very impressive feat. It was finished by 1796.

The fortress wall extends for 5.7 kilometers around Suwon. It varies between 4 to 6 meters in height. It was actually built with the intention of moving the national capital to Suwon, but King Jeongjo died before his plan was realized. Along the length of the wall, four main gates and numerous parapets, pavilions, towers, sentry positions, command posts, gun batteries, and one fire beacon site stand.

Although most of the fortress has been reconstructed, there are still original sections. It is difficult to tell where the original sections are. The structures had been collapsing for years, most notably during the Korean War. Restoration began in 1975 and in 1997 Hwaseon Fortress was designated a World Heritage Site.

As you’re making your way around the wall, stop at Yeonmudae Tourist Information Center (near Dog Jangdae) and try your hand at archery.  I hadn’t shot a bow and arrow since Boy Scout camp and it was a good fun.

The ramparts of Suwon, with their state of the art stone and brick work, are considered a masterpiece of Korean fortress construction. Excellent views over the city can be had from several areas along the walls. The best is perhaps from Seojangdae.

View the rest of the photos from Suwan Hwaseong Fortress: 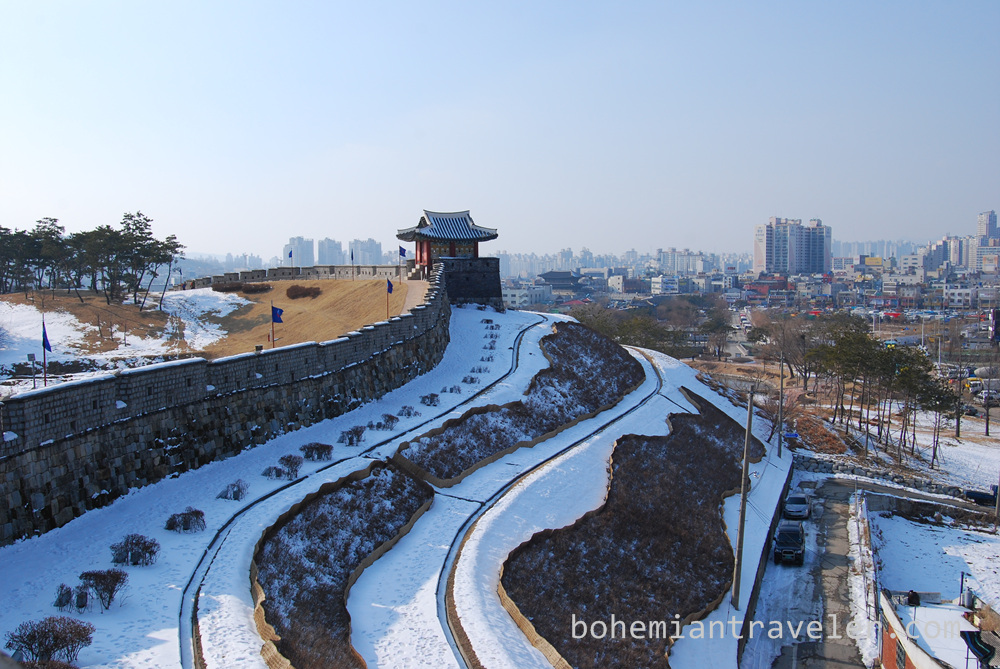 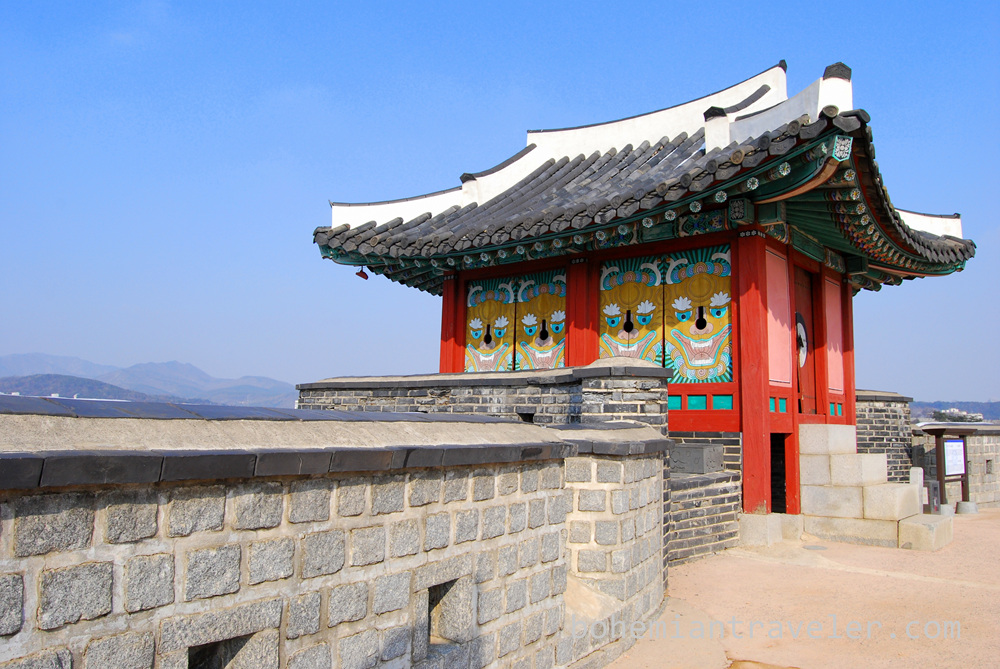 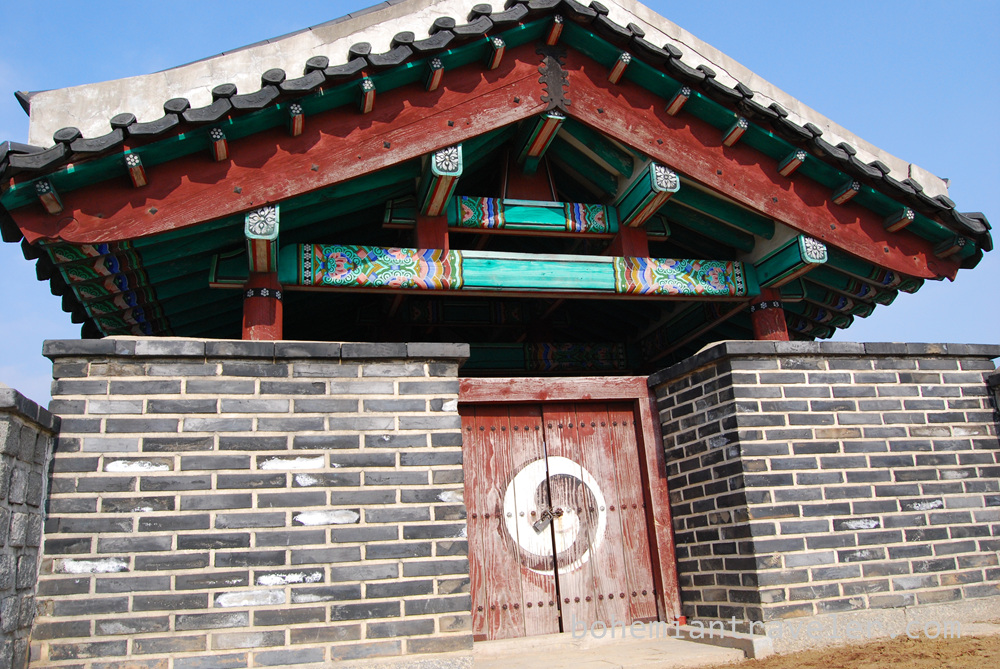