Khovsgol Lake, in the far northern reaches of Mongolia just below Siberian Russia, is actually one of the most popular tourist sites in the country. Show up outside of the summer high season, though, and you’d be forgiven for thinking otherwise.

When I arrived at Khatgal, the main town and southernmost edge of the lake, the area was all but shut for the winter. Only two guesthouses remained open, with a total of maybe eight guests between the two of them. Two shops in town, located two doors down from one another, provided the only source of provisions for trips around the lake. 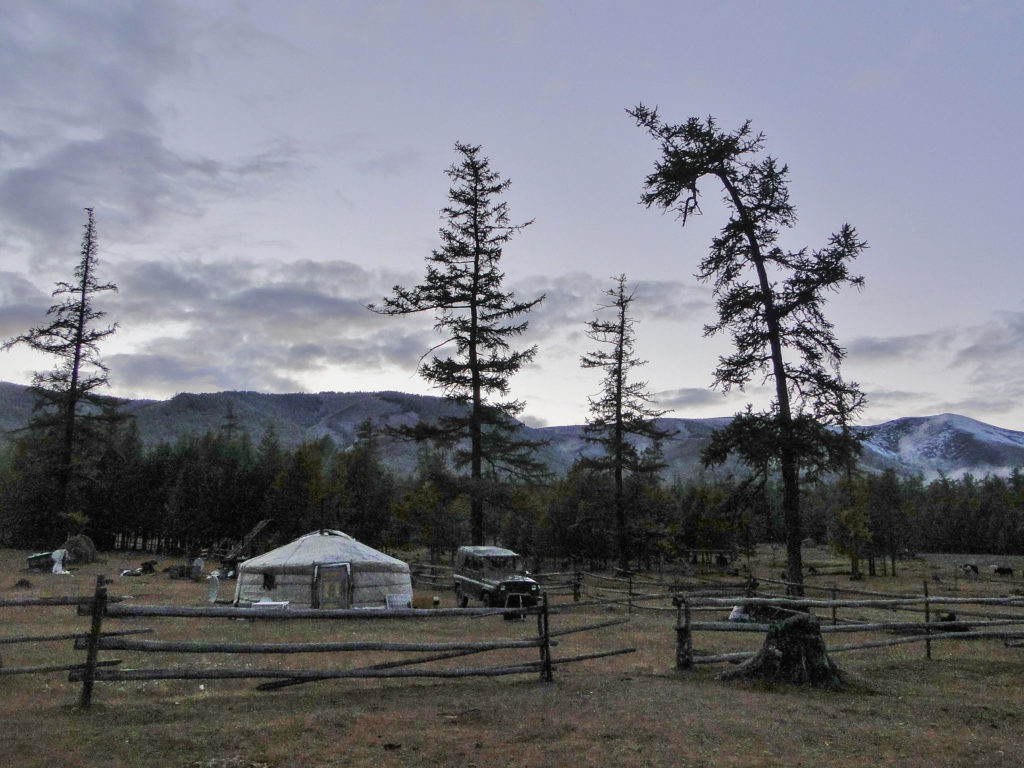 This yurt (ger), which only a few hours before had been dusted with the first light snows of winter, was one of the last to leave. By some estimates, nearly 40% of Mongolia’s people still live as nomadic herders in this vast country. With the lowest population density in the world, though, there’s still plenty of room for the herds.

Being at Khovsgol as winter sets in is sort of a strange experience, precisely because the area is so desolate. All of the infrastructure for tourists is still there: lakefront yurt resorts and signs for any number of guesthouses and tour agencies. Only the tourists are missing. This does mean, though, that it isn’t hard at all to find somebody with a couple of horses available for a multi-day ride around the lake. It also makes it pretty easy to negotiate rates with guesthouse owners, or for those camel-hair gloves you’ve always wanted. 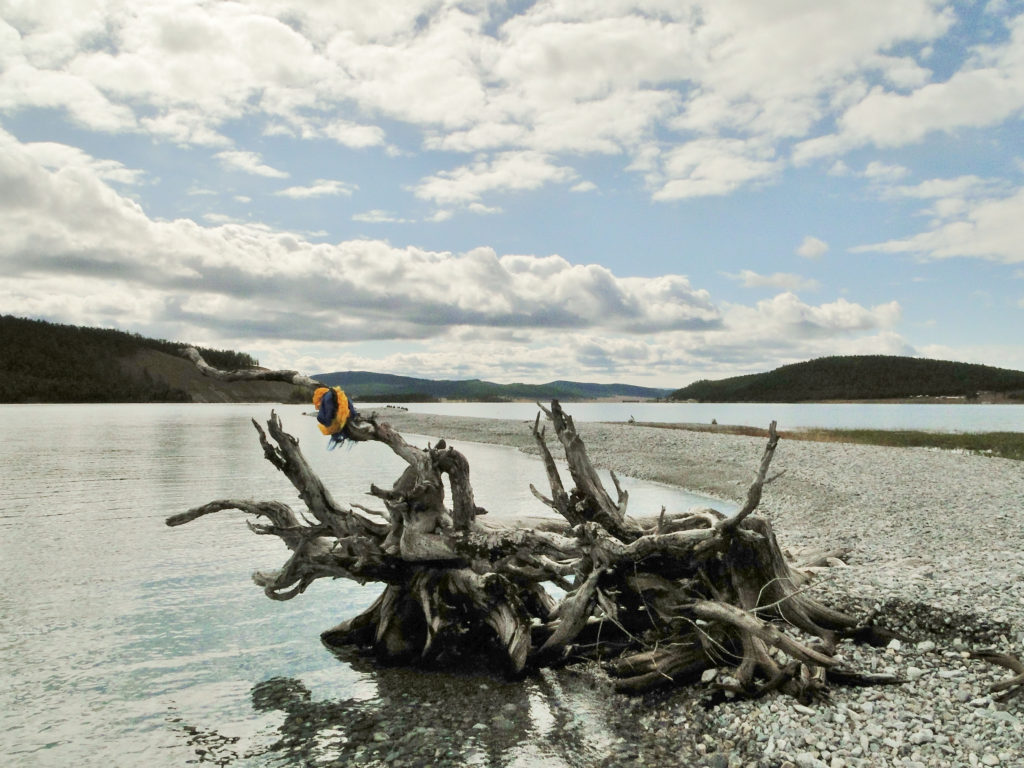 Perhaps the best thing about Khatgal, though, is the immediate access to nature.  For both trekking and horse riding, we simply walked out the door of our guesthouse and started. No overcrowded bus rides, no taxis, no tour operators. Just a beautiful countryside literally right outside the door.

2 thoughts on “Photo of the Week: Khovsgol Lake Panorama Mongolia”