Tokyo, Japan features on many a list of the world’s insert superlative here cities. These lists often include population, Michelin stared restaurants and yes, expense. But then this is one of the world’s great cities. It’s supposed to be expensive, isn’t it? After all, we’re talking about an economic Goliath, a dictator of markets. In fact, if Tokyo was cheap and reduced to flogging off Playstations for the price of a CD, well, in short, the world’s economy really would be screwed. 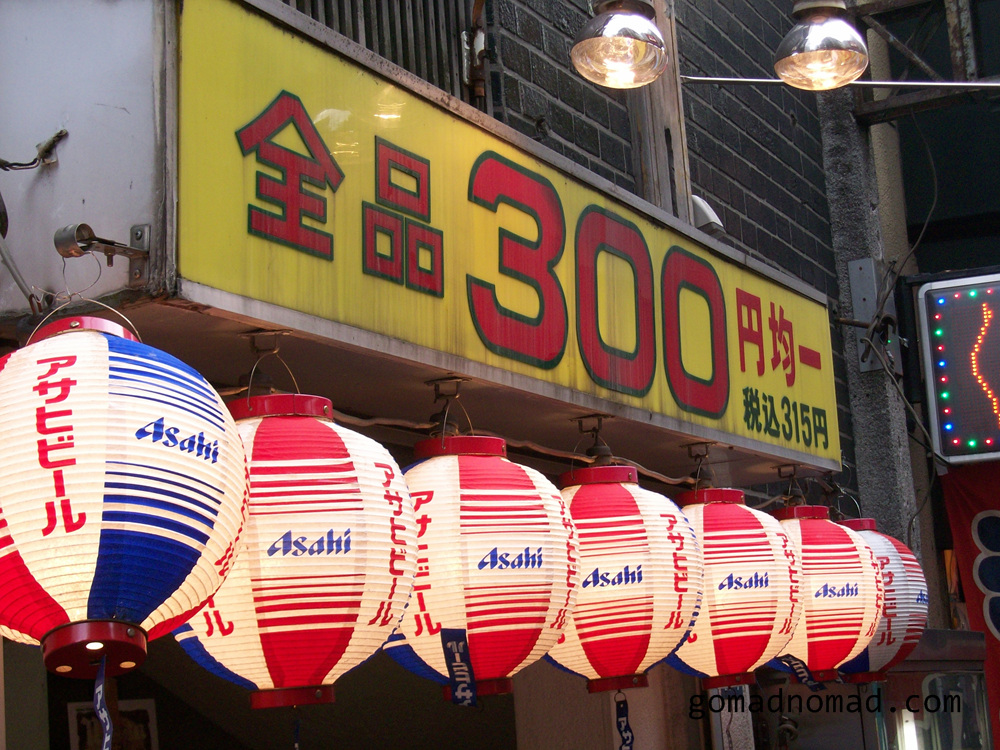 But just because it’s expensive, that doesn’t mean you can’t afford it. This city is gagging for your money and however much you have, it gives you ample opportunity to spend it. You see, high prices alone are not responsible for hoovering up your cash, it’s also the sheer volume and range of nice looking stuff that’s begging to be bought. Fiscal discipline and prioritization are the order of the day.

A day’s expenses for travel in Tokyo:

Dinner in an average train station/department store restaurant: $1000yen ($10 US)

As you can see, ‘marquee’ attractions can devour budgets here. Sticking to a bed and spartan meals, hardcore savers can get this closer to $40 US, but $60-$70US would give more room to breathe. At the other end of the scale, Tokyo can accommodate the most lavish of spenders.

Accommodation in Tokyo is going to be the main expense and visitors would do well to get a hotel room for less than 4000yen ($40 US). Those on a tight budget should stay in hostels which, at about 2,500 yen ($25 US) for a bed, are cheaper than the capsule hotels for which Tokyo is famous. The latter cost around 3000yen and are best for a novelty experience only. Try any of the following: Hostel: K’s House  Basic Business hotels (for tourists, too): Dormy Inn, Super Hotel Tokyo, APA Villa Hotel  Traditional Inn (Ryokan): Ryokan Katsutaro Luxury: Shangi-la Hotel.

Eating. There should be no excuse for going hungry in Tokyo, whatever one’s budget. If you’re room/bed rate includes breakfast make the most of it otherwise stick to cheap breads/pastries from train stations and convenience stores. Don’t waste money on a full breakfast. There’s a lot that’s fantastic about Japanese cuisine but they don’t know anything about the first meal of the day! 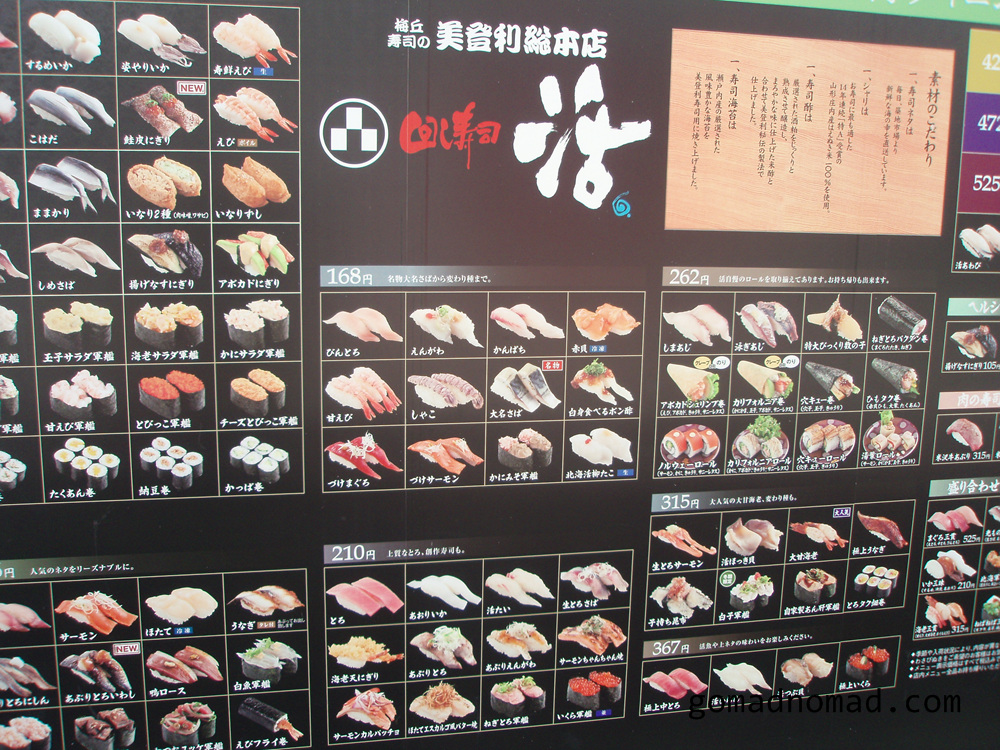 For the cheapest eats seek out ramen and gyudon shops where you can fill up for as little as 300yen ($3.00 US).

Although Tokyo’s transport system is reasonably priced, it can still damage tight budgets. Day passes for metro/JR trains start from around 700yen ($7 US) and are a good deal if you’re short on time and want to fit a lot in. Otherwise use JR trains (clearly marked at stations) as much as possible (they’re cheaper), and don’t get lazy. If where you want to be is only one or two stops away, then walk. Tokyo presents few dangers at any time of day.

Taxis are expensive and should only be considered when the trains and buses have stopped running for the day and it’s too far to walk. 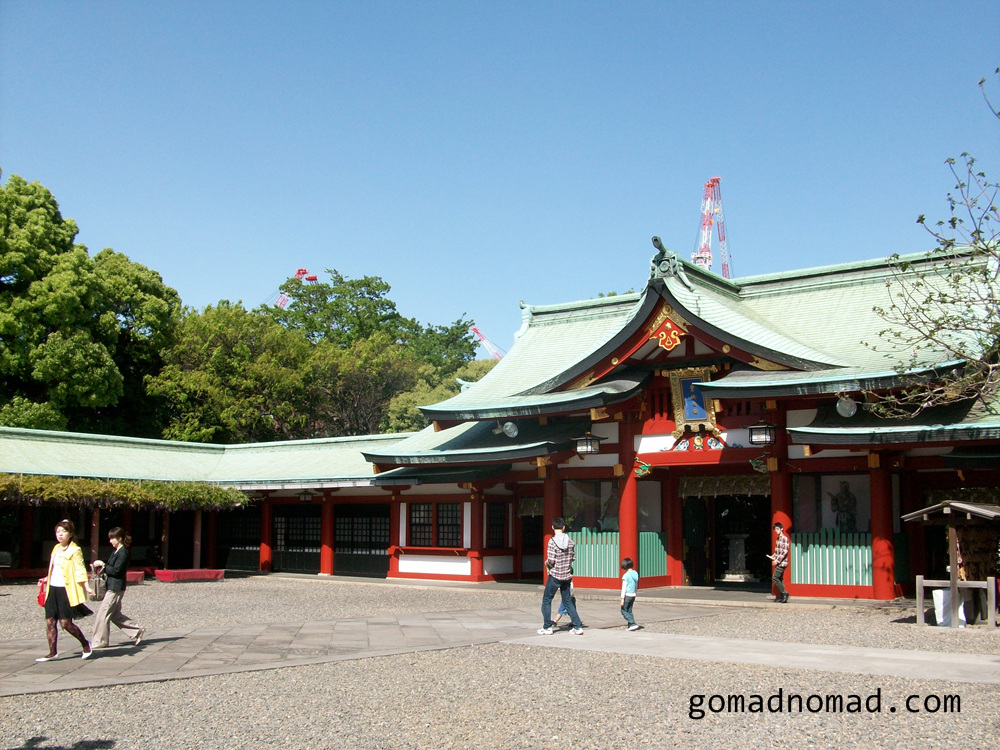 Cash, cash and cash. Although cards are becoming more prominent, the Japanese still don’t trust them and do almost all transactions with hard cash. ATMs are everywhere although not all will accept overseas cards or have instruction in your native language. Keep an eye out for Post Office, CityBank and HSBC ATMs which accept most cards. Bring a credit card for emergencies but never assume it can be used everywhere. Forget traveler’s checks and have plenty of cash on hand. Tokyo is very safe and most people wouldn’t think twice about walking around with large amounts of currency.

Making the most of your time in Tokyo

Tokyo is full of entertainment, much of it free. People watching is epic in any part of the city and there are myriad stores/show rooms full of bonkers items in which you can spend hours ogling, touching and sampling without spending a dime.

For free city views head to the top of department stores where public spaces, smoking areas and even toilets can offer quite a spectacle. The Tokyo Metropolitan Government towers in Shinjuku have viewing areas on their 45th floors which rival anything you’d have to pay for. On a clear day you can see Mt. Fuji. 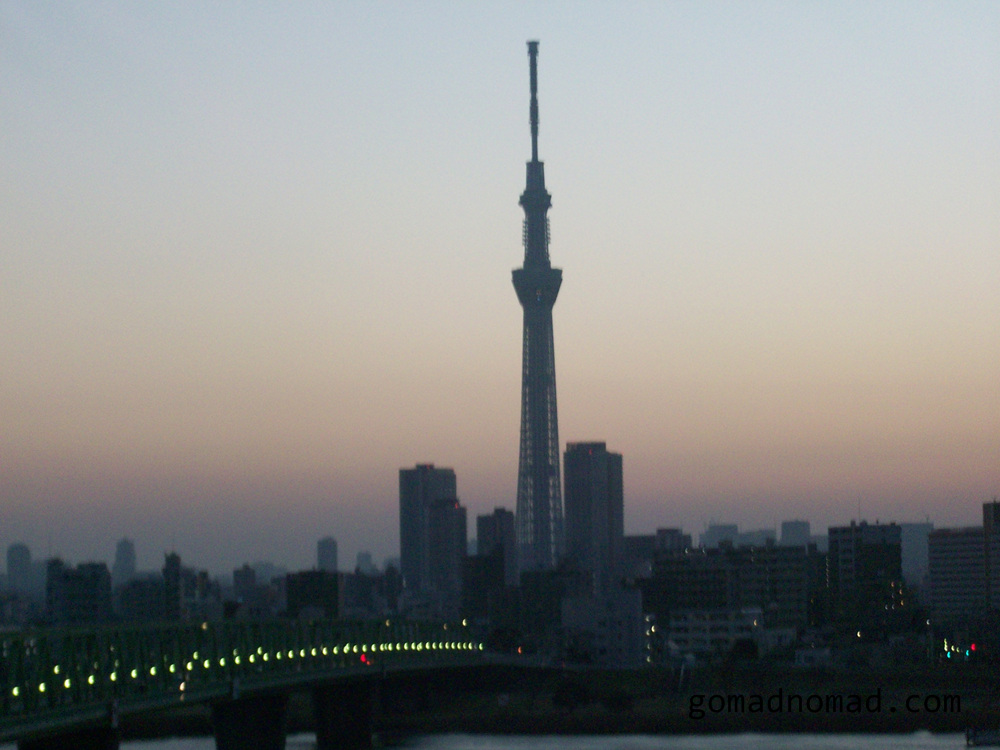 Stay away from temporary exhibits at museums and galleries. They’re very expensive, often crowded and are likely to have information in Japanese only. Stick to permanent exhibits.

Unlike Kyoto, most temples and shrines here are free to enter.

Tokyo wants the Olympics (in 2020) and wants you to come and see that it deserves it, and that you can afford it. Do so now, before the Olympic circus rolls in and prices soar.

All photos by Tom Shuttleworth

7 thoughts on “What It Costs: A Day of Travel in Tokyo”