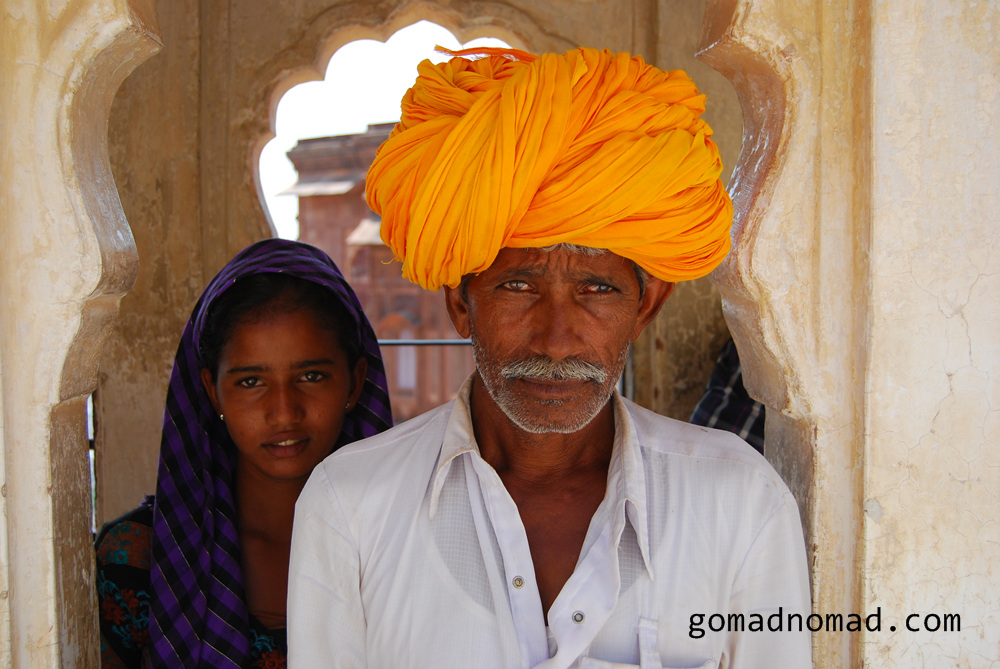 Most of the time we try to avoid a popular tourist destination on a Sunday morning. Jostling for space to get a glimpse of 17th century daggers and detailed art work depicting scenes of ancient Rajasthani kings is not my idea of a good time. On Sunday morning, Jodhpur’s imposing Mehrangarh Fort was crowded, the temperature was hot, and the air was humid.

The good part about visiting at this time was the fact that a plethora of folks from the surrounding towns and villages had made their way into Jodhpur. Many seemed as if they had never seen a foreigner, based on the number of stares we and the other the tourists received. Those with mobile phone camera snapped pics of us paparazzi-style, not caring whether we noticed or not.

I was just as curious about them, and when I came across this family, I thought they looked particularly good framed within these graceful arches. They were happy for me to take their portrait, but remained stoic during the shot, as most Indians do. Jodhpur on the whole surprised me; despite its flourishing tourism industry, most people were curious and friendly. 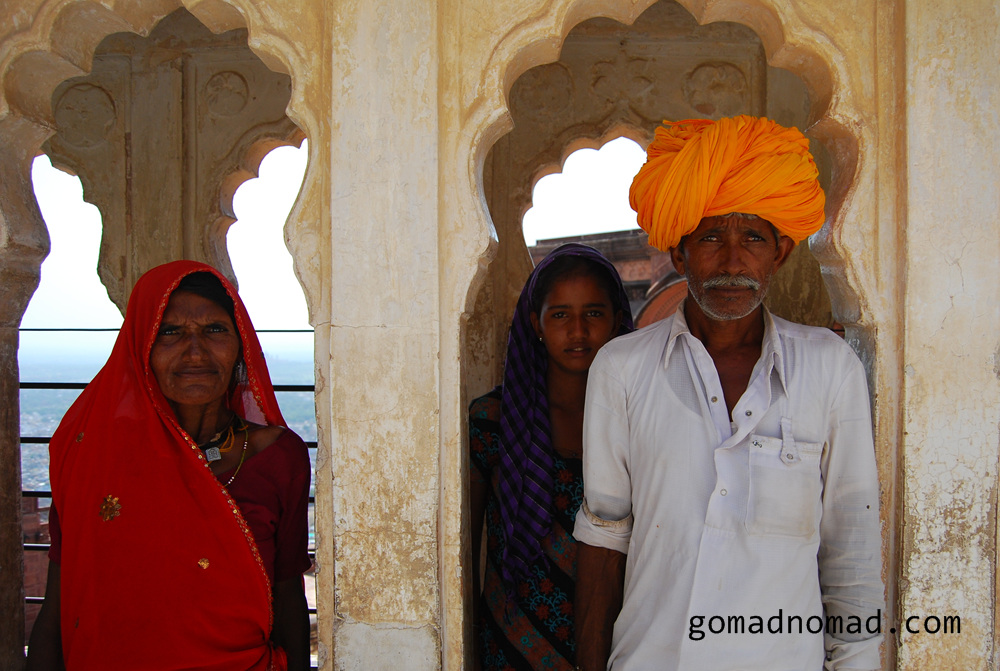 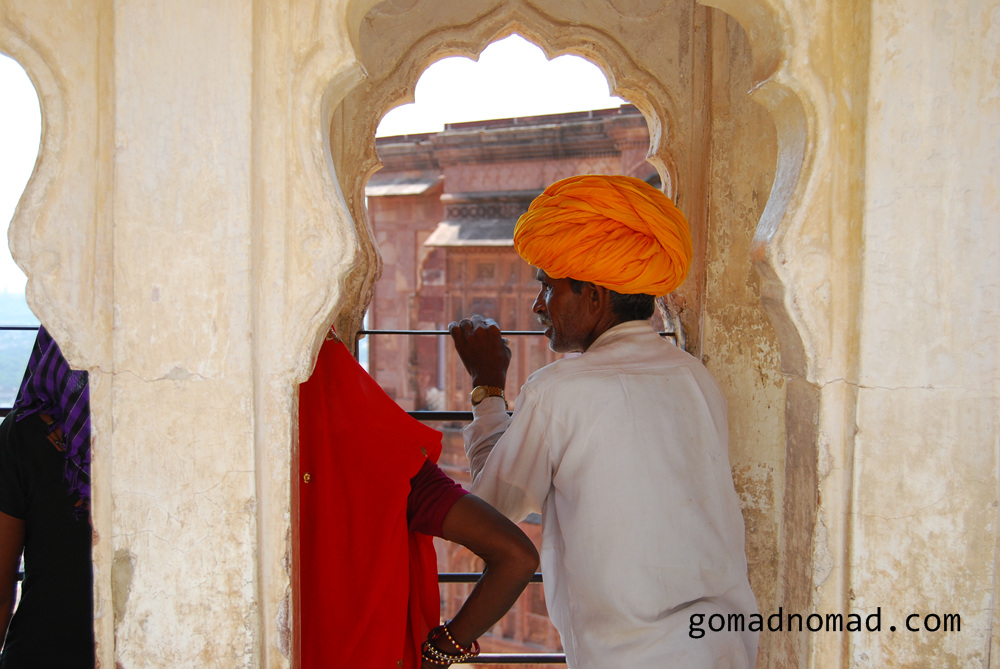 6 thoughts on “Photo of the Week: Rajasthani Family Portrait”