Photo of the Week: Lemo at Tanah Toraja 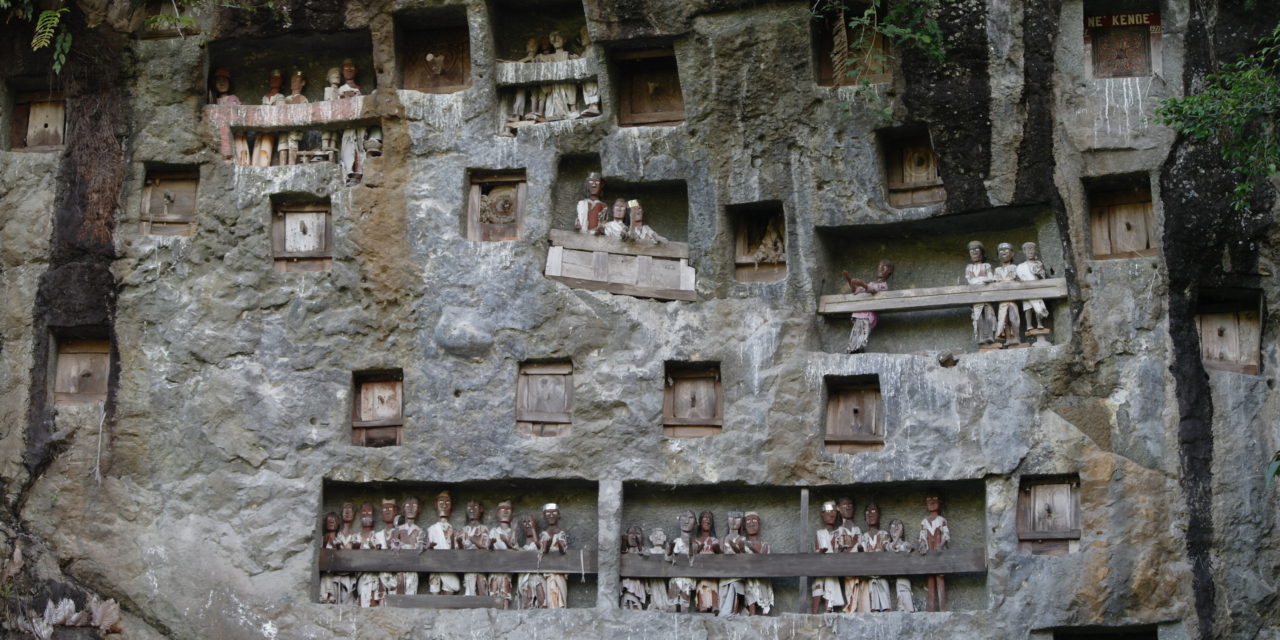 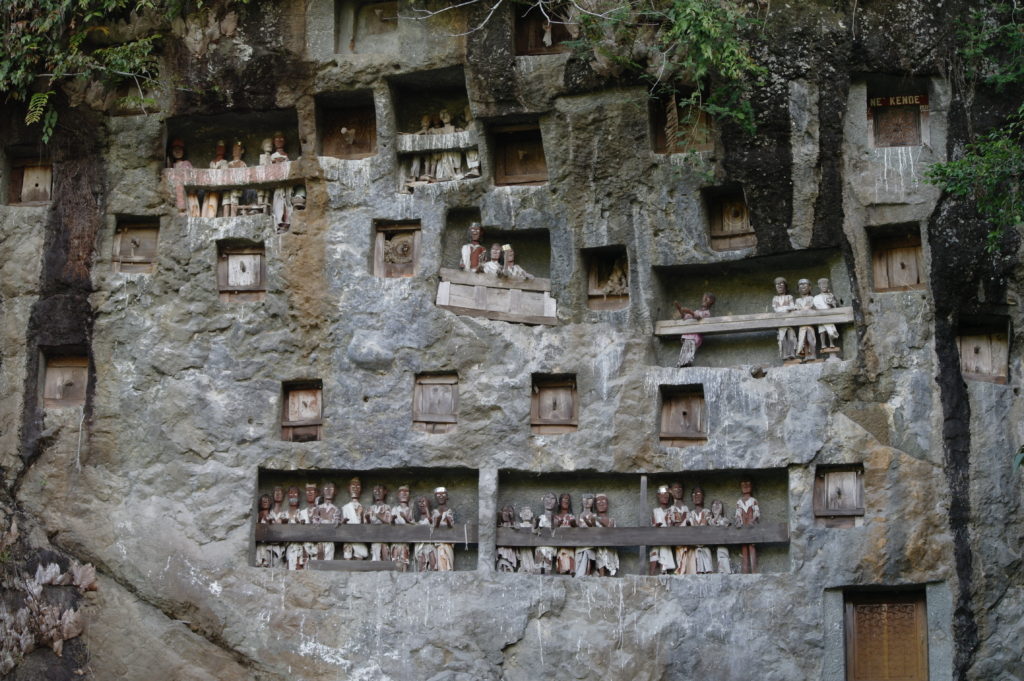 Located in the center of weird-shaped Sulawesi island of Indonesia, Tanah Toraja is a land almost lost in time: with lush rice terraces, imposing limestone cliffs, and ancient burial sites. Lemo is probably the most impressive cliff burial site of Tanah Toraja.

Lemo is a small village where the rock face of a cliff is lined with burial chambers and balconies with effigies. The burial chambers were cut out of the rock face for the deceased to be entombed. There are also a series of balconies with tau tau, effigies carved out of wood or bamboo. They were produced only for the wealthy to reflect the status and wealth of the deceased. Traditionally, the effigies were simply carved, only to show the gender of the deceased. However, they have become more and more elaborate, actually attempting to imitate the likeness of the dead. The Torajans believe that the tau tau are there for ever-guarding the tombs and ever-protecting the living.

The cliff overlooks lush green rice fields and is surrounded by jungles. Lemo is serene, rather than eerie, like other burial sites in that area. 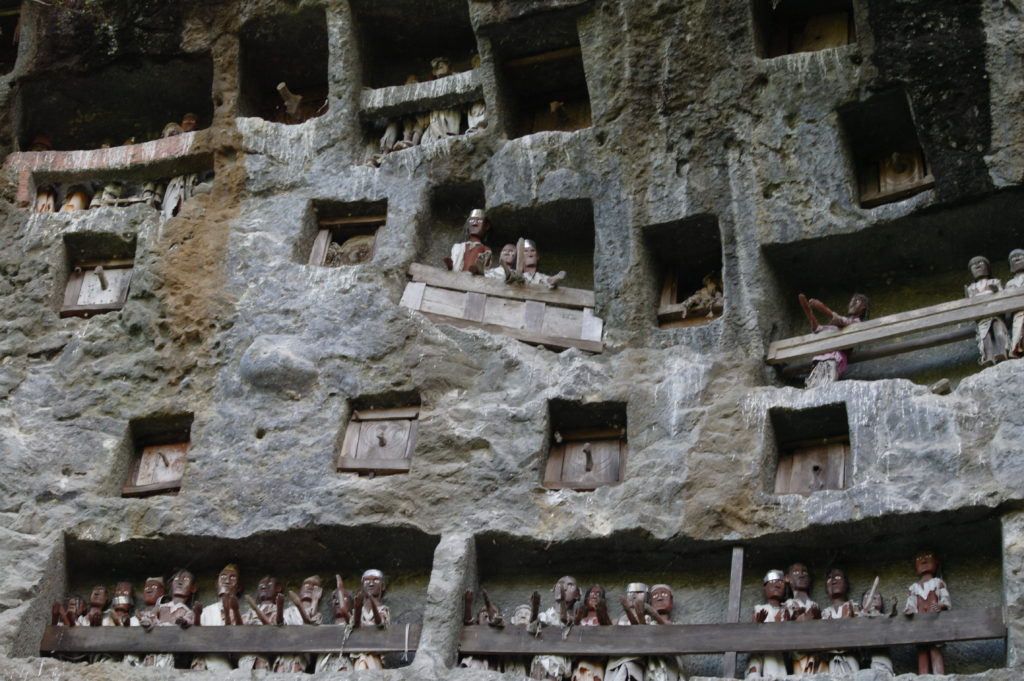 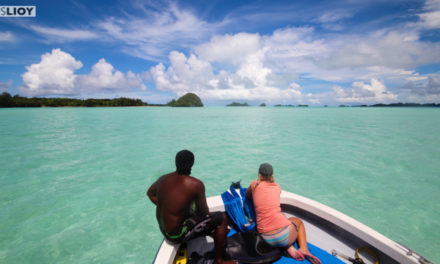 Photo of the Week: The Rock Islands of Palau 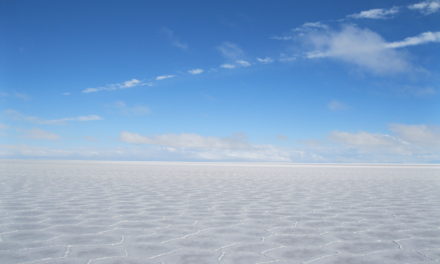 Salar de Uyuni: Your Guide to the Bolivian Salt Flats

Where my coffee comes from