Taiwan is often overlooked as a travel destination – in fact, most people think it’s somewhere in China. Even those who know where Taiwan is, they see no reasons to go there; there’s no Great Wall, no terracotta warriors, etc. Therein lies the good news. Since Taiwan isn’t on the travelers’ radar, it means that wherever you go you don’t have to deal with crowded beaches, overbooked hostels, drunken college students on the ‘banana pancake trail’.

However, this island nation that I love immensely has so much to offer. 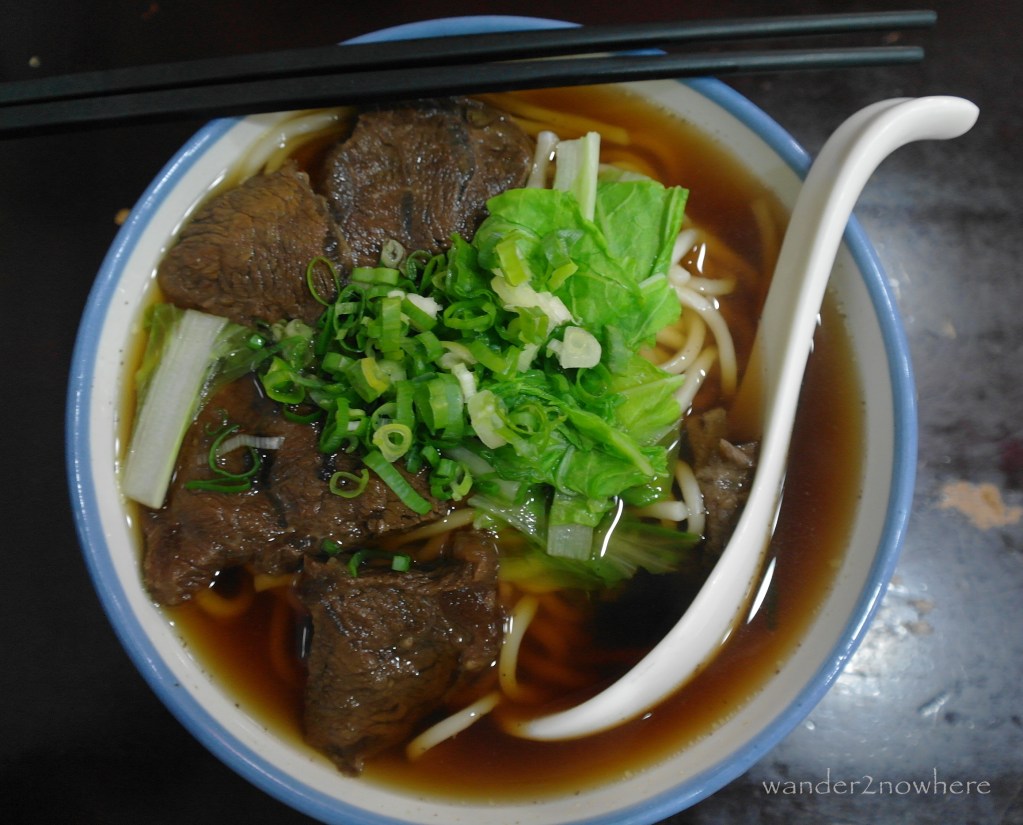 Taiwan is famous for its xiao chi (snacks); and the best place to find it is at night markets. Visiting a night market is easy, as they are extremely popular and can be found in every city. But it does require certain amount of patience and endurance. Some, like Shilin night market in Taipei and Huayuan night market in Tainan, are big and very crowded. Your sense of smell and sight will be assaulted by all kinds of delicacies. But in order to know which stall sells the best food, just follow the people. If the food is good, there’s usually a line of people waiting; if the stall is famous, a line of 20-30 people isn’t uncommon. Going to a night market is definitely one cultural experience not to be missed when in Taiwan.

One of the scents that you’ll smell at night markets and street vendors all around Taiwan is the smell of stinky tofu. The name says it all, it’s as smelly as it is delicious. While it’s a kryptonite for many foreigners, most Taiwanese love it to bits.

Taiwanese beef noodle is unlike the beef noodle you find in China and Malaysia, it is distinctively richer and more delicious. The meat is simmered in 5 spices, dark soy sauce, garlic, etc for hours; rendering it extremely juicy and soft, while the broth provides an orgasm to your taste bud. 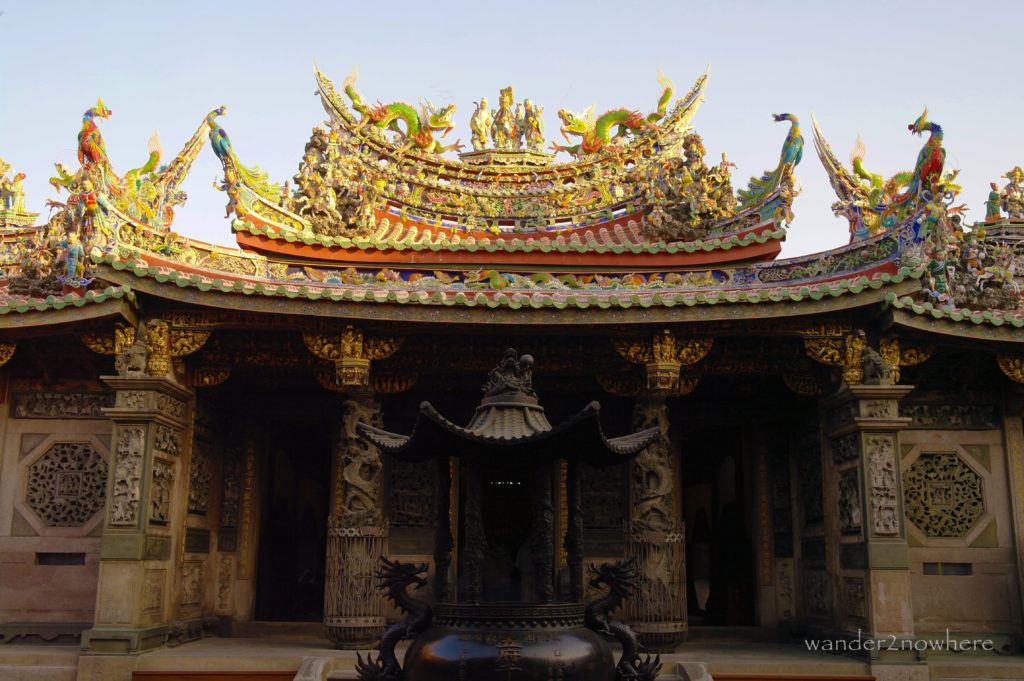 Taiwan is home to well over 11,000 temples. In Tainan alone, the country’s oldest city and former capital, there are over 500 temples that have stood for centuries, witnessing the coming and going of generations of people. Unlike in China where temples were destroyed during the Cultural Revolution, and those that survived see more tourists than worshippers, the temples in Taiwan are active centers of culture and worship.

There are three main types of temple in Tawian: Buddhist, Taoist and Confucius temples – reflecting Taiwan’s religious make-up. These temples are gorgeously ostentatious and highly atmospheric. They are the liveliest during the temple festivals (each temple has its own festivals), and on the 1st and 15th day of each month of the lunar calendar.

One of the more popular temples is the Longshan temple in Taipei. This temple sees thousands of faithful daily who come to pray, give offerings, seek guidance. One thing that sets this temple apart is the palm readers who station nearby, ready to dispense words of guidance and prophesies.

Singles looking to get married often visit the Yue Lao (God of marriage) temple; there are four major ones in Tainan that are said to be very ‘effective’. Believers will remove a piece of red thread from the god’s arm after praying, wrap it in red paper, and carry it with them for an undetermined amount of time. By doing so, love will arrive at your doorstep, and wedding bells won’t be too far away. 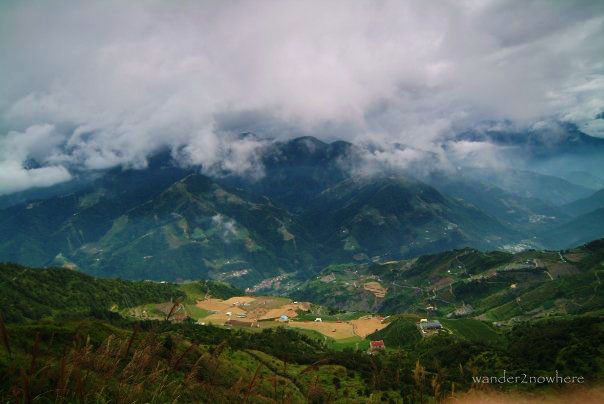 Unbeknown to many, Taiwan is a mountainous island, with the largest number and density of high mountains in the world. There are 286 mountain summits well over 3000 metres above sea level. It is no surprise then that mountain climbing and hiking are some of the most popular outdoor activities in the country.

Yushan (Jade Mountain), soaring to 3952m, is the tallest peak in Northeast Asia. Layers and layers of mountains ascend into the sky and the climate changes from sub-tropical to alpine. With panoramic views, plunging valleys, breathtaking sunsets and sunrises, Yushan National Park draws climbers from near and far. The most stunning view is the sea of clouds that covers the valley underneath, giving you the impression that you are on top of the world.

Hehuanshan, dubbed the “Switzerland of Taiwan” rises to the height of 3416m. Due to its accessibility, it’s a popular weekend getaway for locals. Public roads get you to 3200m, which means the few peaks that reach beyond 3200m are only a short hike away. For those who don’t do well with high altitude, there are some easy short hikes to do around there as well. Sprinkled in the vicinity of Hehuanshan are some indigenous villages that you could ‘accidentally’ stumble upon on your hikes. 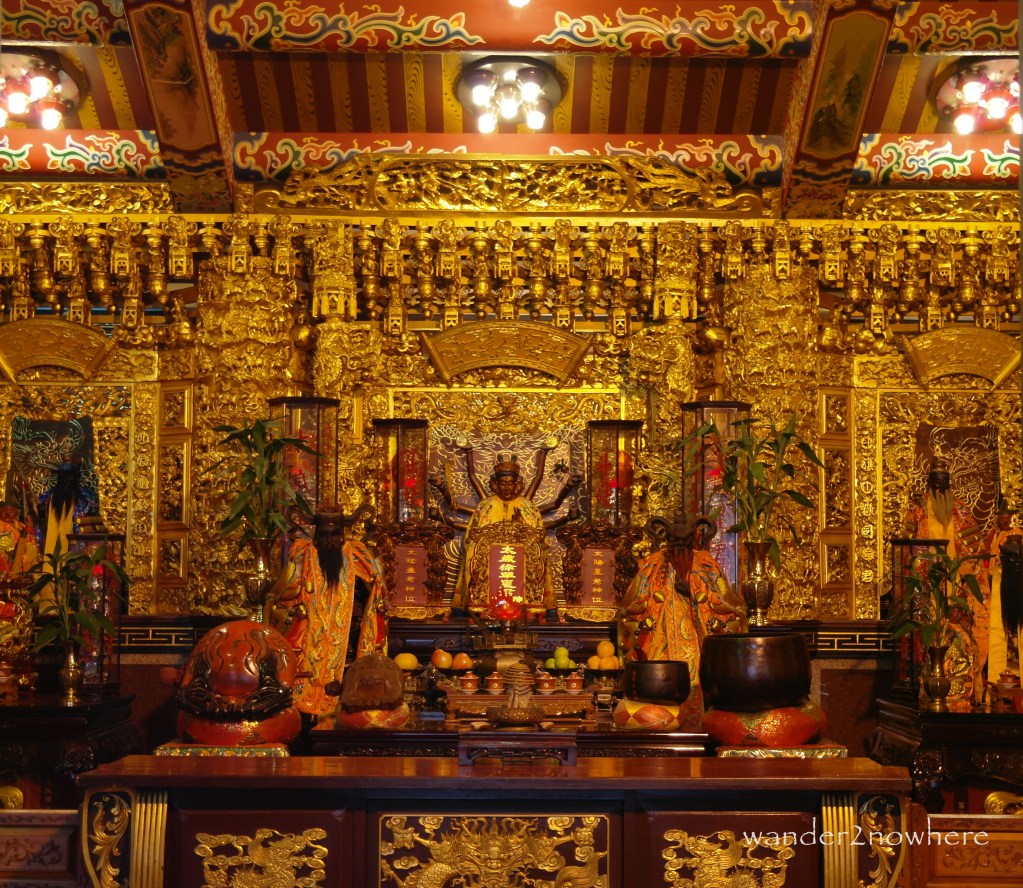 Taiwan is a cycling paradise. Most visitors to Taiwan limit their excursion in the cities, the mountains and the beaches, not realizing that cycling in Taiwan is the best way to see and experience Taiwan. Taiwan boasts thousands of kilometers of bike paths in the cities and the rest of the island. This makes cycling a convenient way to get around the urban areas and an increasingly popular outdoor activity.

The cliff-lined east coast of Taiwan has some of the most spectacular landscape you’ll see. And there’s no better way to see them cycling; stopping wherever and whenever you want to snap a killer shot. There are also local swimming holes, beaches and archeological sites, hiking trails that aren’t in any guidebook.

One of the things in the bucket list of young Taiwanese is doing a ‘round island’ cycling trip. The 1000km+ route can be done in around 2 weeks, depending on your speed and how much down time you need. Most people will build in detours in their itinerary to visit sites of cultural and historical interests along the way. 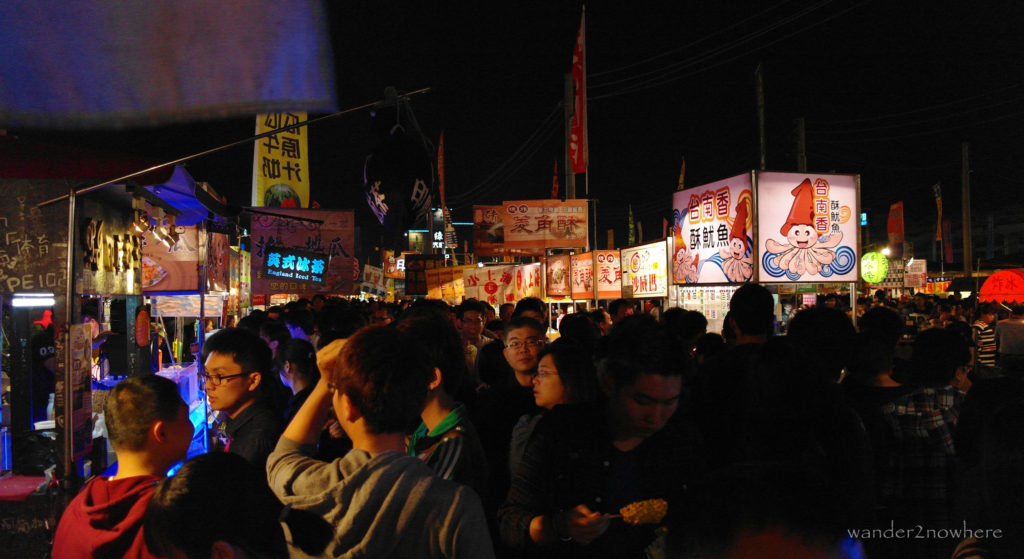 The polar opposite of the people you’ll encounter in mainland China, the people of Taiwan are warm, friendly and extremely hospitable. Even though the language might be a barrier, you can be assured that the Taiwanese will try their best to help you. I’ve witnessed an old man who was so eager to help a foreign visitor that he called his son on the phone, so that he could be the translator. Any visitor who holds a map while looking lost will attract someone to come to their aid, almost immediately.

Most, if not all Taiwanese, are well educated. Not only in the sense that they all go to college, but also because they are cultured and civilized. The concept of queuing and giving way is not only adhered to but it is embraced as second nature.

I’ve couchsurfed a few places in Taiwan, and all of them have been extremely positive experiences. People made me feel right at home, went out of their way to help me, and are the most generous hosts. Nothing compares to sampling delicious food with a local, who could tell you the story behind each dish and its cultural significance.

Hope these reasons to visit Taiwan inspire your next trip

4 thoughts on “5 reasons to visit Taiwan”