Often synonymous with its university, the bell chimes of Oxford’s spires ring to the sounds of elitism and wealth.  It is a city that has produced some of the world’s great leaders and/or some of its biggest rogues, and for most British school kids its university is a seat of learning to be aspired to but not one that they will likely enter. 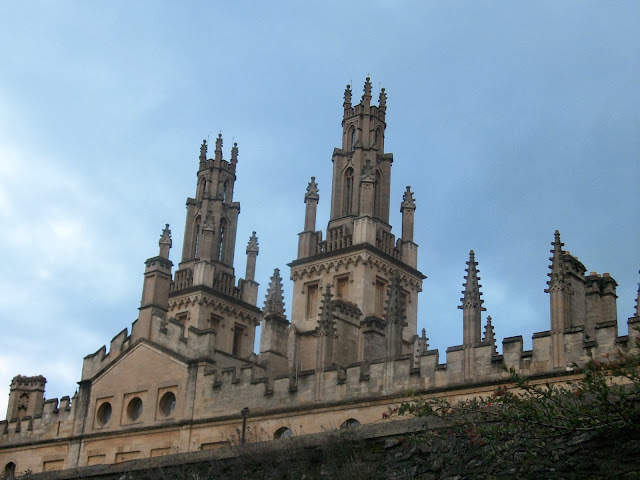 Your Guide to Oxford, UK

For the traveler though, Oxford is a city rich beyond avarice with accessible attractions that rival nearby London.  Here, distracted by churches, museums and colleges that are older than many countries, an international mob of the great unwashed trip over the cobbled streets and bump into the next heads of state.  If you are interested in history, if you fancy yourself an intellectual, or if you just like the look of old buildings, Oxford is an absolute must.

This isn’t a big city and and the central area is compact.  That said, with most buildings being worthy of World Heritage status, one could spend large amounts of time just covering a single street.

Of Oxford University’s 39 colleges, Christ Church is its loudest boast, its Hollywood blockbuster. Literally (scenes from the first two Harry Potter films were shot here). Whether or not one considers this something to be proud of, nothing can spoil Christ Church’s air of grandeur.  Guarding the main academics entrance is Tom Tower. It was designed by Christopher Wren who gave us St Paul’s Cathedral in London (clearly a man who knew how to house large egos). On the walls of the college’s dining hall portraits of Prime Ministers keep a close eye on visitors. Occupying top spot though is a suitably massive portrait of King Henry VIII, notorious womanizer and founder of the college. Although it might seem absurd, students do actually take meals here.

Just outside, austere Tom Quad, one of the colleges courtyards, casts dreamy shadows over its manicured lawns. Be warned though. Stepping onto the grass will incur the wrath of the college’s humorless Custodians, old grouches who patrol the grounds reminding visitors that they don’t actually belong here.

With all the old kit about it should come as no surprise to find that Oxford is home to Britain’s oldest museum; The Ashmolean. Located on Beaumont Street, this glorious behemoth houses a jaw-dropping collection of antiquities and European art. Experts say it’s one of finest in the world.  You might just have to take their word for it as getting one’s head around all the exhibits in here requires an intellect worthy of admission to Oxford University.  There are 39 galleries to negotiate so you may want to make use of a map and be selective, lest it all becomes a bit much.  Admission is free.

On Parks Road, The University Museum of Natural History has plenty of stuffed animals, fossils, skeletons and models for the kids (both young and old) to poke and prod.  Whilst it’s a lot of fun, something far more curious awaits in the basement that is the real reason to come here.  The Pitt Rivers Museum.

Named after a Victorian archaeologist and home to Oxford University’s collection of anthropology and world archaeology, this museum could best be described as mad.  It’s a dark, murky and musty space, packed to the rafters with an oddball collection of treasures from around the globe.  Old rings, coins, voodoo dolls and more, are stuffed into glass cases and drawers, awaiting your discovery.  It’s an experience akin to poking around the attic of an eccentric, well-traveled grandma, albeit on a much larger scale. Check out the ‘Medicine and Surgery’ collection for some particularly ghoulish kicks. 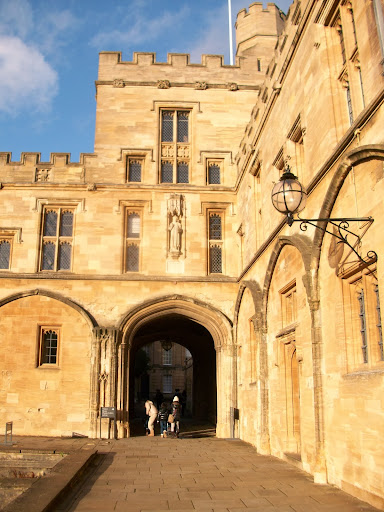 The 19th century poet Matthew Arnold called Oxford ‘the city of dreaming spires’. It you want to see what he was talking about, head to Carfax Tower at the southern end of Cornmarket Street, the city’s main shopping thoroughfare.  The tower is what remains of an 18th Century church.  A very claustrophobic staircase leads to a very exposed tower summit (which is sometimes closed on windy days).  From the top, Oxfords spires pose before you, although they might not look so dreamy if the weather doesn’t play its part.  Either way, it’s a great place to get your bearings.

No trip to Oxford would be complete without having a go at punting on the River Cherwell.  Punts are narrow, flat-bottomed wooden boats that are operated by pushing a long pole into the river bed, whilst standing up.  It’s hard to imagine a more civilized experience, unless it’s your first time trying!  Save face by having your first punt on quieter sections of the river, or shell out some extra cash for a chauffeur.

Round off a day in the city by setting the world to rights in one of Oxfords fabled pubs.  The Eagle and Child on St. Giles welcomed patrons such as J.R. Tolkien and C.S. Lewis.  Over on Holywell St. Bill Clinton could be seen propping up the bar in The Turf Tavern.

Oxford’s Covered Market has been trading for more that 200 years and more than half of the businesses are food related. The general vibe is that of a child’s story book. There’s the rotund butcher selling great slabs of steak, the baker whose cakes look too pretty to eat and the green grocer with the reddest apples in the ‘shire. Walking around, you half expect a cheeky Dickensian street urchin to ask you for a sixpence. Come here to buy some bits and pieces for a riverside picnic or settle into one of a handful of cafes which take pride in their fresh, homemade menus.

Oxford’s bus station is on Gloucester Green, a five minute walk for the city center. There are regular buses running between here and London and/or Heathrow Airport. Journeys to London’s Victoria Coach Station take about 1 hour 40 minutes.

The train station is located a ten minute walk west of the Oxford’s city center. Trains to London take about an hour. If arriving here, the first thing one notices about Oxford is that it doesn’t look like Oxford. Fear not, it’s only a ten minute walk before you’re transported back in time.