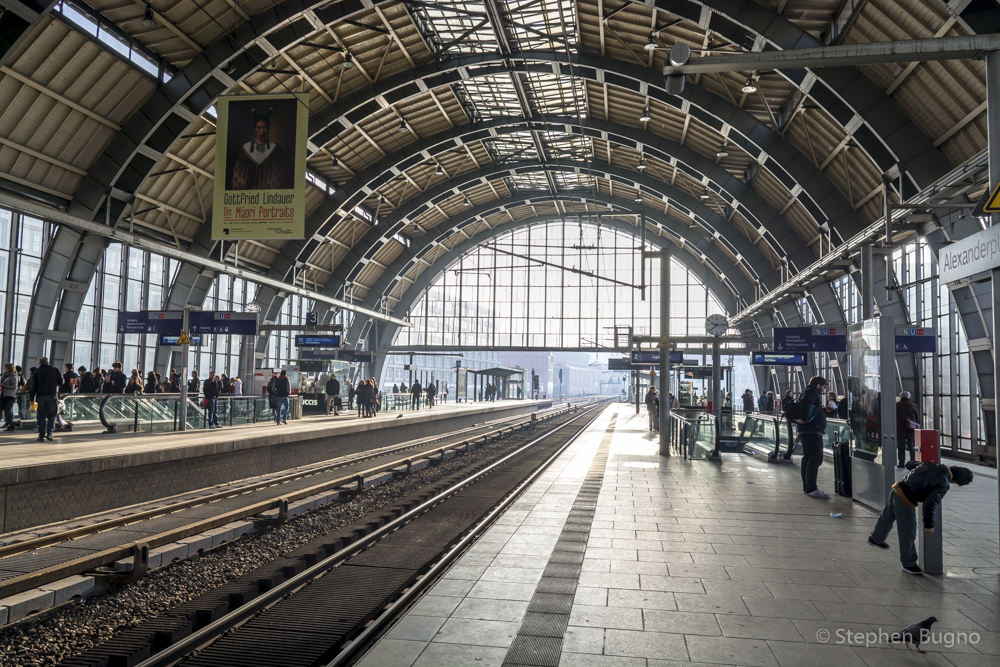 Part of what I think makes a good traveler is thinking fast in the necessary moment and making the most of a mistake. It also means being as prepared as possible. This morning I was a little slow getting off the train–what I mean to say is that I missed my stop! I thought Berlin Hbf (Main Station) would be the final call (as listed) for my overnight train from Freiburg. Instead, it continued to some further station on the other side of the city. My 7:19 am arrival was now 7:23 at Berlin Gesundbrunnen station. Immediately I thought to just hop on the next train back to Hbf. But it’s not quite that simple.
Using my Eurail train timetable app, I found that for some reason getting back to Hbf would require 31 minutes and 1 change of trains. Instead, I took out my phone and used the CityMaps2Go map app. Most importantly for travelers, this app works offline (in addition to the Eurail timetable app). This map gave me my exact location. I was about 3 km north of Alexander Platz. Back on the Eurail app, I knew I could catch my desired train to Poznan, Poland at 9:40 from Ostbahnof Station (with one change).
So I started walking south toward Ostbahnof. To my left was Prinzlauerburg, a neighborhood I stayed at years earlier while Couchsurfing in Berlin. After a few blocks, I stopped to catch an unsecured wireless signal. I googled “best bakeries in Berlin“. Then I started punching in addresses and found that one was on my route with a slight detour. German bakeries are worth any amount of detour. But my time was limited.
But first, another detour. I turned right off Brunnenstrasse and noticed a park with some kind of rusted metal open barrier. What could it be? Further down was a tall concrete wall, one side graffiti, one side unpainted. It was the Berlin Wall! In various sections around Berlin, the wall still remains, left as a memorial. I took a few photographs and read some informational boards. How cool that I stumbled into the Berlin wall! 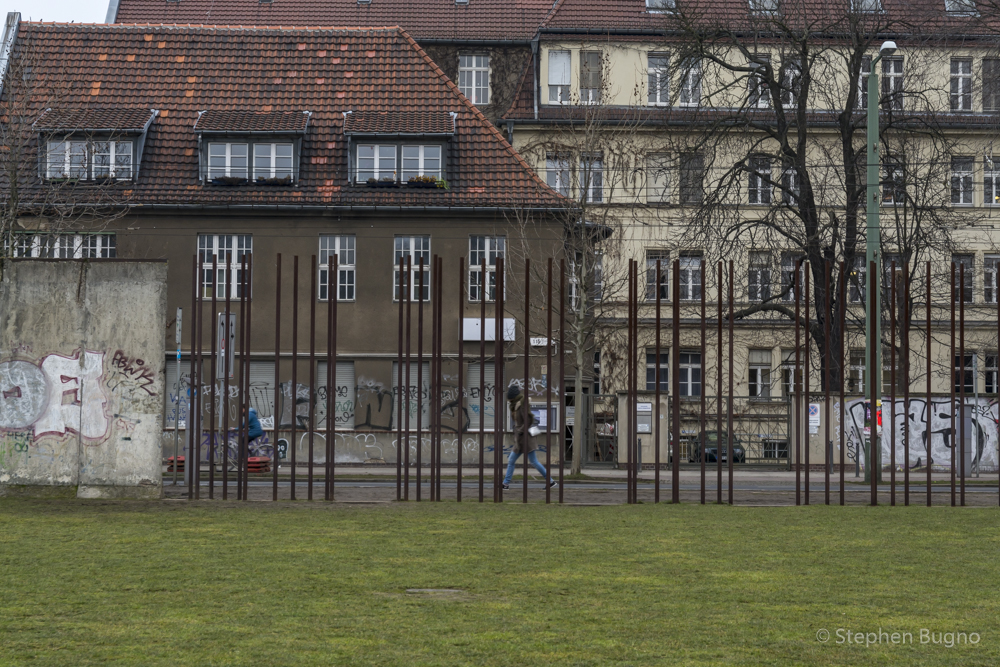 Next stop, Bäckerei Alpenstück. I ordered a pastry and an espresso and couldn’t spend much time resting because I had to continue on my way. The pastries at Alpenstück are in the southern German tradition and are all hand-made. I could have chosen from the apple strudel, pretzels, numerous cakes and breads, or plenty of others.
Finally, at a fast walking pace, I reached Ostbahnof where the train was a couple of minutes late and transferred me just in time for my Berlin-Warsaw Express train.