The name ‘Turkmenistan’ for most people brings to mind fiery craters in the desert or maybe the cult of personality surrounding former president Turkmenbashi, if indeed it conjures up anything at all. Very few people have any conception of the capital city Ashgabat, an inexplicable city of palaces and fountains surrounded by 200,000+ square miles of the Karakum Desert. 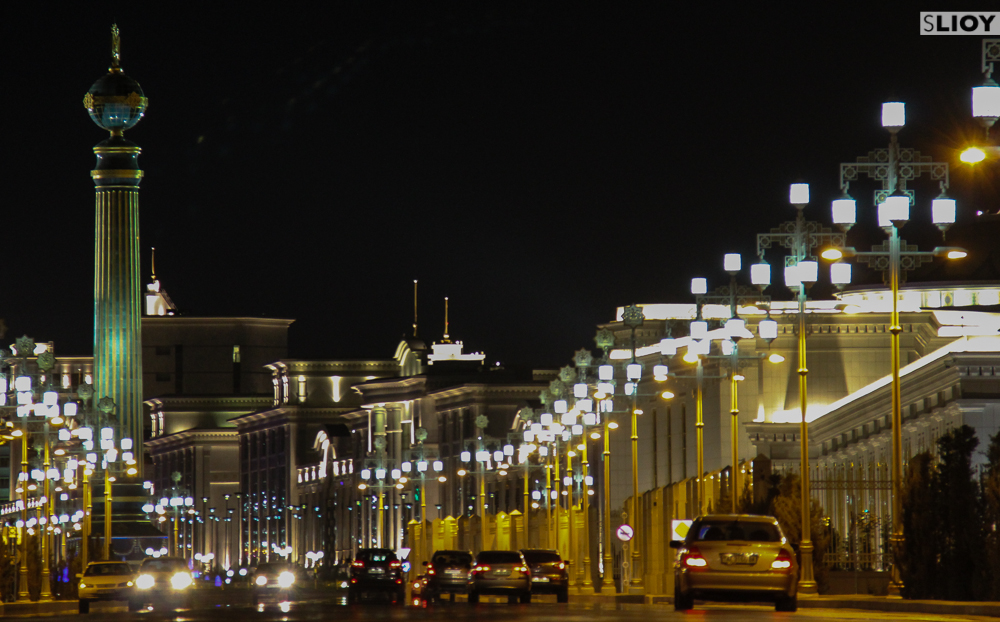 Given the extremes of temperature Ashgabat experiences, the wide streets and manicured lawns of the city center stay mostly free of pedestrians. Walking through the government quarter, home to the palatial Ministry buildings whose marble facades occupy entire city blocks, the only other people to be seen are usually the soldiers who stand guard out front of public buildings and enthusiastically enforce a ban on photography.

Scattered around the area are monuments to Saparmurat Niyazov, better known as Turkmenbashi, the first leader of Turkmenistan after it gained independence from the Soviet Union in 1991. During his reign a number of statues and monuments and plaques and banners were erected around the country and especially the capital featuring his likeness, though since his death in 2006 some of these have been either taken down or moved to less prominent locations.

The Neutrality Monument (pictured below), a 75m plinth topped by a 9m statue of Turkmenbashi, was originally constructed in the center of Ashgabat and built such that the statue on top rotated throughout the day to always face the sun. Though the whole thing has now been relocated to the outskirts and the statues faces firmly towards the city center, the very idea of this ‘cult of personality’ surrounding Niyazov is a potent attraction for international tourists to Turkmenistan – and a good reason to stick around Ashgabat for a couple extra days and have a look. Just be discrete about taking photos when those soldiers are watching! 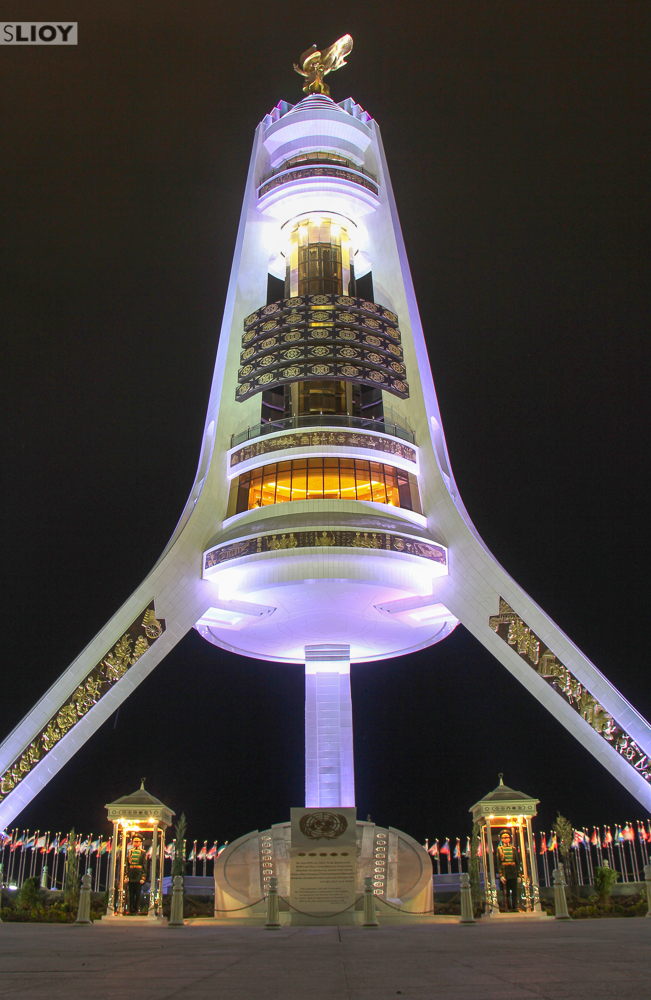 Planning a trip to Turkmenistan? Make sure to read our ‘9 Things to Do in Turkmenistan‘ before you go!