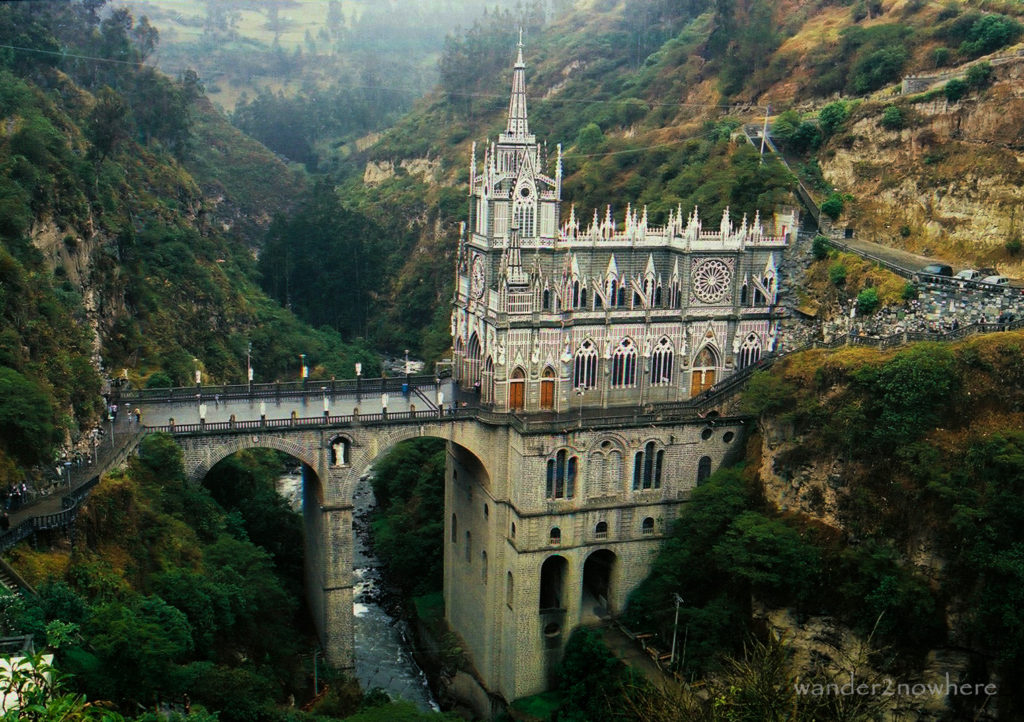 Churches and shrines have been built in beautiful settings, but none comes close to the stunning yet precarious location of the Las Lajas Santuary. Located in the state of Nariño in southern Colombia, the building sits perilously on a 130 feet tall bridge built over the Guaitara river, at less than seven miles from the Ecuadorean border.

According to local legend, the Virgin Mary appeared to an Amerindian woman and her deaf-mute daughter in 1754 when they were hiding from a storm. At that moment, the daughter was cured of her disability.

A chapel was then built on the site of the apparition. Miracles have been attributed to this site drawing worshippers from all over Colombia and neighbouring countries.

The current neo-Gothic church was built between 1916 and 1949, around the original chapel. Although primarily a religious site, this beautiful church in a dramatic location has been drawing local and foreign visitors.

It is a bit off the tourist trail, there are no other major tourist spots nearby, but if you are traveling between Colombia and Ecuador it is well worth a detour to visit this beautiful church on a spectacular setting. 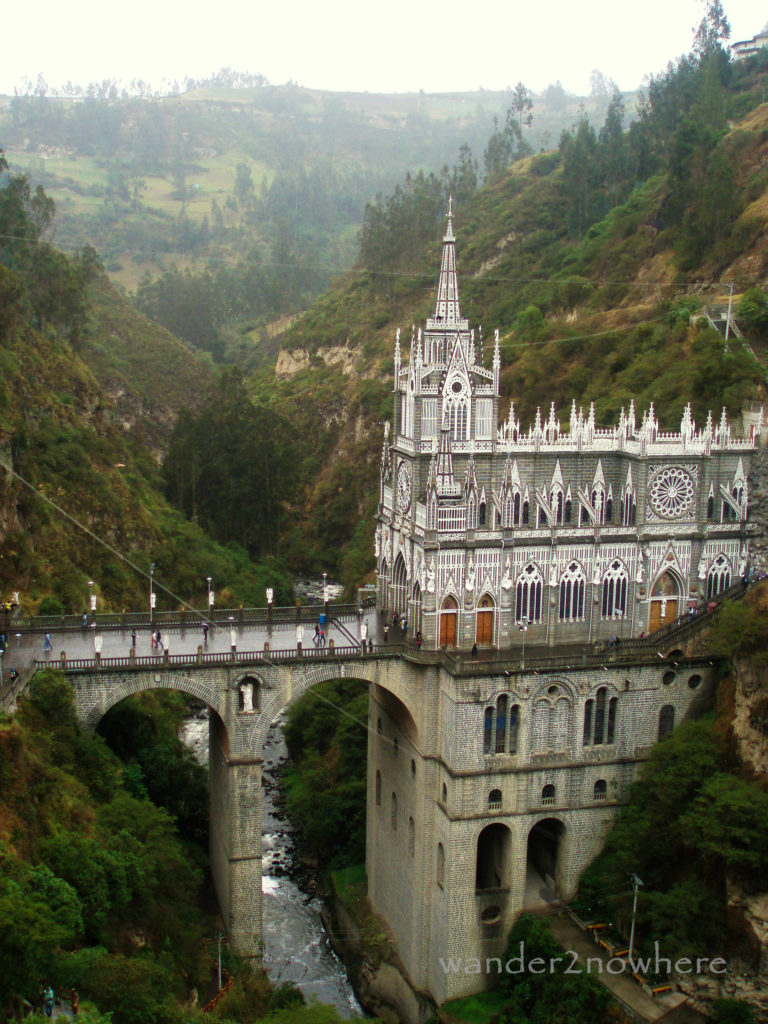 2 thoughts on “Photo of the Week: Las Lajas Sanctuary”