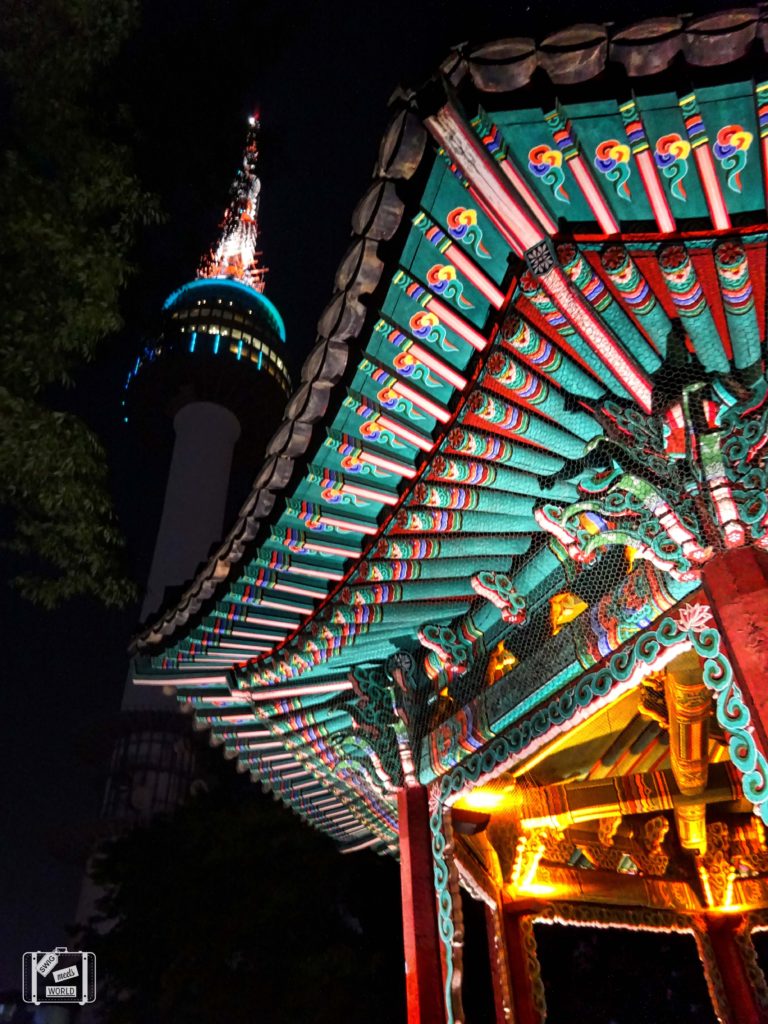 The following post is a special guest post from Mike Swig of SwigMeetsWorld.com. Mike is an American travel writer, photographer and recent MBA graduate. He has traveled to over 55 countries around the world and documents his adventure along the way.

Flash to the Past

Venturing to Dongmyo, Gwangjang, and Seun for the first time since moving to Seoul was an interesting experience. After my friends and I ate copious amounts of Indian food from a nearby restaurant we took a short walk to the Dongmyo flea market. The market is located near exit 3 of Dongmyo station. The area is filled with an array of clothes, electronics, and much more. Seoul can be such a fast-paced city, where everyone seems to be in a hurry. However, in Dongmyo, time seems to slow down and everyone walks with a leisurely stride. The best way to describe Dongmyo, Gwangjang and Seun Market is a clash of old meets new. Once I arrived to Dongmyo and Seun I could feel time slow down. Seoul is considered one of the most technologically advanced cities in the world, but heading to these districts is like a trip back in time. 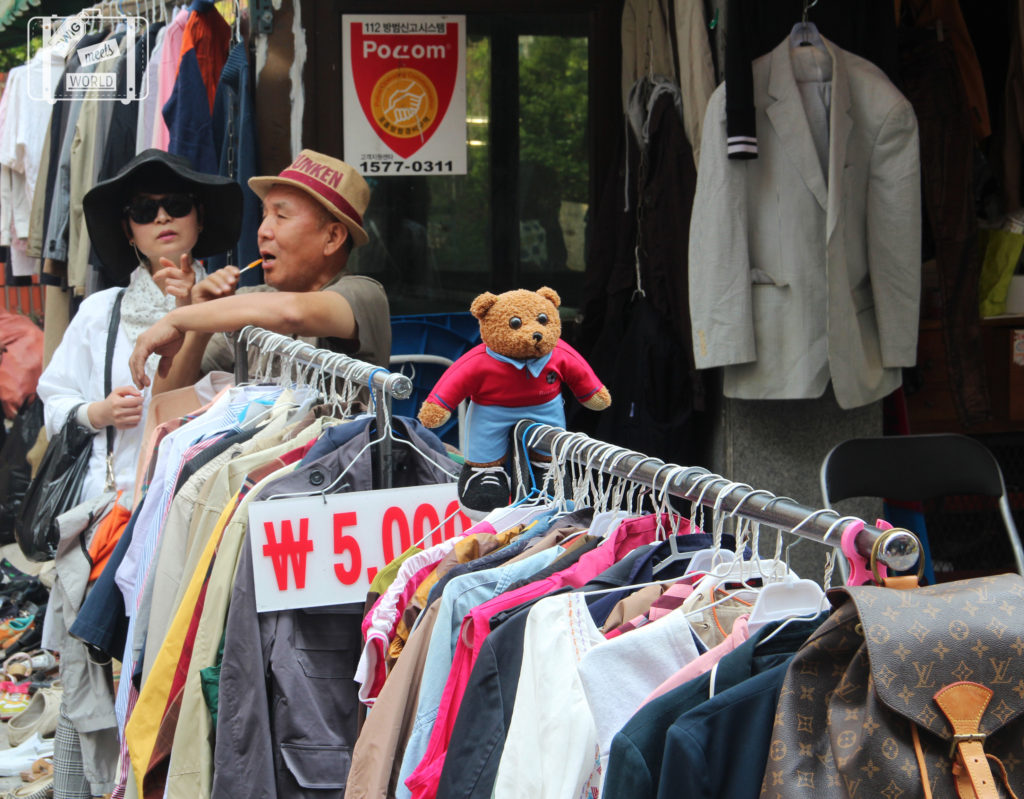 The Dongmyo Flea market offers some really unique items such as reasonably priced clothes, electronics, and antiques. The atmosphere is filled with nostalgia and an appreciation of the past. The people working and visiting the markets are the ones who fuel the environment. There are interesting people around every corner and this area offers some of the best “people watching” I have experienced in Seoul. The elders here certainly have lived an interesting life and this charisma is beaming throughout their attire and elegance. The thrift stores in Dongmyo offer a really cool experience for everyone. On the streets, there are temporary stands selling an assortment of items, but mainly clothes. The brick and mortar stores in this area sell a wide range of items such as books, jewelry, art, electronics and much more. The variety of items in this area was astonishing! One stand was selling fishing poles, while the nearby shop had watches and other jewelry. It really is an unorganized cluster of items all in one spot. Even if you aren’t looking to shop, you will certainly find some entertainment in viewing everything Dongmyo has to offer. 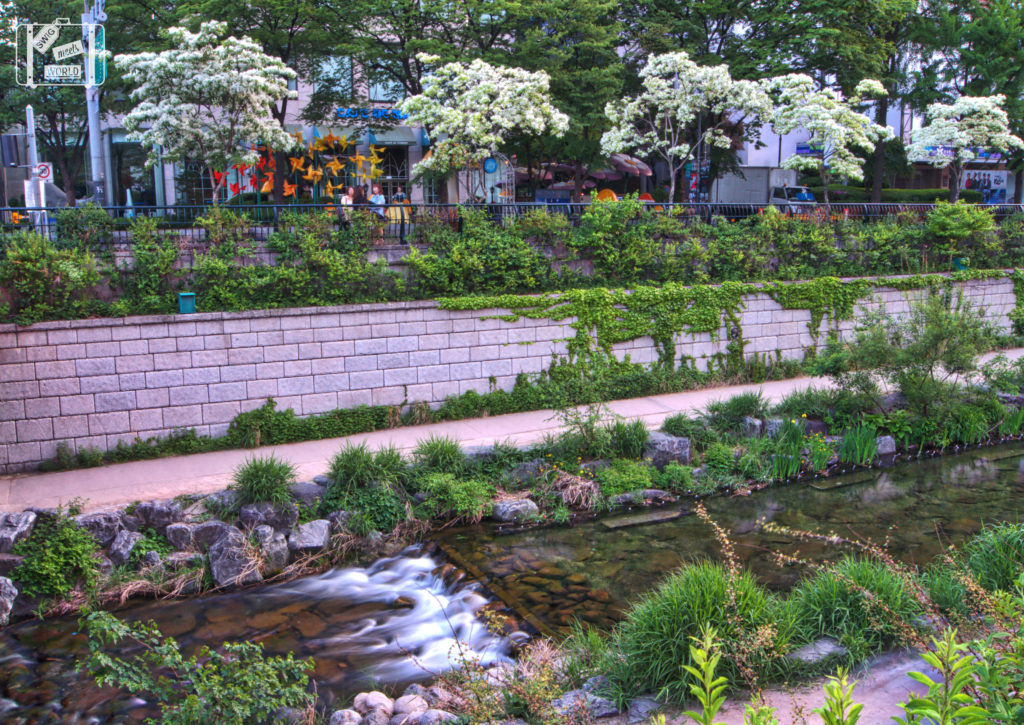 After perusing the market for a while we ventured to the Cheonggyecheon stream and made our way towards Gwangjang Market for some snacks. The market is near Jongo-5 station and not too hard to find. If you get lost just follow your nose towards the delectable smell of Korean pancakes and the other assortment of delicious foods. The market boasts a wide variety of Korean cuisine, which is mixed in between clothing stores. Gwangjang is famous for traditional silk and offers a large variety of satin and linens. There is also a large selection of Hanbok shops intertwined between the textile stores and food markets. The atmosphere here is a fast-paced compared to Dongmyo, but it is a pleasant visit for anyone in the mood for some savory food. 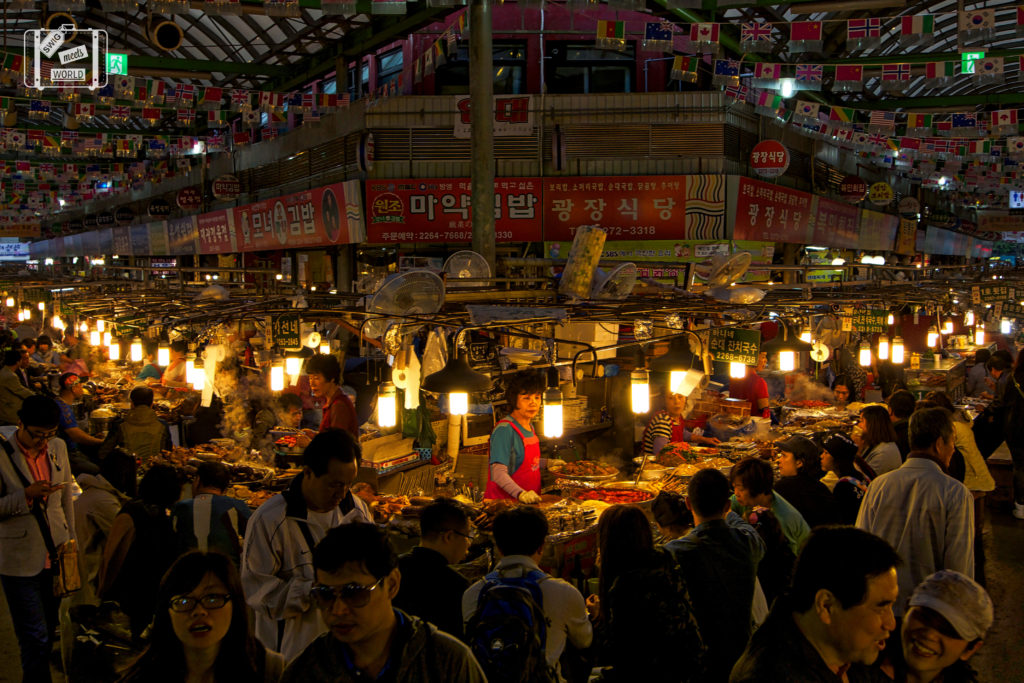 After Gwangjang we continued our stroll via the Cheonggyecheon stream walkway. The walk along offers a peaceful and serene atmosphere. It is always great to get immersed into nature, even when you are in the middle of the city. Couples, families and everyone in between seemed to be enjoying their walk along the Cheonggyecheon. Although we were going in the same direction, most people had different destinations in mind. Once we reached Seun, we stepped out of nature and into the land of gadgets. Once leaving the stream we approached a blinding street of LED lights. There are several stores here selling just one type of item. Unlike Dongmyo, certain areas seemed to specialize in one specific category of technology. For example, one area of stores sells fans or another spot has CCTVs and so on. Seun is an intriguing place filled with some new technology and some devices that are extremely outdated. Seun used to be the place to go for grabbing the most recent electronics. It is like the market was unable to adapt and keep up with the fast-paced technological revolution. Old radios, tube TVs, cassette players and much more are piled into small shops, sitting and collecting dust. The market seemed to only be occupied by workers. My friends and I were some of the only people shopping around, which was unusual for a Saturday afternoon. Though, only some of the items here are geared towards general consumers. A lot of the stores mainly appeal to wholesalers and other businesses. 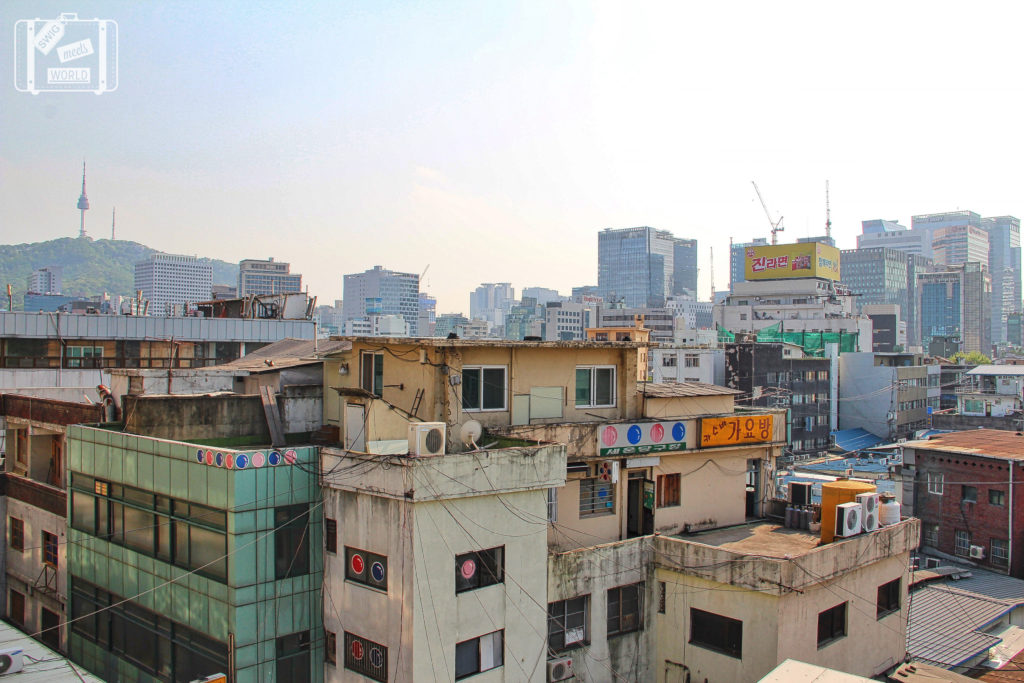 Taking a trip to the rooftop of the Seun market offered a visual perspective and blend of old buildings mixed with new ones. You can see how the new skyscrapers are slowly overtaking the older buildings. Although Dongmyo and Seun both offer a trip back to the past, Dongmyo and Gwangjang seemed to have more vibrancy and character. Some of the shops in Seun are avoiding the inevitable. A few of the stores are offering new products, but others are hesitant to adapt and flourish. Time will reveal the fate for Dongmyo and Seun. Regardless of the future, I hope the nostalgic atmosphere can remain throughout both areas.