The following is a guest post by a travel-mad Englishman, Richard Collett, who has the unruly tendency of finding himself in bizarre and occasionally dangerous situations far from home. He is currently undertaking an epic overland journey from London to Lhasa, to prove that there are still incredible places out there that you won’t find in any guide book. You can follow his trip at www.travel-tramp.com or on twitter and Instagram. 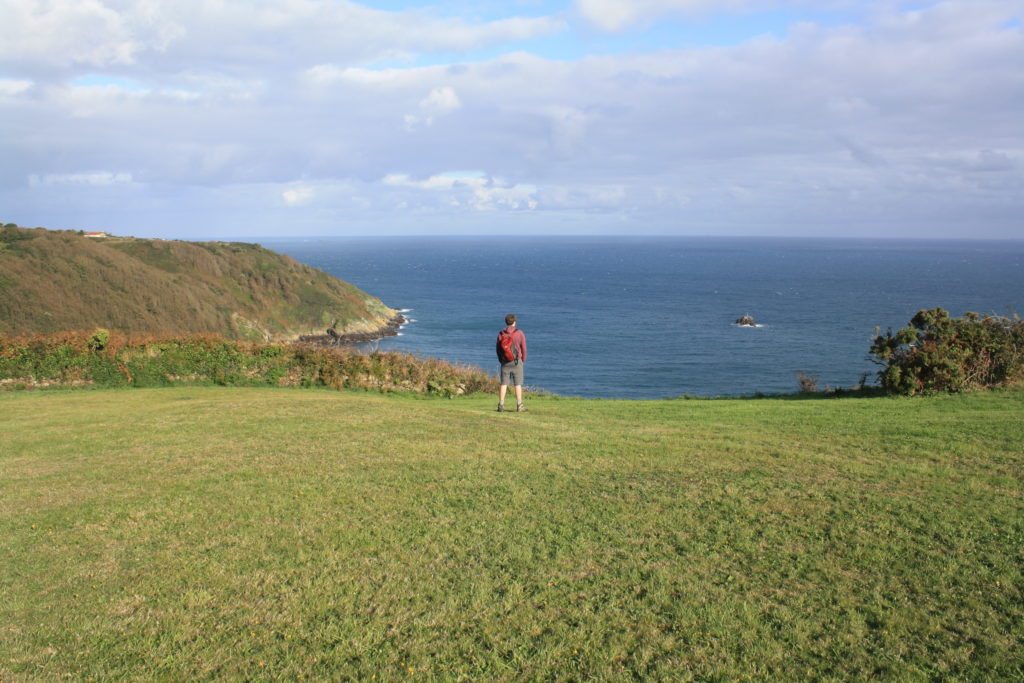 The waves were throwing the boat around as we moored up alongside the rocky harbour. The rain was lashing down too, and thick grey clouds came rolling in as I jumped off the swaying ferry and in a spray of sea salt made my first step onto Sark. I ran for the nearest cover, not even bothering to look up at the staggering cliffs towering over the bay, as the full fury of the elements of the English Channel bore down upon the island. ‘Welcome to Sark’, a small placard in the rock said. Dripping wet and mildly nauseous, I wondered what what was in store for me.

Sark is an isolated island- only a few square miles of rocky land- lying in the English Channel between France and Great Britain. It’s the last remaining medieval fiefdom in Europe, and a place that’s still run on a feudal system of ancient laws. Even cars are illegal here. I had come to see if this was some archaic, left over kingdom from history or, as I hoped, an island where time had simply ground to an agreeable halt.

As storm clouds surrounded the rocky outcrop of land I was to call home for a few days, I realised the precarious isolation of Sark. I had come from Guernsey, another of Britain’s Channel Islands, an hour away and the nearest habitation. Travelling with the rustically named ‘Sark Shipping Company’ left me with the distinct impression that I was in fact being smuggled to some distant out cove at the far end of the known world.

Geographically, Sark is much closer the continent, but for centuries the inhabitants have been a part of Great Britain- although they still adhere to their own laws even now. Originally the island was part of Normandy, and when William the Conqueror took the English crown in 1066, they came with him. And they’ve stayed ever since.

There are no paved roads in Sark, and no cars either. Waiting for the ferry passengers though was the local bus- a tractor with a few carriages attached. The wheels churned through the mud as I caught the ride up the hill to the island’s main street, a solitary road, but one with all the usual trappings of life: banks, a post office and of course, the pub. The only traffic though was the odd tractor, and at the local supermarket, all the luxury items had to be imported from the mainland. There was even a catalogue and a door to door delivery service run by a man called Jimmy and his fleet of tractors. 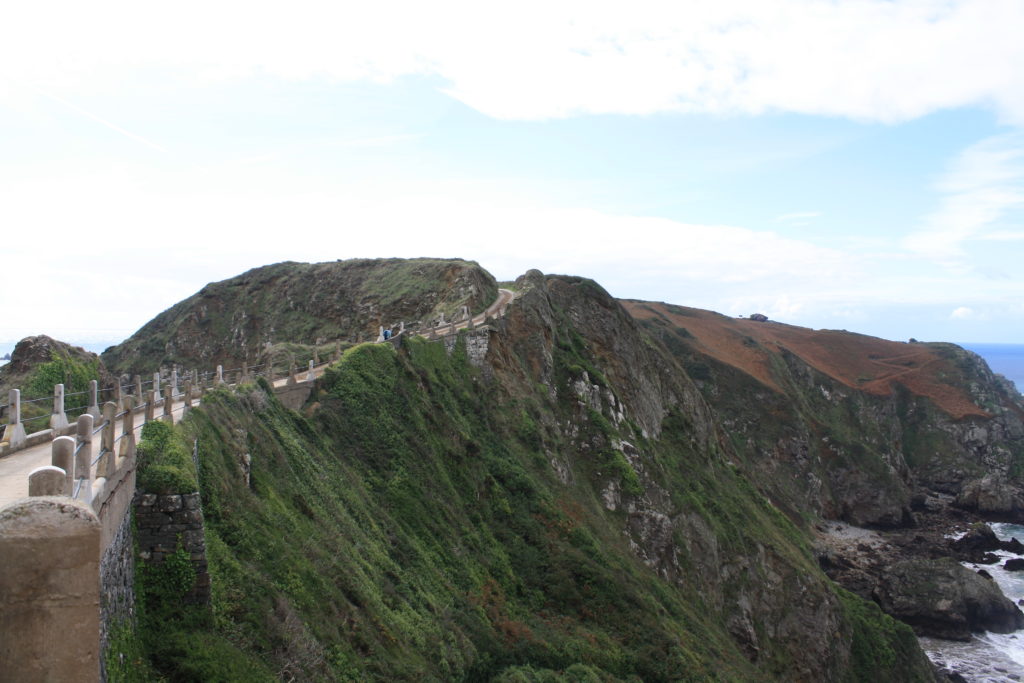 The tractor- bus dropped me near to my camp site. With almost no streetlights, Sark is an incredible place for star gazing. What better way to experience that than by sleeping under the night sky itself? The rain was still pooling around me as I set up camp at the site, which happened to be located on the edge of a cliff, and the wind threatened to rip the tent out of my hands and into the ocean below.

The next morning I woke to a few faint rays of sunshine, and the view that greeted me was spectacular. It had been worth the soaking. The field I’d spent the night in overlooked the harbour I’d arrived at, and today the sea was calm and the sky was blue. I could see the coastline stretching along, basking in the sunlight for a few miles and a few small boats navigating the rocks below.

Sark can be traversed in a day, on foot, by bike or even by horse and cart. That doesn’t mean there aren’t endless hidden coves and sheltered bays to discover along the way though. The leisurely pace of life here is something to be savoured, something that is all too often lost in the mayhem of the modern age. I hiked the cliff side trails of the island, through vineyards, fields and woodland. There was blissful silence, and with only around 600 inhabitants, there’s always a peaceful air about the place. Walking down the steep paths to a bay below the cliffs on the far side of the island, I stood alone on the sandy beach, the ocean ahead of me and not a single soul in sight.

And for a few days, the atmosphere never changed. I explored every inch of Sark, occasionally hearing the ding of a bicycle bell or the clang of a tractor behind me on the road, but more often than not only having the sound of the waves against the rocks to accompany me where I went. The weather held up too, and I felt almost guilty when I left remembering my vivid first impression while standing under the cliffs in the pouring rain.

Sark is a place lost in time. Ancient laws may still run the island, but the locals have taken the best modernity has to offer alongside it. There aren’t many places left where you can have an entire beach to yourself for the day, but this is one of them.