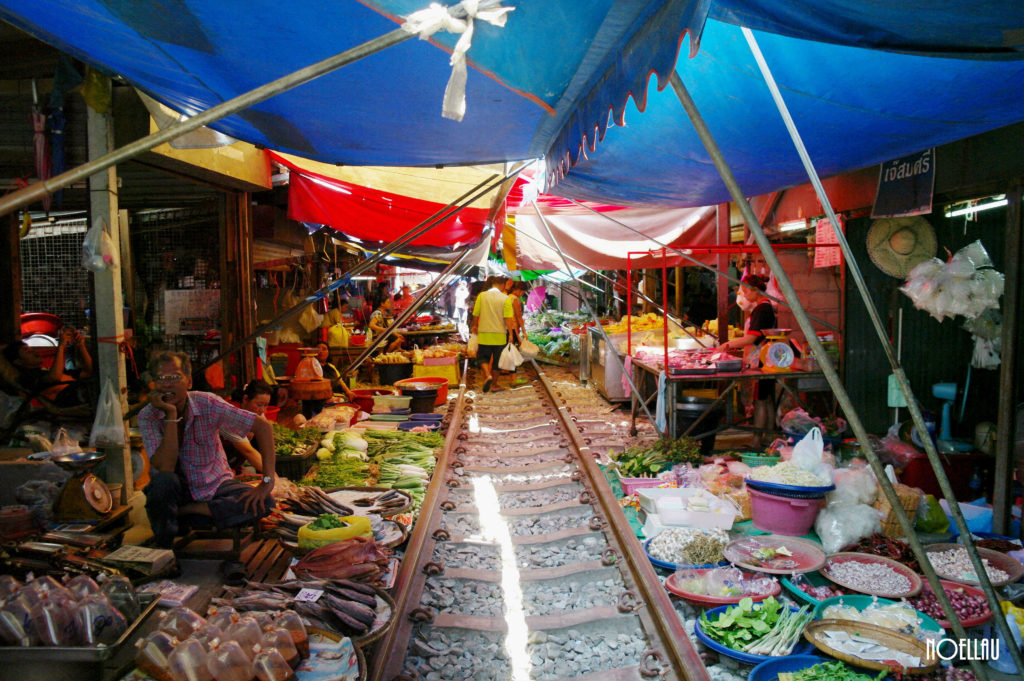 The market at Maeklong, situated about 60km west of Bangkok, looks just like any other markets in Thailand. Tropical fruits and green vegetables lie next to bright red chili pastes and colorful spices; the smell of freshly-caught seafood mingled with the smell of freshly cooked Thai delicacies.

Fifteen minutes before a train is scheduled to pass through, the train station, which is next to the market, will broadcast a warning. This is repeated again 5 minutes before the train’s arrival.

During this time, stall owners wheel their tables away from the tracks and retract their awnings. The produce on the ground are left undisturbed. Locals move on to safer stalls to continue shopping. Only stall owners and tourists, arm with camera, remain to watch the spectacle. 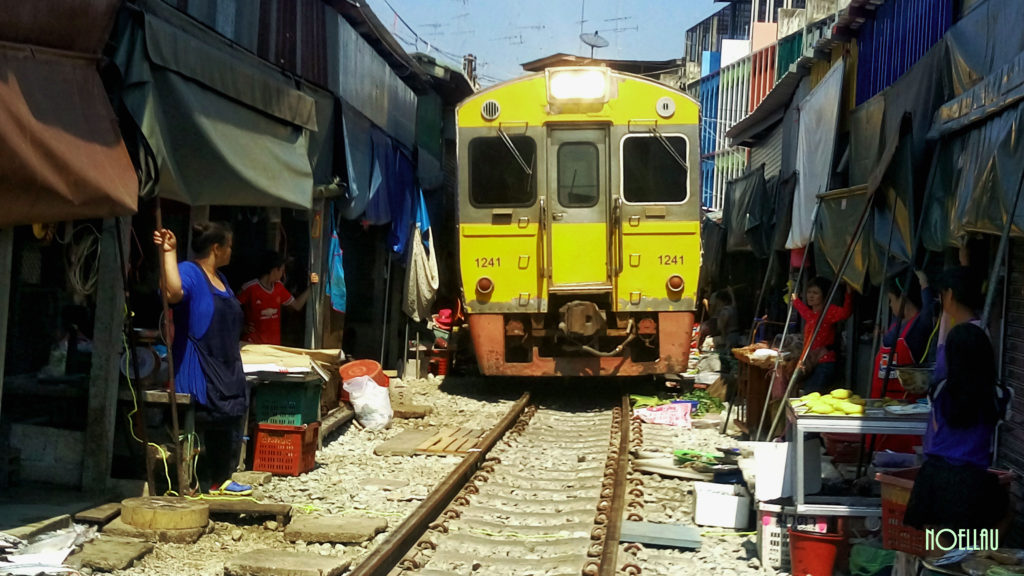 A loud blast of horn announces the arrival of the train. From its normal 30km/h the train slows to 15km/h as it lumbers gingerly through the market; inches from the tables loaded with local produce, while its wheels hover only mm above the produce left on the ground. 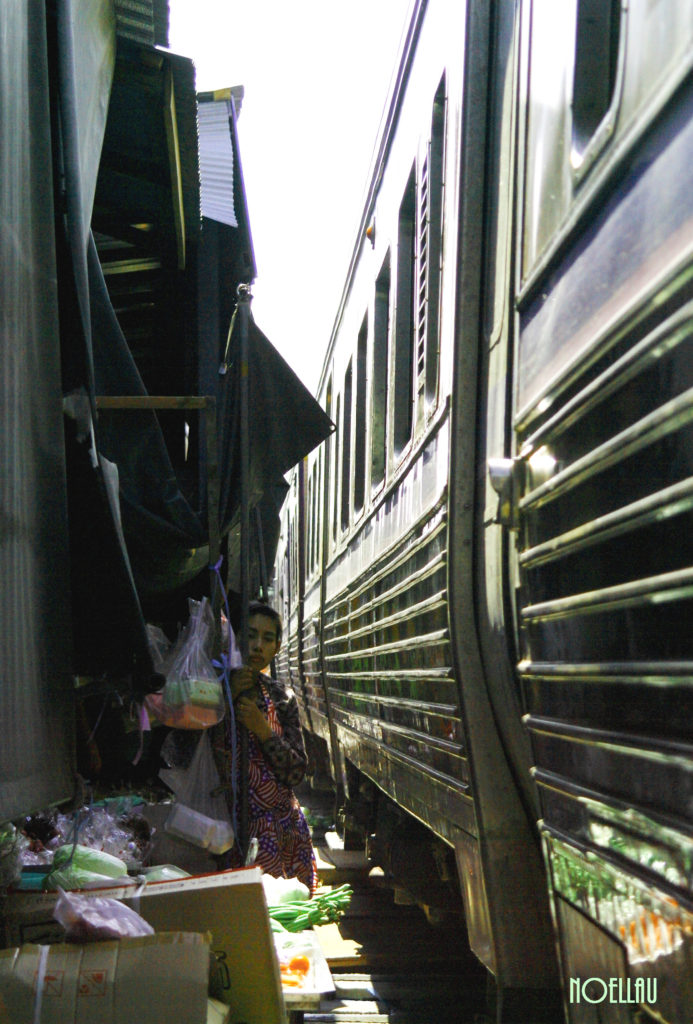 As the last car rolls pass the market returns to its normal appearance in a wave of choreographed movements by the sellers. After all, this happens 7 times a day for over a century.

This market has been here for many generations before the railway was introduced in 1905. It is a testament to Thai people’s resilient and adaptability.