About a 20-minute train ride north of Yamagata, Japan, Yamadera Temple (Hōjusan Risshaku-ji Temple) clings to the side of a steep cliff. Pilgrims and tourists alike walk the path through old-growth trees, where beams of sunlight reach the mossy rocks and little shrines and lanterns that are situated along the route. The thousand steps take about 30 minutes to ascend where there are a few different temples to see.

Jikaku Daishi founded the Yamadera temple here in 860 AD. At that time the area was part of the Dewa Province at the very northern extreme of Japan’s territory. Yamadera’s main hall, Konponchudo, is actually located at the bottom of the hill, about a five-minute walk from the train station. The beech wood building is the temple’s oldest and stores Buddhist statues and a flame that is said to have been burning since Yamadera’s foundation. The flame had been brought from Enryakuji Temple in Kyoto, the head temple of the Tendai sect, to which Yamadera belongs.

At the top, there is an observation deck where you are rewarded with a spectacular view out over the valley. The weekend sees a steady stream of visitors despite this being somewhat off-the-beaten-track. But it’ certainly worth the effort getting here.

The Yamadera train station is situated near the foot of the hill where there are a few shops and restaurants to eat at before making the climb up the hill. 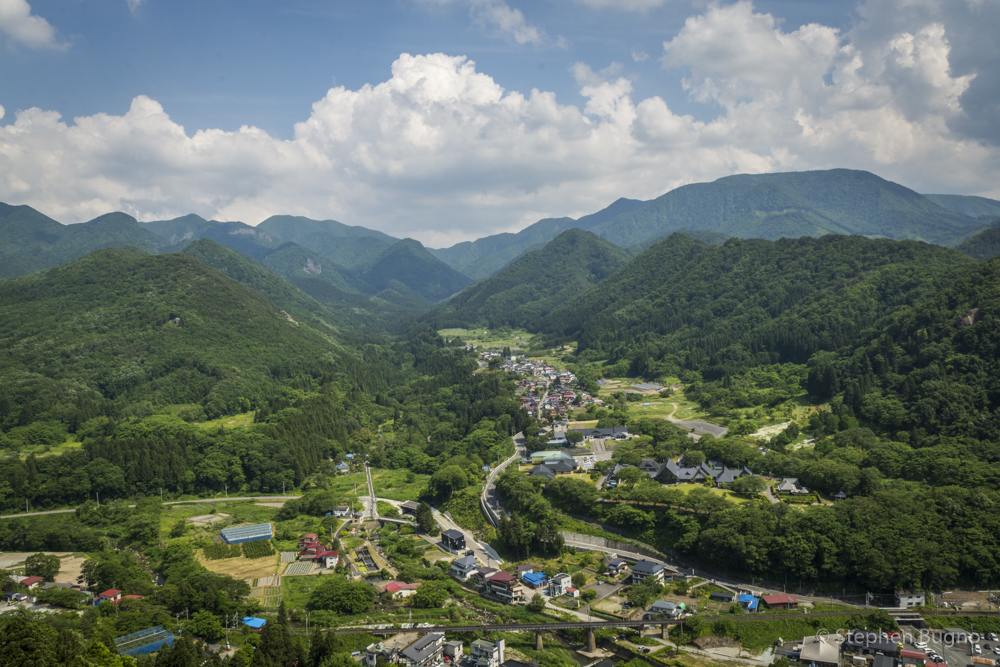