Welcome to the Rickshaw Capital of the World

Known as the “Rickshaw Capital of the World”, Dhaka, Bangladesh is estimated to have nearly a half million cycle rickshaws. They were introduced here in about 1938 and by the end of the 20th century, there were more than 300,000 cycle rickshaws in the capital city. They are a convenient form of transportation, reaching in and out of neighborhoods with narrow streets and lanes and peddling around stopped vehicular traffic.

The human-powered rickshaws are environmentally friendly, but not so friendly toward the hard-working men who power these machines. The men are known as ricksha-walas. Many of Dhaka’s ricksha-walas are from the countryside. They come into the city for about 15 days at a time, working hard to accumulate a month’s salary of about $55 US, before returning home. The wage sounds absurdly low by international standards but is considered to be pretty good since the cost of living is so low in the villages from which they come. A local told me that ricksha-walas can raise a family on that money.

While in Dhaka they stay in dormitory-type housing made of tin, situated above the rickshaw parks. No doubt the tin siding and roofing heats up the interior to unbearable temperatures in the hot season. But economic prospects are so low in the village that this is a better alternative for most. 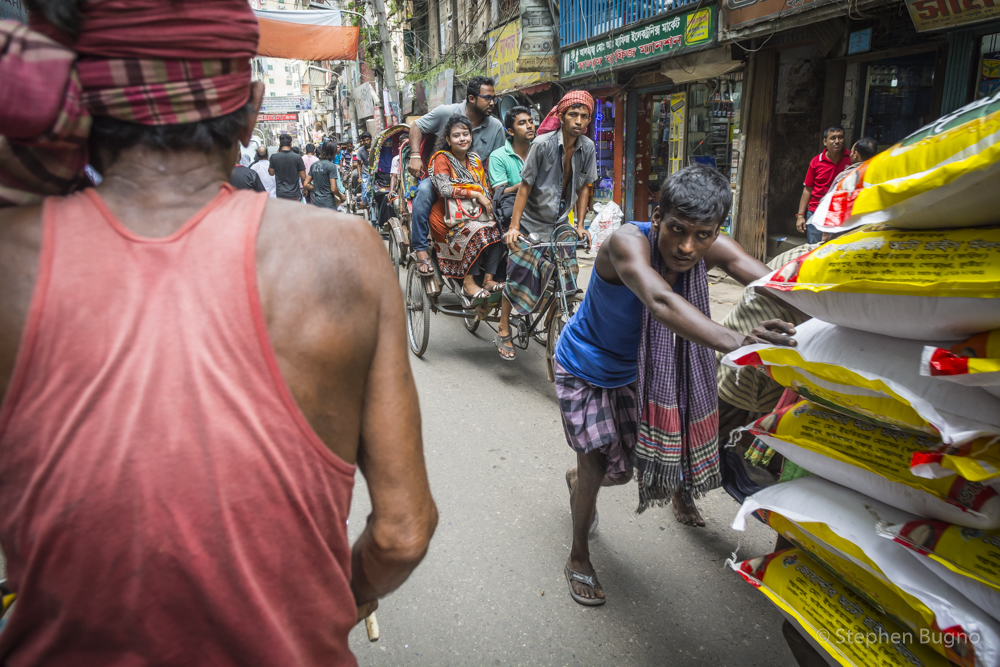 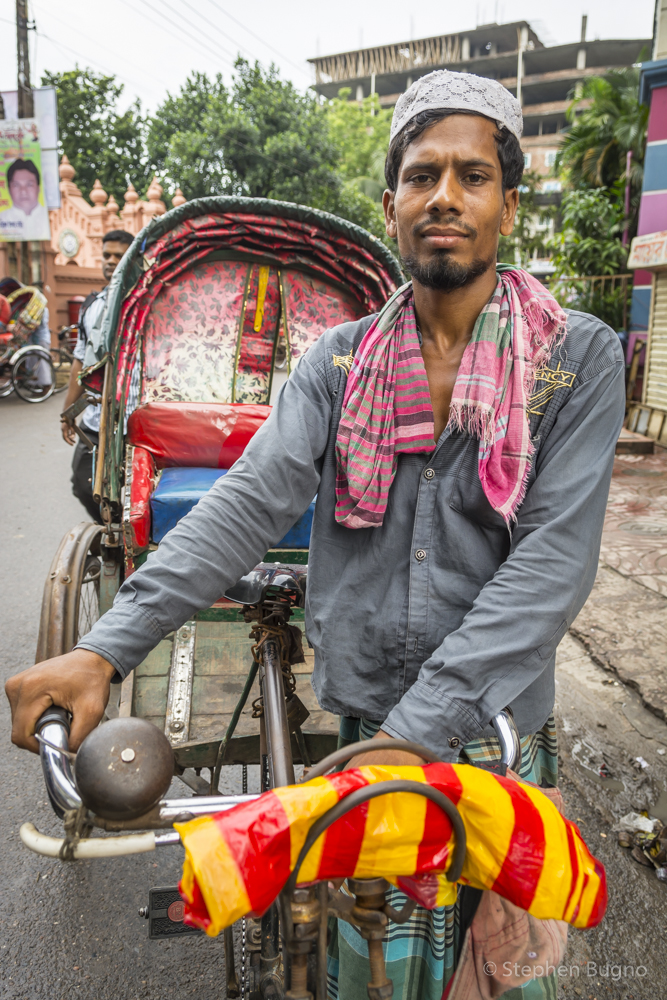 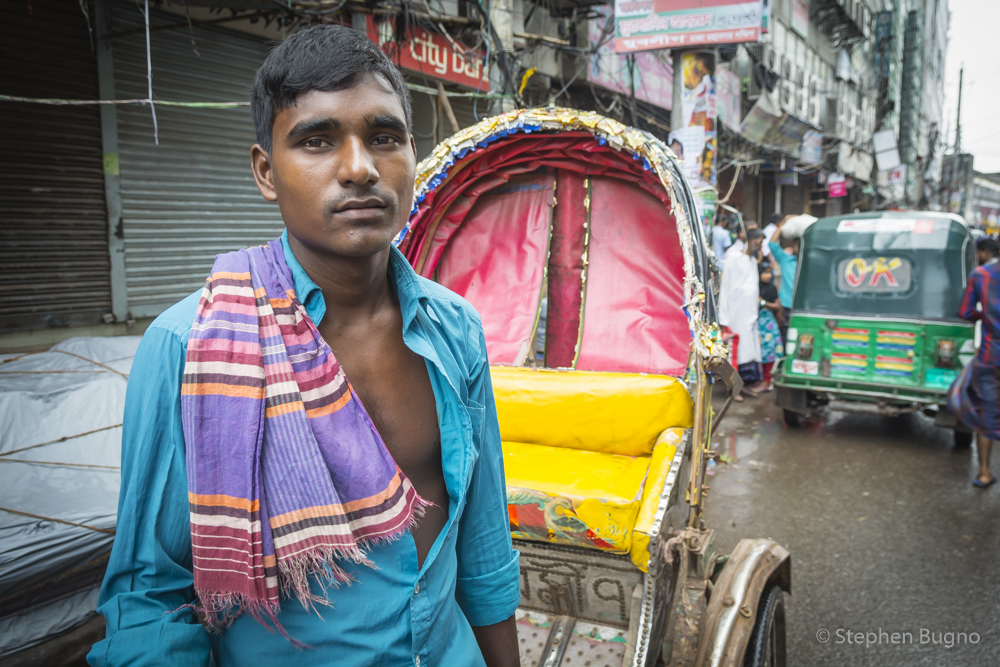 Where else have you seen cycle rickshaws in use?

1 thought on “Welcome to the Rickshaw Capital of the World”