Strong and towering walls, gold-domed cathedrals, huge palaces, and open spaces. Thus, the Kremlin sits in the center of Moscow. Much more than an iconic area, or the seat of federal power, or even a tourism site, the Kremlin is the heart and soul of all Russia. And it aspires to nothing less. 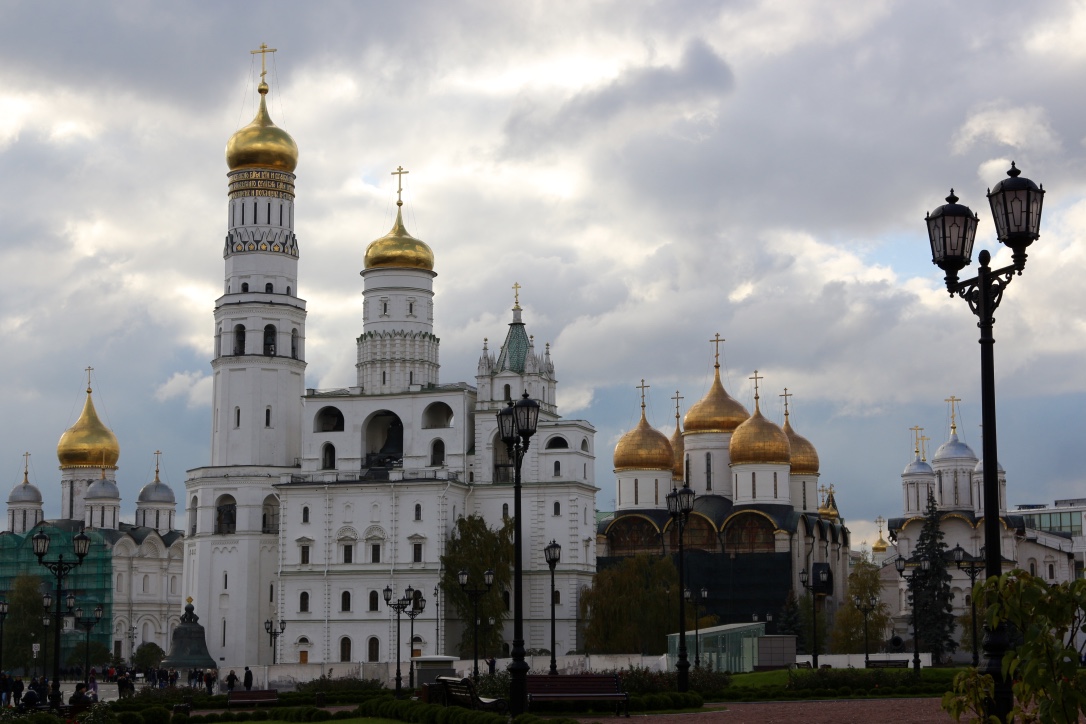 The atmosphere here is unique. It’s sedated in a way – in contrast to nearby Red Square – with people milling slowly about and softly speaking. But the Kremlin’s sheer grandeur inspires awe and wonder. I enter the complex through Trinity Tower (Troistkaya), and feel the weight of the high red walls and of history all around me.

The history of the Kremlin is indeed impressive. It was the citadel of the Grand Dukes of Moscow, then of the Tsars, until Peter I founded Saint Petersburg. After the 1917 Revolution, Moscow again became the seat of government, and the Kremlin the center of the Soviet machine. Today, it houses the Grand Kremlin Palace, official residence of the President of the Russian Federation. 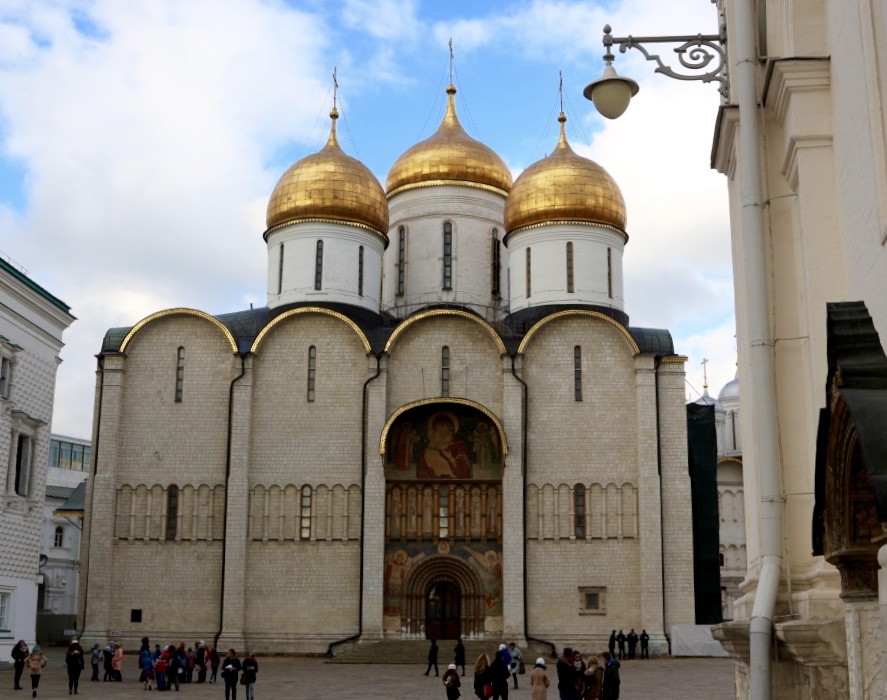 One of the main draws for tourists, architecture enthusiasts, history buffs, and pilgrims, too, is central Cathedral Square. Four cathedrals and two churches, all of them worth visiting, flank the square. Each place of piety, included in admission, is more beautiful than the previous, covered from floor to ceiling in sumptuous iconography. And many Tsars, including Ivan the Great (Terrible), are buried here, too.

Near the square, I was sure not to miss the Tsar Cannon (never fired), the largest bombard in the world, and the Tsar Bell (never rung), the largest bell in the world. Another main draw of the Kremlin is the lavish Armory Chamber, displaying everything from giant carriages to solid gold swords to some of Catherine the Great’s dresses. Most striking, however, is the combination of beauty and history of the churches, palaces, and graceful grounds here. I know that I’m in the heart of the Motherland, in a very special place charged with a special energy. 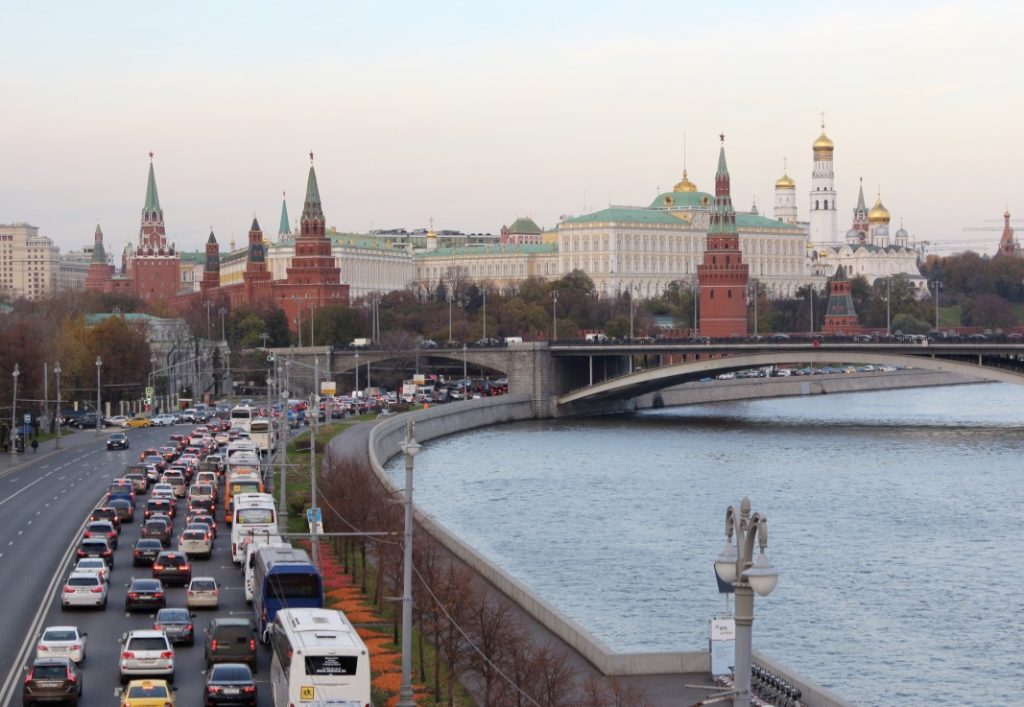