Photo of the Week: When in Siena

Bright and sunny, Siena arouses all things Tuscany. Right in the middle of this famous part of Italy, characterized by rolling hills, olive trees, and vineyards, the city’s brown stone houses rise above it all. During the Renaissance, the city was one of the wealthiest in Italy. Today, it offers a quieter and more authentic Tuscan experience than its northern neighbor, Florence. However, the Palio horse race, pitching Siena’s 17 districts against each other, interrupts the calm once a year. 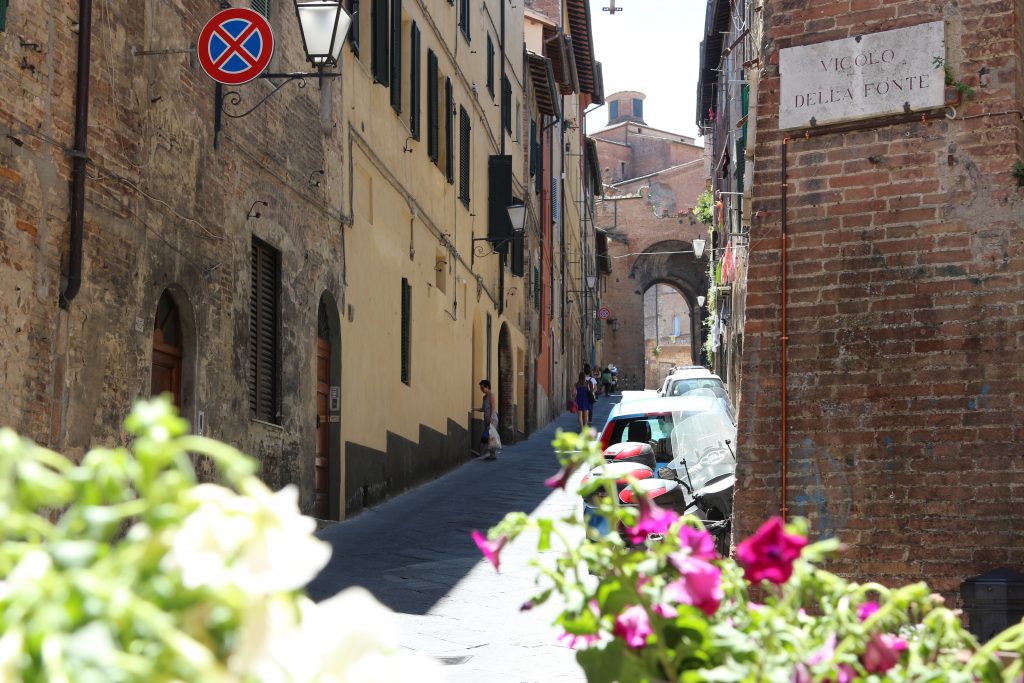 Losing oneself in the zigzagging streets is by far the best way to explore. The city is small enough that doing so is stress- and fatigue-free. Just prepare yourself for unending uphills and downhills, in true Tuscan style. Speaking of small, if you’re hard-pressed for time and can only see one museum, head to the Medieval Torture Museum. Small, but captivatingly chilling. 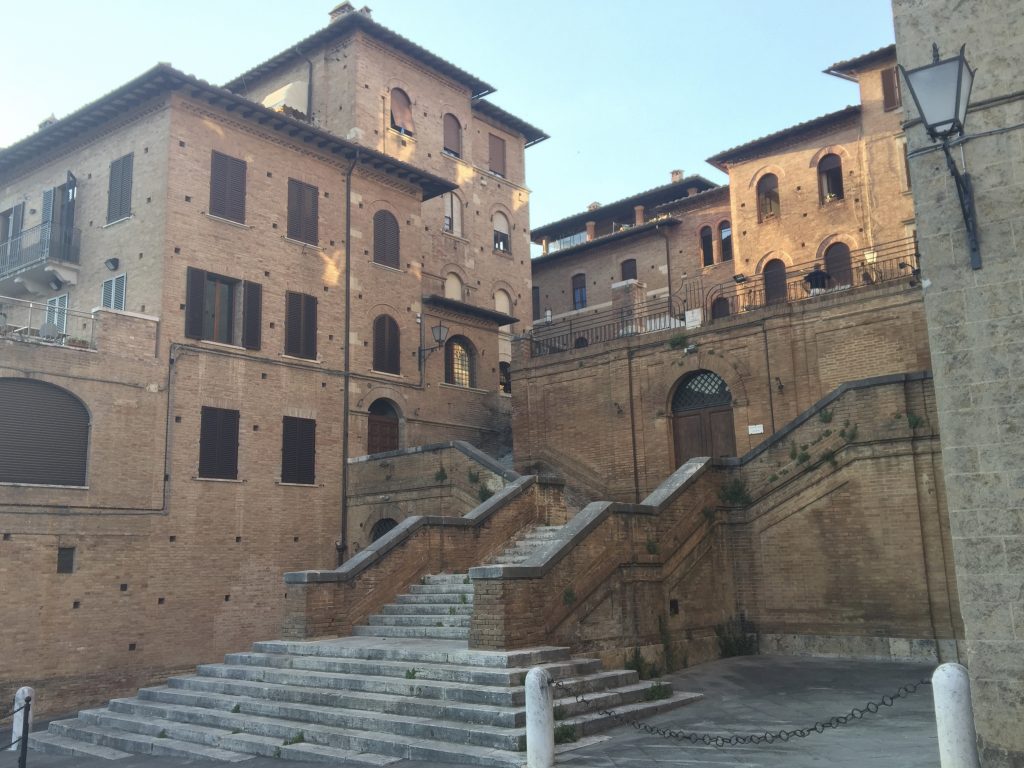 To get a sense for the layout of Siena, scramble up Torre del Mangia, adjacent to Palazzo Pubblico (housing the town hall and Siena Museum). The views of the famous Piazza del Campo (the central square), of the city surrounding it, and of Tuscany beyond are unbeatable. You won’t want to come down, instead just basking in the sun from your perch. 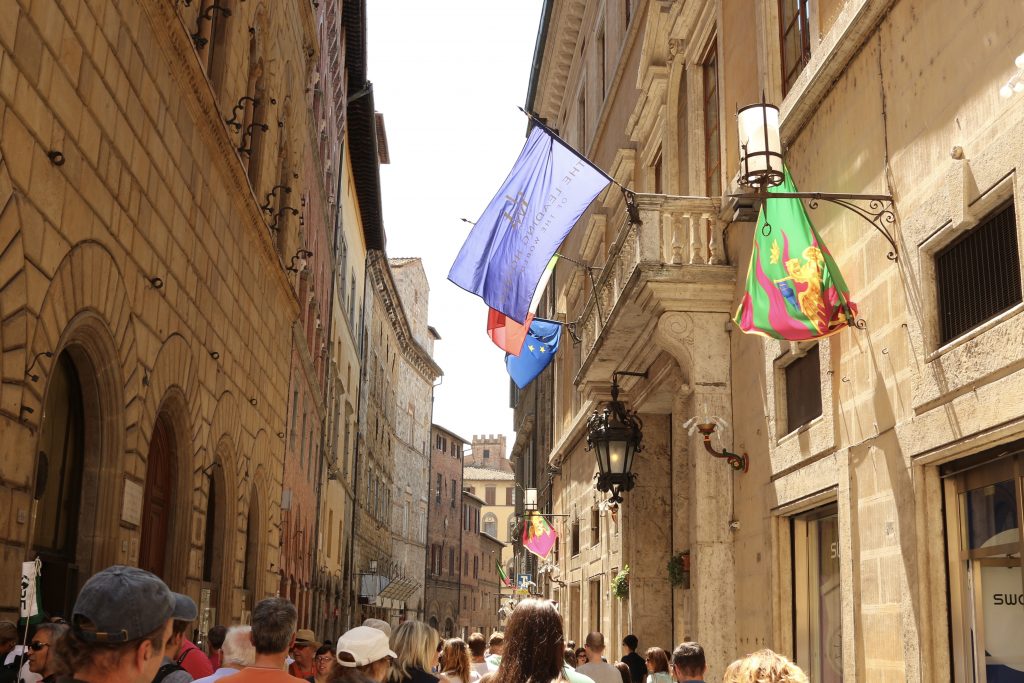 Eventually back on firm ground, you won’t want to miss the cathedral. The Gothic style has won the architectural struggle here, and you’ll quickly see why. Ornate and imposing, one easily recalls Siena’s glory-filled past. Inside, be sure to visit the enchanting Piccolomini Library, with its frescoes and manuscripts. 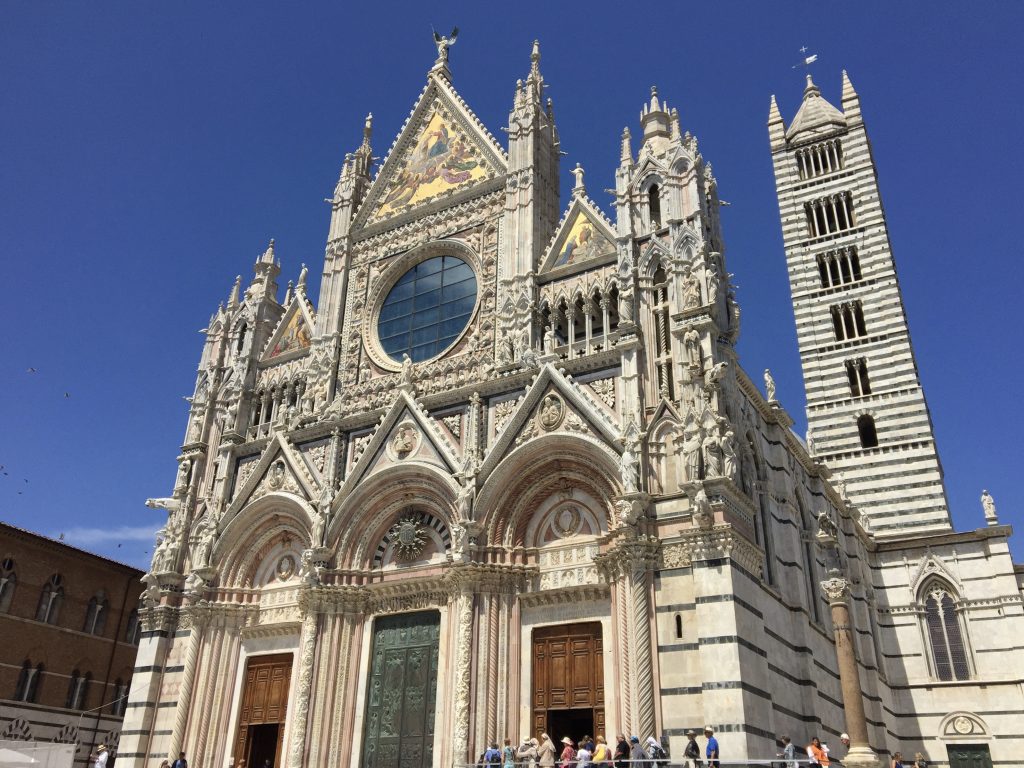 Even in the middle of the summer, Siena can feel truly peaceful and sedated. It firmly upholds the Italian way of taking it easy. Thanks to the stone of the city, you’ll stay cool. And you’ll even feel almost alone as soon as you take an unplanned turn down a side street. Be sure to seek out the many hole-in-the-wall trattorias, serving up delicious pasta and more. Many people go straight from Florence to the Tuscan countryside or beyond. But Siena fully merits to be a place of relaxation, with enough cultural to dos to keep it interesting, in and of itself. 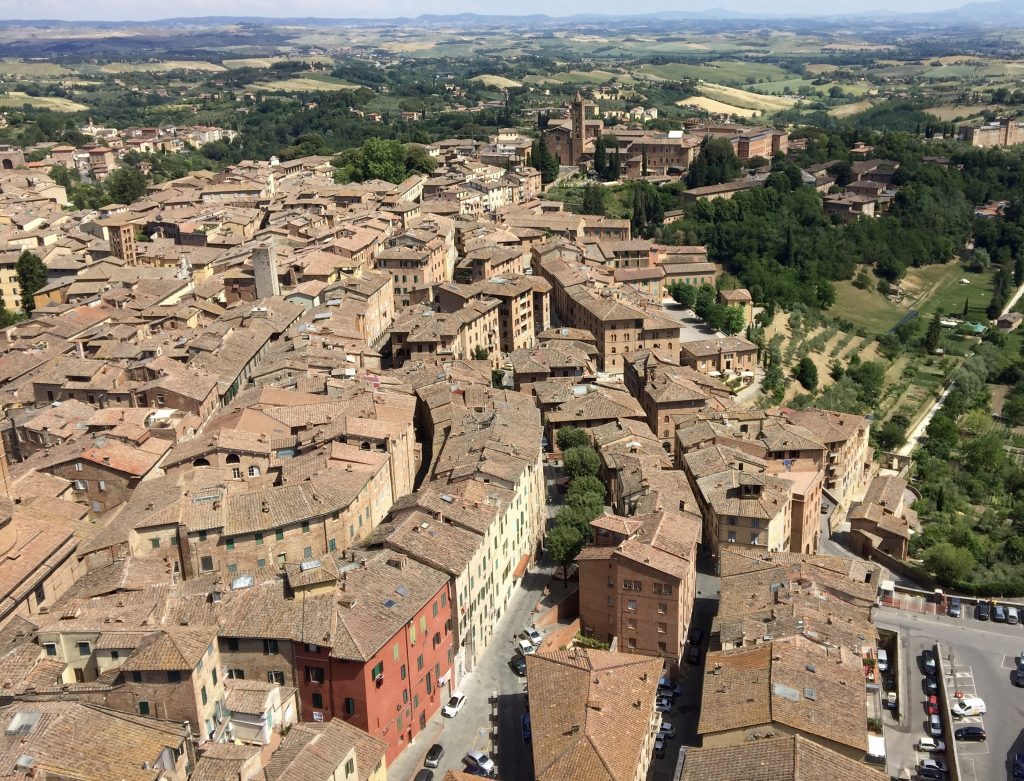