To the average traveler to Tahiti, Papeete is often simply a stopover before catching a flight or boat to one of the many islands that make up French Polynesia but to the residents of Tahiti, Papeete is their capital, economic center, and largest city. Although not as alluring as the idyllic beaches of the outer islands, Papeete is the cultural and historical hub of the Society Islands and worth a few days exploration before heading off to other destinations in French Polynesia or the greater South Pacific region.

International flights and cruises to Tahiti both take you directly into Papeete, which stretches along the northwest coast of the island of Tahiti. A good point of orientation would be the port, which is likely to have at least one large cruise ship towering over the town. This marks a northerly point to start a walking tour that meanders south, taking in Papeete’s modern and historic government buildings, markets, shops, churches, and parks.

A coastal park wraps around the waterway making for great people watching and as you stroll you’ll encounter small museums and shops showcasing Tahitian culture and Tahitian-made products, such as pearls, wood carvings, and beautifully woven basketry.

As you explore you’ll find an array of high-quality street art around every corner, the result of Ono’u, an international graffiti festival held in Papeete every year. 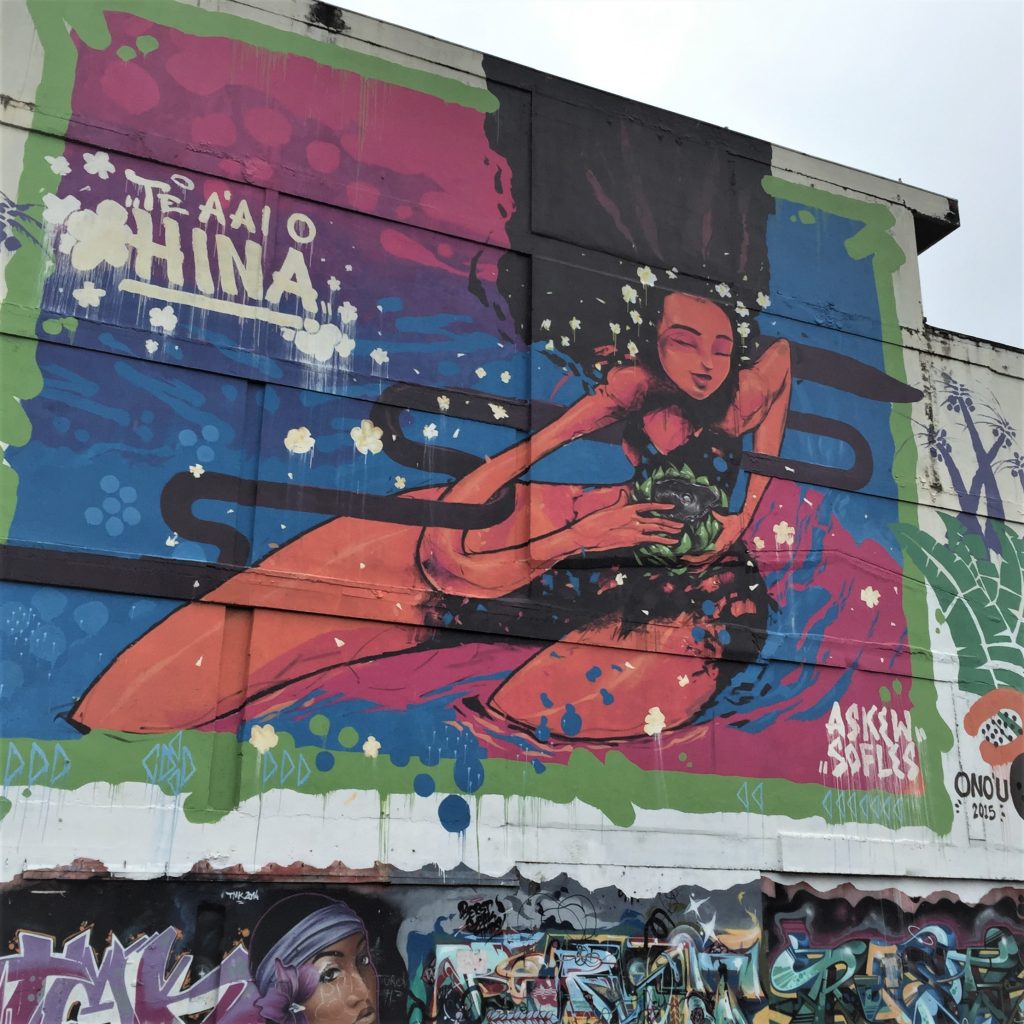 Being a tropical island you’ll have the opportunity to gorge on fresh fruit, of which the pineapple, different varieties of bananas, and coconut products particularly stand out. It’s worth trying a bit of breadfruit at the market and reading about the fruit’s interesting history even though it won’t be your new favorite food.

In the evenings, Tahitian food carts, called roulottes, appear in parks in town and along the coast and offer everything from pizza to Chinese food, as well as French-Polynesian fare. Poisson cru (French for raw fish), is a particular favorite– picture a ceviche with coconut milk. There are many other delicious raw and cooked fish preparations as well.

In town, you’ll find a range of food options from sandwich and smoothie shops to expensive French restaurants. For a taste of more authentic Polynesian food, look out for po’e, a dessert made from roasted and mashed starches and fruits. 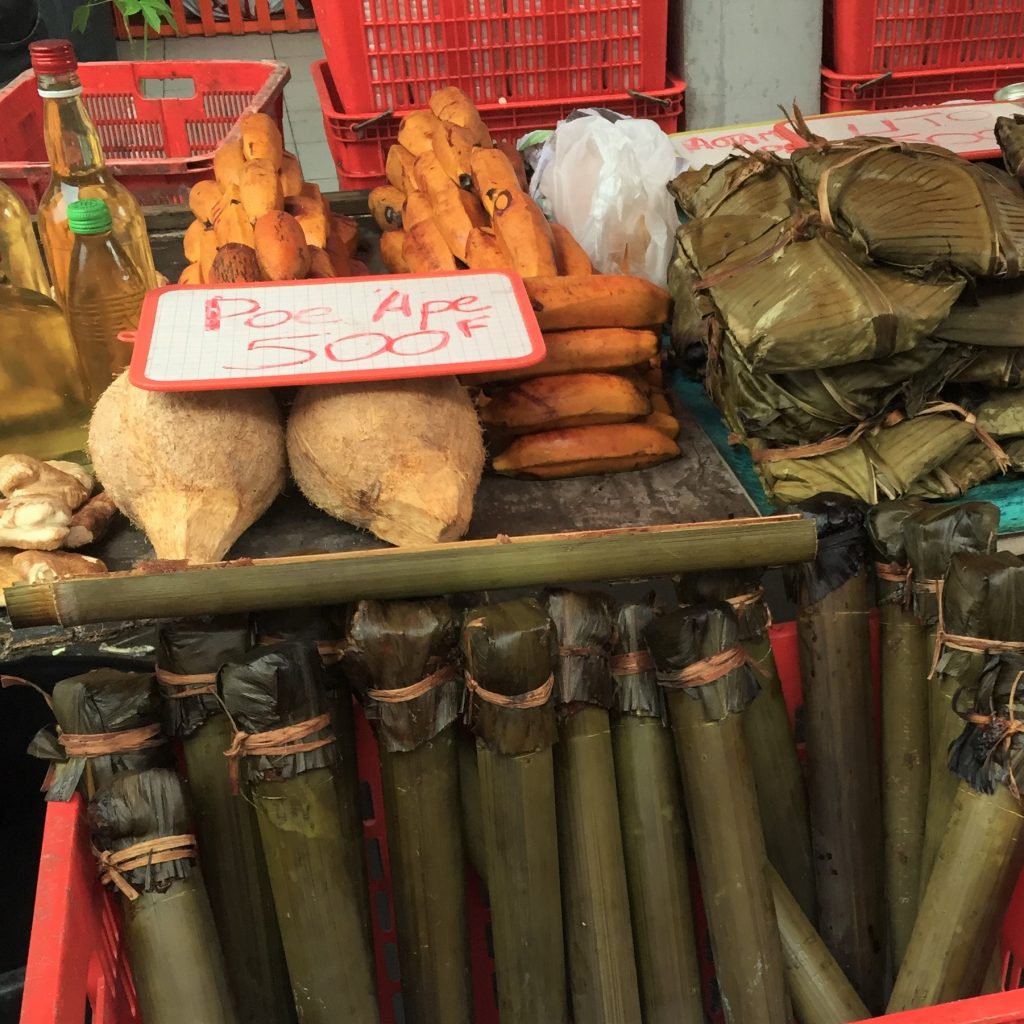 Tahiti’s most interesting and attractive sights are not really to be found in Papeete. One can take a short (25 minute) ferry to Moorea to start to see the paradise they envisioned on a day trip. Alternately, take a day to branch out from town and trek the main road that circles the island.  A bus system called le truck can take you around, though make sure you check up on schedules and grab a map as it doesn’t run at the same frequency all of the time.  During my visit, flooding from a recent typhoon had caused road damage, cutting off some destinations. Grab a map in town that will give the exact mile marker to look out for and hit up beaches, museums, waterfalls, archaeological ruins, and more.

Whether you take the bus or opt for renting a car or motorbike you can do the whole circle in a day or stretch it out over two with more stops. The southerly route has the Museum of Tahiti and Her Islands, the countries largest collection of ethnographic and historical objects and the Paul Gauguin Museum, devoted to the French artist’s works. As you explore, look out for signs that point the way to beaches (look for the French word plage) and marae, the archaeological ruins of traditional Tahitian sacred places. 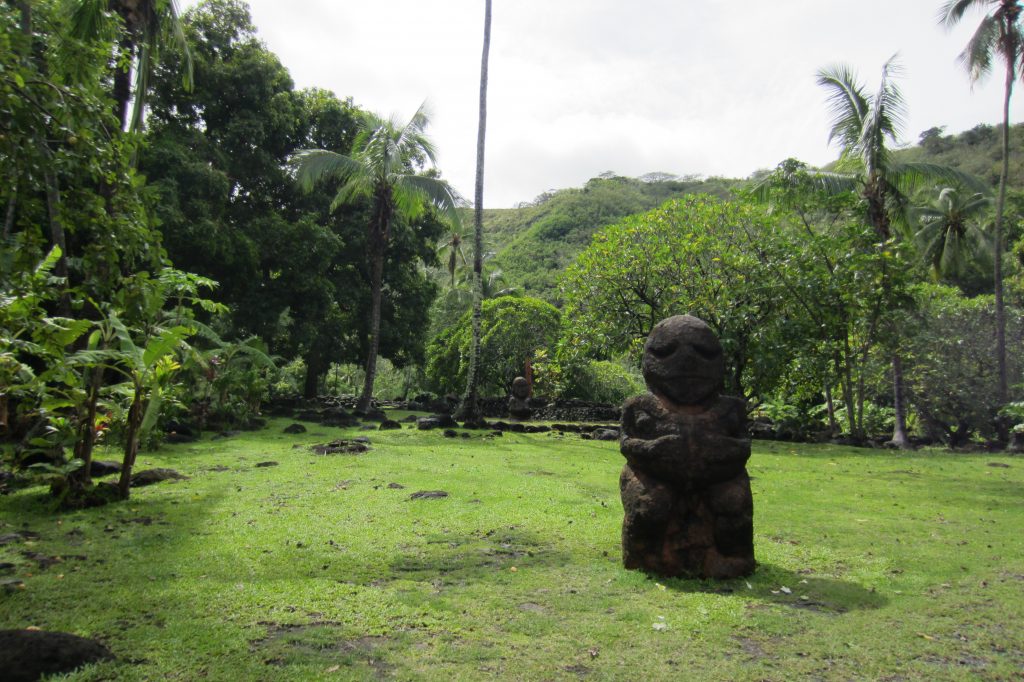 Tahiti won’t compare to the usual budget traveler haunts but careful planners can keep costs reasonable. Take advantage of offseason (January through March) deals from Air Tahiti Nui that combines low-cost flights with free hotel stays and some meals. Stick to open-air markets by day and roulottes at night to eat well without breaking the bank and opt for the local Hinano Beer rather than cocktails. Check forums for advice on camping and book early for reasonably priced Airbnb rentals. The ferry to Moorea and the public bus system are very affordable and of course, the beautiful scenery of Tahiti is free. 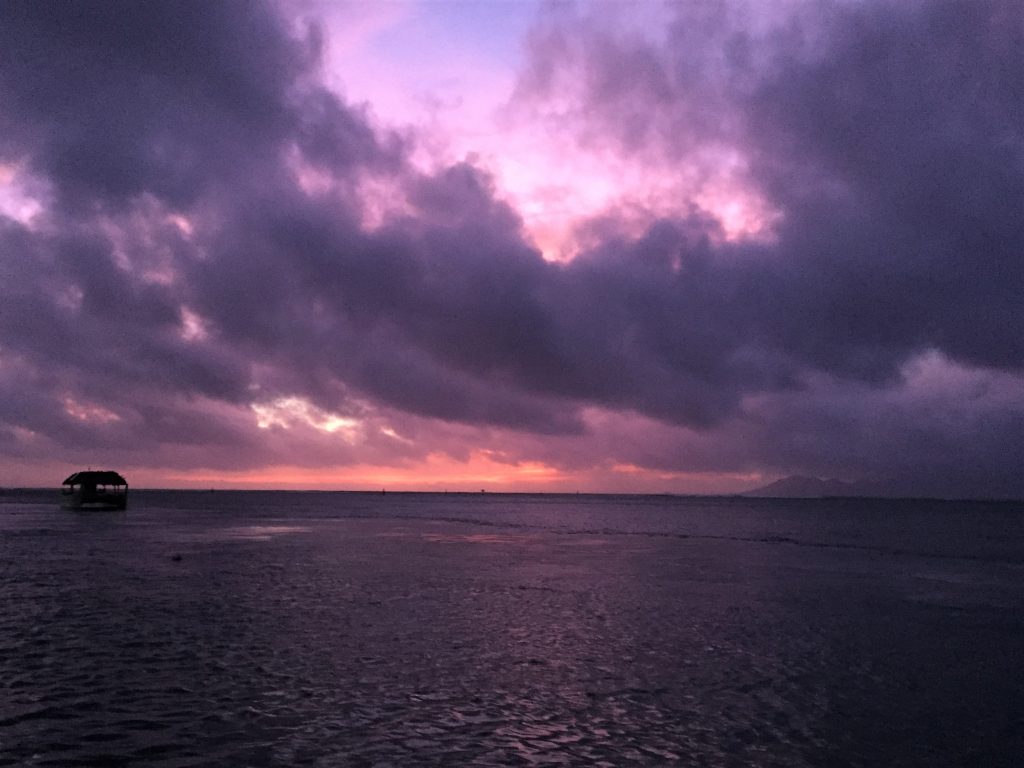 Although most hotels and shops in the touristed areas have English-speaking personnel the languages of Tahiti are French and Tahitian. Any effort to communicate in French is met with genuine appreciation. I did witness a few occasions where vendors at the market and roulottes chose not to respond to people who spoke to them entirely in English. Although my French was very low level I found everyone was patient and helped facilitate communication.

I visited during the offseason and there were few tourists but remarkably never had any issues with touts or overly-aggressive vendors anywhere I went. People were friendly and welcoming but also just went about their own business, leaving me to enjoy their city and observe their culture without the impression that I was in an inauthentic, overly-touristy locale which surprised me after visiting other cruise-ship destinations around the world that gave a different impression.

MacKensie Cornelius is an archaeologist and writer based in Portland, Oregon. You are just as likely to find her on a solo adventure in bush Alaska or taking a city retreat in Montreal. You can follow her on Twitter, Instagram, or her website.